(Natural News) Whether your lips are tugging on electronic cigs or cigarettes, the complaints are always the same about the nicotine damage being done to your body, your mind and your senses. Respiratory problems creep in slowly, even for those suffering from secondhand exposure, and that’s a scientific fact. Then, blood pressure is always a problem, even if the doctors don’t catch it early, it’s there, building up like a volcano. M.D.s call those problems “abnormalities,” and those so-called irregularities can walk you by the drug-addiction-leash down a dark corridor, to pneumonia, seizures and even death.

By the way, nicotine is the third-most-addictive drug on Earth, right behind cocaine and heroin, so don’t feel so bad if you’ve been planning on quitting for months or years. After long term use though, you can’t think straight for long, can’t breathe in deeply, forget things easily, lose some eyesight and hearing along the way, and oh, that sense of smell. What’s even worse than that? Over time, the nicotine addiction hijacks your motivation system, and then you’re royally screwed without every nicotine fix, which only lasts for 15 to 20 minutes, then slips into that deep dismal swamp of “bad feelings.” What to do?

Some folks switch off cigarettes and onto electronic cigarettes, thinking they’re “off the hook.” Nope. Some reports have come in of e-cigarettes exploding in people’s mouths, ruining their teeth, gums and tongue. Other nicotine victims begin developing neurotic behaviors, twitches, anxiety and depression. That’s because nicotine is a stimulant in the short run, but a very dark and scary depressant in the long run. It’s the long game that kills you. Tears you apart limb from limb, including those extremities. That’s why you see some smokers missing the tips of their fingers, and you thought they got frostbite or something, but the nicotine cuts off circulation of oxygen to the capillaries. It’s an “end result” and it gets ugly fast. What to do?

Dopamine is a natural feel good chemical our body produces, so why not BOOST it naturally, instead of with a drug?

Dopamine is the feel good chemical our bodies create naturally for reward and motivation. In a clinical study at Baylor Medical College in Texas, researchers discovered low dopamine levels are the main reason smokers relapse when trying to quit – because dopamine is released when smoking due to the highly addictive drug nicotine. Understand that the nicotine acts like a crutch, so eventually, the body nearly stops creating dopamine without the “nic fix.” That’s where that idiom came from.

Plus, you need the dopamine for the firing of your “pistons” (neurotransmitters) for cognition, memory and a positive mood. Got brain fog and low energy? At the end of that desolate highway lives Parkinson’s disease. What can you do about all of that?

Let’s look at the science, before the skeptics start quacking all over the place. In a peer-reviewed, clinical study published by the US National Library of Medicine, scientists and doctors found that mucuna pruriens (an amazing superfood) helps raise dopamine levels naturally for Parkinson’s patients, who have historically low dopamine levels, just like … wait for it … wait for it. Smokers and e-cig users.

Mucuna boosts natural human production of dopamine by providing L-Dopa, a certain amino acid synthesized in your brain. No more need for nicotine, but who knew? Big Tobacco surely isn’t telling their customers for life. The vape industry is almost as sinister, minus the bug-and-weed-killing pesticides and the ammonia. The combination of chemicals and the drug nicotine have imprisoned a billion people around the globe, by seizing control of the dopamine reward pathway, and providing an addictive crutch. There is a way out. What if you could get the same dopamine stimulation and release, but from something safe, natural, and just as effective? Here’s where science and natural medicine work perfectly in tandem. It’s Dopamine 101. 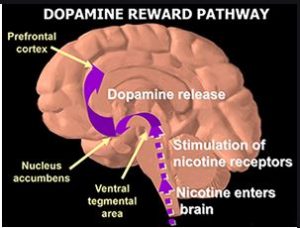 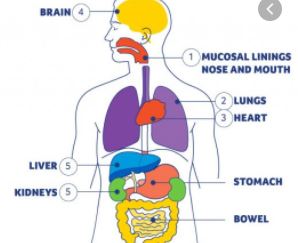 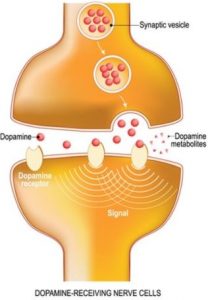 An innovative alternative to smoking, vaping, the nicotine patch or the nicotine gum is called Krave Kicker. This natural alternative to nicotine was first discovered by renowned raw-food expert David Wolfe and shared at his health seminar in Baltimore nearly a decade ago. Backed by peer-reviewed research published in the British Medical Journal (BMJ) and the National Institutes of Health (NIH), this “zero nicotine, zero cravings” product is discreet and powerful when combined with vitamin B-12, which helps balance your central nervous system.

Safe, effective and market tested, thousands of people are turning to all-natural Krave Kicker when they can’t get to their cigs or vape, finding out that the steady, natural dopamine boost is so much better than the artificial, chemically-induced nicotine surge, that they end up exiting the nicotine hook entirely. It’s the great vape escape. An innovative alternative to the nicotine patch and gum. 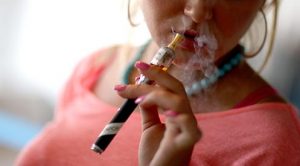 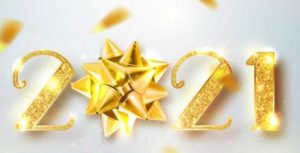 Hey, that’s great timing for your 2021 New Year’s resolution to clean up your system! So, get right to it. Quit nicotine naturally for 2021 and reclaim your brain health, lung health, memory, focus, taste and sense of smell. What a difference a little difference can make!

Tune your internet dial to StopSmoking.news for updates on quitting the world’s third most addictive drug. This has been a public service announcement from Natural Health News.

Previous :Top 10 absurd COVID rules, regulations and mandates
Next : Top 7 supplements and superfoods for de-stressing while strengthening immune defenses during these tumultuously-political and germ-paranoid times
Receive Our Free Email Newsletter