The pieces are falling together.

We’ve identified Ralph Jones, Sr. as the supervisor running the late night ballot counts in Atlanta in secret after sending all Republicans home from the arena.

Gabriel Sterling, the loud mouth and no doubt crooked Georgia Elections representative, spoke about ‘Ralph’ in an interview on Newsmax earlier this week.  The Ralph that Sterling is referring to is Ralph Jones Sr. who was involved in a scandal with the Atlanta Mayor and who also was supervising the team that stuck around Atlanta’s State Farm Arena on Election night and began counting ballots brought out from under a table.

Sterling knows Ralph by first name. (Is Sterling one of the individuals calling Ralph at midnight on election night?)  See video of interview below at the 11:10 mark where he refers to Ralph and again at the 12:00 mark where Sterling says:

And that’s actually Ralph in the red shirt right there and he’s the one who told me to stay back and continue to work.”

Jones’ son, Ralph Mays Jones Jr is connected to the Atlanta mayor involved in a scandal and directly to Stacey Abrams per his Facebook page: 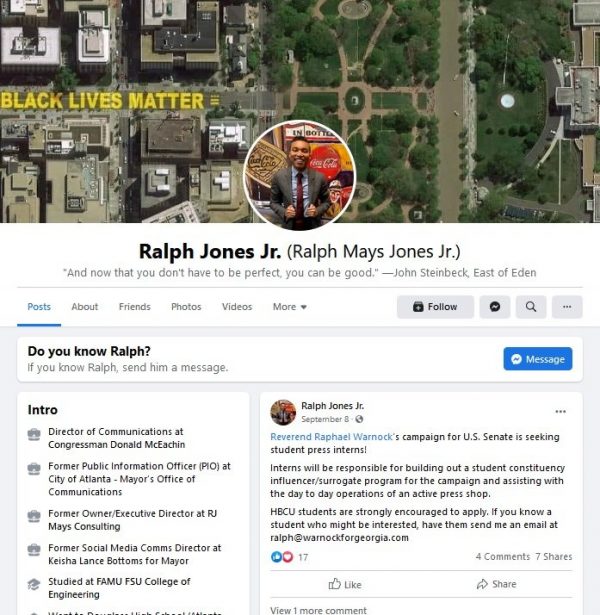 Ralph Jones Jr, a spokesman for Democratic US Senate candidate Raphael Warnock’s campaign, praised Abrams’ contribution to Democratic gains in Georgia, saying she “helped register hundreds of thousands of new voters, many of whom are young people of colour, and the turnout in this election has already blown past expectations”. 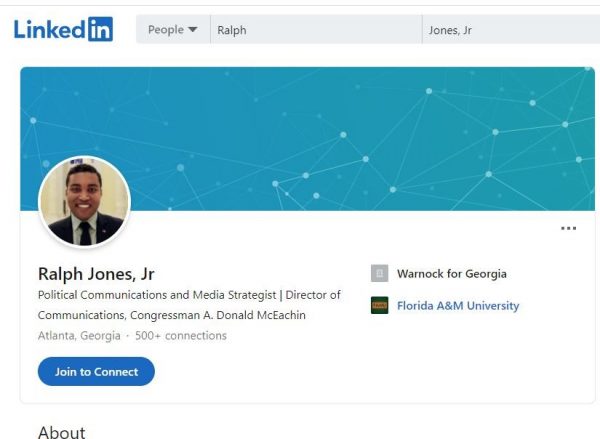 What the hell is going on in Georgia?