(Natural News) An election integrity watchdog said the current Electoral College deadlines not only have “zero constitutional basis,” but are preventing states from fulfilling their legal and ethical obligations to ensure free and fair elections.

The Amistad Project of the nonpartisan Thomas More Society released the study (pdf) on Dec. 4, making the case that the only constitutionally set date in the election process is Jan. 20, when the next president of the United States will be sworn in. All other dates, including the “safe harbor” deadline, the Electoral College vote on Dec. 14, and even the congressional vote count on Jan. 6, are dates set by federal law, which the document argues are “arbitrary” and founded on obsolete concerns.

“Experts believe that the primary basis for these dates was to provide enough time to affect the presidential transition of power, a concern which is fully obsolete in the age of internet and air travel,” The Amistad Project said in a statement.

The first of these dates, the so-called safe harbor deadline, is pursuant to federal law (3 U.S. Code Section 5) and is understood to free a state from further contest-of-election challenges if it settles legal disputes and certifies its results at least six days before the Dec. 14 Electoral College meeting.

The Amistad Project called the Electoral College deadlines “both arbitrary and a direct impediment to states’ obligations to investigate disputed elections” and argued for the deadlines to be overlooked, if needed, in the broader interest of thoroughly investigating allegations of voter fraud.

The view presented in the paper corresponds with remarks made by attorney Sidney Powell, who has spearheaded various election-related legal challenges in battleground states, bringing forward a growing body of evidence in support of claims of widespread voter fraud in the 2020 election.

“With the fraud case, the Dec. 8 deadline doesn’t apply,” Powell told Newsmax in a Dec. 4 interview. “We have at least until Dec. 14.” 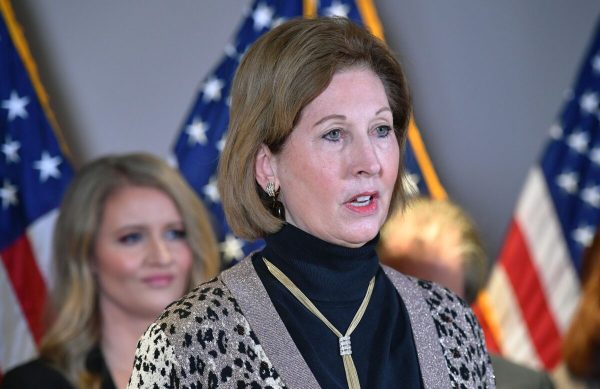 Sidney Powell speaking during a press conference at the Republican National Committee headquarters in Washington on Nov. 19, 2020. (Mandel Ngan/AFP via Getty Images)

“We might file more suits,” she said, adding that the suits she and other allies of President Donald Trump have been filing “are not pure election contests.”

“These are massive fraud suits that can set aside the results of the election due to this fraud at any time,” she said. “The states should not be certifying election results in the face of it.”

The Amistad Project has also filed litigation in several key swing states, arguing that illegal actions on the part of state and local officials led to more than 1.2 million potentially fraudulent ballots.

“Through rigorous investigations supporting our litigation, we demonstrate that state and local officials brazenly violated election laws in several swing states in order to advance a partisan political agenda,” said Phill Kline, director of The Amistad Project, in a statement. “As a result, it is impossible for those states to determine their presidential electors in line with the arbitrary deadline set forth via federal statute in 1948, and thus, the only deadline that matters is Jan. 20, 2021.”

Steps relating to certification and appointment of presidential electors are often regarded as formalities and, as such, have drawn little public interest, but the mechanics of electing a U.S. president have drawn new scrutiny this year as Trump and his allies continue to pursue legal strategies attempting to prove the results were fraudulent.

The results of the Electoral College vote are due to be received, and typically approved, by Congress on Jan. 6, although lawmakers can object to accepting the electors’ votes. The Democratic-controlled House and Republican-controlled Senate would both vote separately to resolve any disputes. One has already arisen from Pennsylvania, where 75 Republican lawmakers on Dec. 4 signed a statement urging Congress to block the state’s electoral votes from being cast for Democratic nominee Joe Biden.

The Trump legal team has pursued numerous legal challenges while continuing to collect evidence in support of allegations of malfeasance. One of the strategies pursued by the Trump team has been to call on Republican state legislatures to appoint a rival set of electors pledged to Trump. This tactic suffered a setback in the battleground state of Arizona on Dec. 4, with the state’s Republican speaker of the House saying that calls to overturn the certified results of the presidential election aren’t lawful and will not happen.

According to federal law, both chambers of Congress would need to vote to accept a competing slate of electors. If they don’t, the electors appointed by the states’ governors must be used.

After the Electoral College casts its votes, the last remaining move to block the election would be an effort to vote down the electors in Congress. This has been attempted before, when a handful of congressional Democrats in 2000, 2004, and 2016 objected to making both George W. Bush and Trump president. Their numbers weren’t enough to block the two men from taking office.

“For the sake of American democracy and to strengthen our fraying social fabric, it is preferable to address the fraud issues before determining who is the next President,” The Amistad Project noted in the paper, adding that “rigorous” fraud investigations would continue past Inauguration Day.

The paper called on Biden and his allies to welcome such a probe, “otherwise, a dark cloud will hang over the Biden administration if it becomes clear his election was illegitimate, and the socio-political fragmentation that is occurring in the United States will only worsen.”

Read more at: TheEpochTimes.com and VoteFraud.news.