(Natural News) Trump attorney Sidney Powell is emerging as a champion of our constitutional republic, and she is now offering explosive details about the Dominion / Scytl voting fraud that, once confirmed, will rock the entire world and reconfigure the entire political landscape in America.

Now, Powell says she has “smoking gun evidence” that will prove massive election fraud within the next two weeks. And with the U.S. Supreme Court now reorganized, where five of the six swing states are now under the jurisdiction of conservative jurists, it looks increasingly clear that when all this goes to SCOTUS, a decision will almost certainly be made that renders fraudulent votes “irredeemably tainted” and therefore null and void.

This would give Trump a clear victory in numerous swing states, handing him a victory for the national election and likely giving him over 300 electoral votes.

EXCLUSIVE: Sidney Powell says she has video and picture evidence of election fraud. Powell says, I guarandamntee you this [the fraud] crosses party lines.” https://t.co/V6j5Nk1z72

From that interview, above she lays out even more evidence of coordinated, deliberate election rigging, including the following: (h/t to ThePalmieriReport.com for this list)

More information is also coming out via The Washington Examiner:

She tells Larry O’Connor she is willing to stake her personal and professional reputation on the allegations she has made. She says the legal team has pictures of votes being manipulated in real time. She answers pointed questions about her allegations regarding the computerized voting systems on election night. She says Republicans have benefitted from these systems as well. She also says she would LOVE Dominion to sue her over her allegations so she can conduct civil discovery. She also responds to the charges made by Tucker Carlson on Fox News Thursday evening.

An interesting twist in all this is that Fox News’ Tucker Carlson — already being nicknamed “Cucker Carlson” — has been trying to pressure Sidney Powell to publicly disclose all her evidence and legal strategies, obviously so that Carlson and Fox can deliver this information to George Soros, Dems and the globalists who are trying to defeat America.

Powell is not do easily intimidated, it turns out. And Tucker Carlson just committed career suicide by attacking Sidney Powell. Similarly, Fox just utterly destroy any remaining credibility it once had, and viewers are leaving in droves, moving over to Newsmax and OANN where real news still exists. Plus, plenty of new people are also discovering InfoWars, Brighteon.com, Parler and other alternative platforms and news sources.

Let it be known to all who are listening: We stand with Sidney Powell. Tucker Carlson and Fox News can go jump off a cliff, for all we care. You’re either with America at this point, or we want nothing to do with you, period. (Note: There are still some good people on Fox Business such as Maria Bartiromo and Lou Dobbs. We’re not yet sure where Hannity is going to come down on all this, but he’s probably being “handled” by his Fox bosses.) 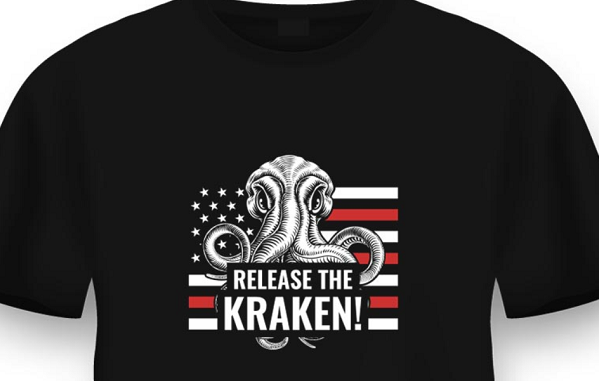 Military, police and first responder discounts are available the Brighteon Store. Thank you for your service, and your support!

Here’s my Situation Update podcast for Nov. 21 – with huge news and new details about how the mass arrests will go down in America: