(Natural News) Pop star Madonna saw a bit of her own social media censorship the other day, when Instagram removed her post from their platform for spreading “conspiracy theories” about coronavirus. Interestingly, the 61-year-old pop star is a Chinese Virus truther who believes that hydroxychloroquine may be a helpful therapeutic drug for people.

Instagram, the photo-centric social media platform owned by Facebook, confirmed on Wednesday, July 29, that they had taken down the singer’s post for making “false claims about cures and prevention methods for COVID-19,” according to Yahoo! News. 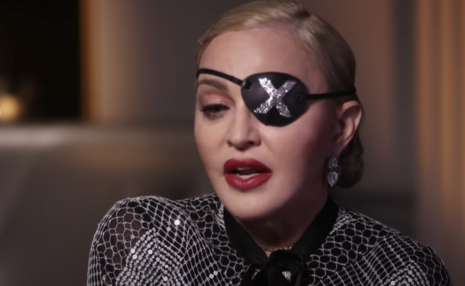 The post Madonna shared contained the infamous “America’s Frontline Doctors” video that had broken the internet for pushing a China Virus narrative contrary to that of the mainstream media.

Of course, according to social media companies like Facebook and Twitter, any unorthodox opinions about coronavirus and hydroxychloroquine are too dangerous to be out in the open, even if free speech is a thing. The tech companies began a campaign of deleting the videos featuring the doctors’ dissenting opinions which included downplaying the importance of masks and arguing for kids’ return to school in the fall

Madonna shared the video, which had been widely circulated on the internet by conservative news outlet Breitbart, on July 28, and captioned it with, “The Truth will set us all free.” The music legend added, “But some people do not want to hear the truth, especially the people in power who stand to make money from this drawn out search for a vaccine.”

In her post, Madonna also personally thanked Dr. Stella Immanuel, one of the speakers who claimed that “there is a cure” for coronavirus, that being “hydroxychloroquine.” Of course, many doctors and scientists referenced routinely by the media maintain that hydroxychloroquine is not helpful for treating coronavirus, though there have been some studies showing the drug helps patients. The media distances itself from those claims completely.

Either way, big tech in this circumstance has felt the need to remove the videos because of the risks involved in this information, which many conservatives consider extreme and a violation of free speech. Fox News host Tucker Carlson called the removal of this specific video from the internet, “Censorship” that “threatens public health.”

Though the social media platform believes it has a duty to arbitrate the truth even if that means removal of opinions from dissenting doctors. Yahoo! reminded readers of Instagram’s team of “45 third party fact checkers” who have a commitment to stop “the spread of false information.” So committed that you can’t find an opinion not approved by the mainstream.

What must have been weirdest for Madonna was that she was censored for sharing the same opinion posted by the president and his son, Donald Trump Jr., even though her personal association with the Trumps involves big dreams of blowing up the White House with them inside.

The president and his son both shared clips from the video featuring the coronavirus truthers to Twitter, and while Trump Sr. got his post flagged, Don Jr.’s account was temporarily suspended.

One of Madonna’s famous friends appeared puzzled that the singer would share something so controversial. Eurythmics singer Annie Lennox commented on Madonna’s post, saying, “This is utter madness!!! I can’t believe that you are endorsing this dangerous quackery. Hopefully your site has been hacked and you’re just about to explain it.”

Don’t worry, Annie, Instagram cleaned it all up. You don’t have to see the hurtful opinions any more!