(Natural News) I have long suspected Chief Justice John Roberts of being involved in activities in which his vote was compromised and favored the loberal position. In this article only 2 examples will be set forth, but there are many.

Let’s not forget that Roberts allowed Obama the unconstitutional right to make Obamacare mandatory. The thinly veiled liberal ruling was excused away by Justice Roberts who described Obamacare as merely a tax. Well, Justice Roberts is at it again. The reprehensible Roberts joined the liberal four Democrats on the Supreme Court that has now regulated church gatherings in Nevada. Calvary Chapel Dayton Valley brought the suit against the Nevada Democratic Governor Steve Sisolak claiming preferential treatment under the COVID-19 rules. The point of contention consists of the Nevada Governor allowing gaming casinos to operate at 50% capacity, but limiting church services to 50 people.

On Twitter, Senator Ted Cruz accused Roberts of “abandoning his oath,” and suggested that the church set up Craps Tables in the meeting halls. On this issue I agree with Senator Cruz.

We see the same bias in California in which Governor Newsom has shut down restaurants, bars, gyms and any public gatherings including churches. Yet, the casino operations remain intact. We are seeing this all over the country. Why are the Casinos being granted immunity? Does COVID-19 take a holiday at the Casino and just like BLM and Antifa riots, COVID cannot be transmitted which further advances the argument that most of the lockdowns are unneeded and unnecessary and have ulterior political motives.

What is it about the Casinos that grants them such unconstitutional exemptions?

Justice Roberts deciding vote on allowing a 14th Amendment violation to remain in place which allows Casinos operational exemption from Governor’s health orders, while failing to uphold equal treatment for churches. In trying to make sense of out of the once-labeled conservative justice, one fact comes to the forefront Casinos are a hotbed for child-sex-trafficking and churches are not. Please consider the following from the Las Vegas Advisor:

… The Nevada Attorney General has sharpened the focus of his office on combating human trafficking in the state, with particular attention being paid to Las Vegas…

Human trafficking has been reported in all 50 states and 10 Canadian provinces, including in and connected to casinos.

Back to the Individual mandate with regard to Obamacare, please consider the following excerpt from Forbes Magazine describing how the conservative judges, namely Kennedy and Scalia,  attempted to bring Roberts back into the fold.

UPDATE 1: Crawford is out with a more detailed report. Kennedy was “relentless” in trying to bring Roberts back aboard the conservative life-raft:

Chief Justice John Roberts initially sided with the Supreme Court’s four conservative justices to strike down the heart of President Obama’s health care reform law, the Affordable Care Act, but later changed his position and formed an alliance with liberals to uphold the bulk of the law, according to two sources with specific knowledge of the deliberations.

Roberts then withstood a month-long, desperate campaign to bring him back to his original position, the sources said. Ironically, Justice Anthony Kennedy – believed by many conservatives to be the justice most likely to defect and vote for the law – led the effort to try to bring Roberts back to the fold.

“He was relentless,” one source said of Kennedy’s efforts. “He was very engaged in this.”

But this time, Roberts held firm. And so the conservatives handed him their own message which, as one justice put it, essentially translated into, “You’re on your own.”

The Forbes investigation also found that “Kennedy and Scalia wrote the bulk of the conservative dissent, and that dissent was not originally written as a majority opinion. It’s that the conservative Justices held Roberts’ opinion in such contempt that they did not want to dignify it with a response…”

Forbes also mentioned the prominent role that Justice Scalia played in attempting to reign in Roberts on this obvious miscarriage of justice. And what happened to Scalia? He was lured to Texas and was subsequently murdered, or should I say Scalia’s body found on a Texas farm known for its child-sex trafficking activities. What’s not known was if Scalia was murdered elsewhere and then And let’s not forget that Scalia was found with a pillow case over his face and then this devout Catholic was cremated with no autopsy performed in violation of Texas law. Subsequently, the Obama administration never ordered an investigation into the very suspicious death of a senior level official in the government. This behavior was inexcusable and wreaks of coverup.

I was told, at the time, that Scalia had threatened to expose Roberts pedophilia activities during the height of the Obamacare controversy and Roberts was severely compromised. Before completing this allegation. Please consider what I had previously stated about the murder of Scalia as it wreaked of a sloppy coverup.

A senior government official, a Supreme Court Justice, is dead. And how is it being treated? The body and subsequent investigation into the death of Justice Scalia has been handled with all the professionalism of putting a rabid dog to sleep. Despite being found by John Poindexter, dead on his bed, with a pillow over his head, there will no investigation.

A Judge Who Thinks They Are Really a Doctor

Under these circumstances, how could an autopsy not be performed on a senior government official? And to add insult to injury, Scalia’s body was moved to Sunset Funeral Homes and was promptly cremated. But the body was not cremated until Judge Guevara determined that Scalia died of heart attack. Did I say Judge Guevara, or Dr. Guevera. And Guevera, a judge, determined that Scalia died as a result of a heart attack, with an autopsy, and a doctor present, or an RN in attendance…… Originally, Scalia did meet up with his would-be hunting companions. When found by Poindexter, Scalia was still in his daytime clothes from the night before. Shouldn’t Supreme Court Justices have bodyguards?

Against All of His Personal Beliefs, Scalia Was Cremated

One of the most amazing facts surrounding this “mystery death” is that Scalia’s body was cremated before an autopsy could be performed. Cremated? Wasn’t Scalia a Catholic? The last time I heard, Catholics do not sanction cremations. Oh yes, you can be cremated if you are Catholic, but it is extremely frowned upon. The regulations against cremation is one of the strongest within the Catholic Church, even if the prohibitions are left over biases from the past..However, criminals with something to hide frequently burn the body after the commission of a crime. This fact, alone, should have triggered a major murder investigation. Where is Attorney General, Loretta Lynch, when she is needed the most? Did Obama send flowers to the widow yet? Charred bodies yield no autopsy clues.

Many will say that I have a lot of smoke, but no fire. Please allow me to turn up the heat: 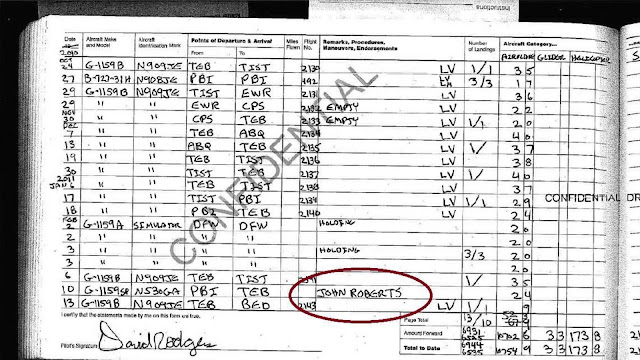 Should there be an investigation?

Previous :Welcome to the Third World, part 31: California makes its case for a bailout
Next : Connecting the dots on the covid-19 deception: ‘Withholding information is the essence of tyranny while controlling the flow of information is the tool of dictatorship’
Receive Our Free Email Newsletter