(Natural News) Deputies, police and medics were called to investigate two Clark County Black men who used a white baby as a prop for their George Floyd’s revenge social media post, one man bounding the baby’s arms behind its back while prone, and the other kneeling on the back of the baby’s neck while it screams in pain and horror. The Domestic Terrorist Network, better known as Black Lives Matter, is in total support of abusers like Isaiah Jackson, and you will see that not one Leftist media outlet will condemn this act of atrocity and child abuse.

The Clark County Sheriff’s Office in Ohio says they’ve “launched an investigation” over the photo and that they are looking into the case, but it’s still an “active investigation.” So does that mean the cops are on the way to his house or job? How long could it possibly take to find these two BLM gangster freaks and lock them up? Calling all cars, calling all cars, be on the lookout for a white baby that’s posing for offensive pictures.

Yes, this is a new photo representing how BLM sees the world, as their destruction outlet for the taking

The grandmother of the child is furious and says the child is in a safe home right now and is not hurt, thank God. The baby is very young as the pictures show he’s still in diapers. The BLM terrorists posted “BLM now MF” below the picture, to let everyone know that BLM doesn’t mind abusing and even killing babies in their diapers to make the point that they hate Trump, hate laws, hate all police and hate America.

It’s all about further stirring up of a fake race war that’s now taking root in our country. It’s all over social media, this freak using a baby as a pawn and abusing the child, who’s still in diapers, to make a political statement.

Isaiah Jackson, the man seen kneeling, Derek Chauvin style, on the neck of the baby is dating the mother of the baby. Even the child’s mother must be a BLM terrorist too, because she claimed that Jackson wasn’t hurting the child, even though you can see the child is screaming in horror and pain in the photo.

The real father of the baby is horrified, and took the little boy to the emergency room right away upon finding out, and the doctors took x-rays and said the baby is fine. Now the grandmother is warning Jackson (who’s in jail right now on non-related probation violation charges) that when he gets out, people will be “coming for him.” So far, no charges have been brought against the child’s mother, although CPS has gotten involved, and she’s not allowed to be alone with the baby until this is all straightened out.

Meanwhile, not one single mainstream media outlet is covering the BLM baby-abusing atrocity, since it doesn’t fit the narrative

According to mainstream media, BLM is all about justice and equality. Every protest is peaceful and it’s only about Black people being treated the same as White people, since their lives matter just as much. Well, duh? Black people are human, so of course their lives matter. The name BLM is inherently idiotic and demeaning in and of itself, and appeals to the moronic masses who are protesting and supporting a Domestic Terrorist Network of arsonists, rapists, child abusers, child molesters and child traffickers. 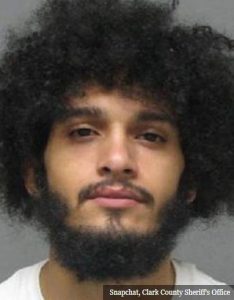 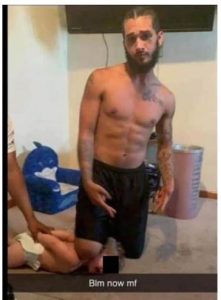 And THIS is BLM. This is what the Democrats fully support 100 percent at all times, no questions asked. Not one single Democrat or Democrat politician will denounce this. Watch.

On the bright side, Isaiah ‘baby abuser’ Jackson has been arrested, by the way. Still, according to mainstream media, burning down police precincts and killing babies on their day of birth is to be celebrated in America. Paid arsonists for BLM are risking innocent lives every time they light a building, car or home on fire, but none of them care. They all have Trump Derangement Syndrome and the media created the disorder on purpose, and it worked.

Tune your internet dial to Trump.news for updates on the Domestic Terrorist Network, BLM, burning down America in the name of, well, they don’t even know.

Disgraced cyclist Lance Armstrong goes “woke,” cancels bike shop’s contract with Austin police
If the riots are Trump’s fault, do you really think the mass media would have spent the last 3 months calling them “peaceful protests?”
As one of the most powerful paramilitary forces in the world, will BLM and Antifa start shooting RPGs at the White House and Pentagon next?
Video evidence proves BLM thugs shot at Rittenhouse FIRST, proving he was only firing back in self-defense
Cuban-American business owners to Black Lives Matter activists: “You are acting like the mafia!”
Old Communist Party newspaper “Daily Worker” rears its ugly head in America, now called “People’s World”
Top 8 ways to stop the spread of communism in the USA
Goya Foods, Red Bull prove companies can RESIST “woke” mobs – who’s next?
Big Tech social media platforms have morphed into terrorism coordination hubs for left-wing violence
Right on schedule, the United Nations is intervening in U.S. domestic affairs, claiming Trump has no right to defend cities against left-wing terrorists