COUNT THE ROUNDS: Shocking footage shows man with knife charging police officer before being shot multiple times before being stopped

(Natural News) Bodycam footage showing the final moments before a knife-wielding suspect was shot by a Michigan police officer following a bizarre face mask encounter that went violently south has finally been released, and all we can say is viewer discretion is advised.

The below image depicts a still of the suspect approaching the officer, who had simply responded to a 911 call from a clerk at a local Quality Dairy in Eaton County about a stabbing that took place inside the store during this employee’s shift.

Reports indicate that this knife-wielding lunatic had earlier approached a 77-year-old man at the Quality Dairy for not wearing a face mask. The suspect confronted the elderly man and ordered him to put one on or else leave the business, and when the elderly man refused the suspect pulled out a knife and thrust it into the victim. 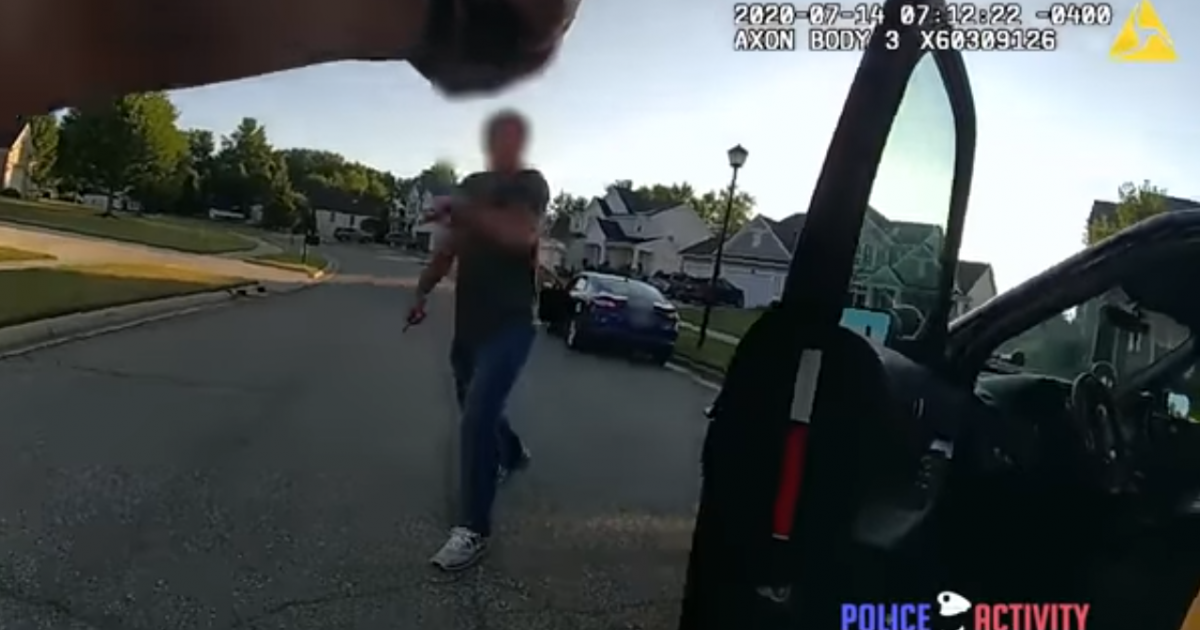 “A customer just stabbed another customer over a mask and then took off out of the parking lot,” the clerk reportedly told a 911 operator before officers were sent to the scene.

Because the suspect had already fled, officers had to track him down. They eventually apprehended him in a nearby municipal neighborhood, but not before the suspect stepped out of his vehicle wielding what news reports are describing as a “long knife.”

When the suspect refused to drop this large weapon and proceeded to start rushing the officer, he was met with approximately 10 bullets that were discharged, stopping him in his tracks.

Based on the footage, the suspect was told at least 10, and possibly 15, separate times to drop his weapon or else police were going to pull out their firearms and subdue him. He did not listen, and thus was shot multiple times.

Wait, don’t people who support masks want to SAVE lives rather than END them?

The female officer who shot the suspect is seen in the video footage quickly remediating a failure-to-feed jam on her weapon, demonstrating impressive tactical skills. However, she was later placed on administrative leave following the incident, which Eaton County Sheriff Tom Reich says is standard procedure following any officer-involved shooting.

The suspect was later identified as 43-year-old Sean Ruis, who is said to have died at an area hospital not long after the incident occurred due to serious injuries. The deputy has also been identified as a 22-year veteran of the force, whom we cannot imagine would face punishment for her act of self-defense.

If you are interested in seeing what happened inside the Quality Dairy, surveillance footage from the scene of the crime can be found online.

The Quality Dairy clerk who made the 911 call, we have since learned, told reporters that she was fearful Ruis might try to come back to the store to attack her next. This never happened, of course, because Ruis was subdued and later passed.

“The clerk was calm and she was able to provide key details to the dispatcher after 43-year-old Sean Ruis stabbed someone after being asked to wear a mask,” reported ClickOnDetroit.com.

As for the 77-year-old man who was stabbed, reports indicate that he suffered numerous injuries to the neck. The dispatch then told the clerk to get a “clean, dry cloth and put it over the wounds.”

“Try to keep him comfortable,” the dispatcher stated. “Don’t let anyone touch anything. They are going to want to see the videotape, all that good stuff, okay?”

The good news is that the elderly man is still alive as of this writing, and is now being treated for his injuries.

For more related news on the craziness of the day, be sure to check out Violence.news.