(Natural News) Organized Crime, the Mafia, Gangsters, Mobsters, Syndicates, Rings, whatever else they are called are professional criminal networks organized to engage in illegal activities for maximum profit without regard for any human law or even life.  What makes them so, what are the hallmarks that denote such labels?  Perhaps the most well known here in America are those Chicago, New York, New Jersey and others that were associated with the illegal (at the time) alcohol manufacturing and distribution syndicates of the 1930’s that were so well covered in movies and paperbacks and newspapers of the day.  They were active in so much more than just moving liquors and drugs, but also in “protection” rackets (extortion), sex industries (human trafficking), gambling, murder for hire and so much more, just as our government does now.  As they run in the underworld, they are secretive about their operations even though they tend to utilize standard order businesses as front groups to hide their criminal activities and launder monies through.  Things seem to not have changed much since then as those activities are still rampant, but their racketeering has become far more hidden in the mainstream of our society.

“Gee Whiz Batman that sounds like you are talking about our government.” – “Why yes Robin, I am.” 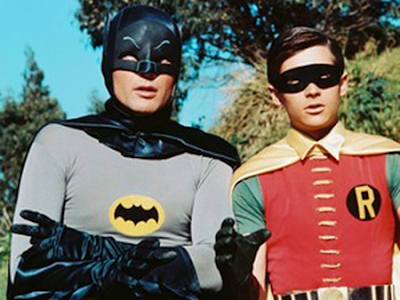 Do you remember two months ago an ANP article on “The Criminal Syndicate Running America Has Unleashed A Plague Of Homelessness And Drug Addiction On Democrat-Run Cities, Assuring Chaos And A Colossal Number Of Deaths In The Future”?  The primary point of it was that it is our government and criminal organizations working with Mexican and Chinese governments and criminal organizations to replace Afghani opium with synthesized Fentanyl.  Funny thing, but The Blaze recently had an article that said a “new report released Monday from the Mexican Defense Department indicates that Mexican drug cartels are turning to bigger labs to produce larger quantities of synthetic drugs like meth and fentanyl, and that organized crime elements in China are central to their operations”.    Hmm, almost seems they just read my ANP article, eh?  “Knowing the history and powers behind this plague, can you not suspect that China along with the Agenda 30 Satan worshipping freaks the run this nation and associated cities are doing all of this ON PURPOSE?  The massive homelessness fueled by drug addictions, by loss of income by the government purposely destroying our economy and resource systems for caring for those that need help through such means as a fake pandemic that only opened the door for massive health problems by destroying our natural immune systems that will on its own lead to massive deaths in the near future, and also push such deadly drugs that are destroying our people cannot be tolerated anymore” we wrote, and that is more true now than ever.

Perhaps I made a slight error in my wording above when I stated that “our government and criminal organizations” when I most assuredly should have just stated that “Our government IS a criminal organization” as that would have been more accurate.  Please forgive me this slight miss-wording.  While reading so many stories of what the various players are doing, and what they are saying, I cannot see or distinguish the difference between our governments, their associated agencies, and our medical establishment including NIH, CDC, NIAID, hospital corporations, AMA, the various pharmaceutical manufacturers and perhaps even the complicit propaganda outlets of the MSM and that of the Organized Crime Syndicates in their organization, activities, operations, attitudes and even words.  No, I cannot see any differences.

Pushing deadly drugs, extortion of not only public funds but threats against the very lives of those who do not cooperate in both receiving the deadly “vax” as well as those doctors, nurses, pharmacists, and so forth that offer anything outside of the “approved” (read as mandated) actions and acceptable diagnosis.  Yes, the hospitals are still death camps, the injection of poisons to murder people in those death camps is still sanctioned.  Doctor Mengele has nothing on them as far as mandated death injections goes as is illustrated in the following story from the Deseret News in Salt Lake City – “On Friday, Webb pointed to research set to publish this week that shows the drug remdesivir is an effective treatment against COVID-19 when used early on.

If patients are given a three-day infusion within the first seven days of symptoms, it reduces the likelihood of hospitalization by over 80%.”

That is a lie; the death rate from it when combined with intubation is closer to the numbers they suggest.  I do note that they specified “when used early on” but still, it is a very deadly drug as it destroys the kidneys and more.  They also said that “One monoclonal antibody treatment — Sotrovimab — is still effective against omicron. But Webb says it’s in a very limited supply and Intermountain is not receiving any allocations of the drug from the federal government.”   That is the main point, the Mafia –err, I meant to say, government is hoarding or not delivering it along with Ivermectin, HydroxyChloroquine or other safe and effective cures for the common flu that is called “Corona virus” these days.  And if you try to get it on your own, you are then a snitch or “on the take” and are scheduled to be rubbed out by them or lose your income and freedoms.   Also, do not forget the massive monies paid by the Mafia-errr, I meant government for each and every person they “treat” and bonuses for their getting “eliminated” – err, I meant ultimately their deaths. Wow, what a racket.

So with the hoodlums in the medical professions and the Bosses in the well protected back rooms of the speakeasies – err, I meant “agencies” in government buildings and board rooms, how are we going to rid ourselves of them?  Their own protectors are the police both local and federal that are paid well and threatened loss of their jobs if they do not work for the bosses.  The Bosses are very well protected and the “law” seems unable to do anything to stop them.