‘It’s worse than a war zone’ : Murder and mayhem being encouraged by media in preparation for the second American civil war to go hot

(Natural News) While Americans are loathe to admit it, the second American civil war is here and has been for quite a while now.

Everything from culture wars, to violence in the streets, cities burning, smash-and-grab theft an epidemic in and of itself, and surging murders in 12 Democrat-controlled cities have reached “record highs” in 2021, with a police official stating “It’s worse than a war zone around here lately.”

Interestingly, or perhaps predictable might be a more accurate word, the ABC News article doesn’t mention that those 12 cities are all run by Democrats, as highlighted by Breitbart.

The ABC News report says, “Experts say there are a number of reasons possibly connected to the jump in homicides, including strained law enforcement staffing, a pronounced decline in arrests and continuing hardships from the pandemic, but that there is no clear answer across the board.” 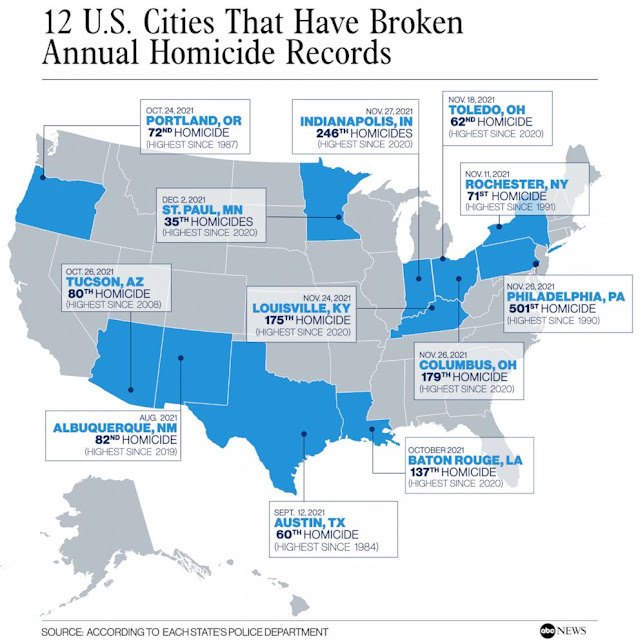 “No clear answer across the board,” yet had ABC dug a little deeper and acknowledged that those cities were control by radical leftists, then the answer truly does become very “clear.”

Let us take a look at the reasons they did give:

• Strained law enforcement staffing: The staffing issues are strained for a number of reasons, including the state leaders attempting to mandate, aka force, law enforcement officers to take the COVID vaccine, despite there being no “long term” research into side effects because the vaccine itself has not been around “long term.”

• A pronounced decline in arrests: Since the highly touted and publicized campaign by Democrat politicians, hardcore liberals, and their militant arms of Antifa and BLM, to “defund” the police, capping the number of police officers in department at a far lower percentage than previously, along with the liberal state leaders siding with criminals, rioters, and refusing to stand behind the cops in any police-relating shootings, even when video shows it justified, are all very “clear” reasons for a pronounced decline in arrests.

Apparently the concept of “less police, more crime, more police less crime” is beyond their ability to understand.

• Continuing hardships from the pandemic: Back to the “hardship” of forced mandates vaccines and threats of loss of livelihood, and in many cases having already terminated the “purebloods” (unvaccinated), along with the liberal city/state leaders deciding the time that should have been spent fighting crime has turned into law enforcement being used as the “lockdown” police, or the “vax” Nazis, yet the so-called “experts” cited by the ABC News story, are not “clear” on why those hrdships are continuing.

That also goes for the massive rise in burglary, theft and “smash-and-grabs” being seen in cities across America that have liberal district attorneys.

In recent months, special attention has been paid to prosecutors like Kim Foxx of Chicago, George Gascon of Los Angeles, and Chesa Boudin of San Francisco – whose victories were backed by groups tied to liberal billionaire George Soros. Neither of their offices provided comment to Fox News.

The clear, succinct, and simple answer is: Crime and murder in Democrat-controlled cities directly correlate with Democrat policies.

The same goes for which cities see the most riots, liberal cities with some like Portland forcing police to stand down, or in California, making it a misdemeanor for stealing up to $950, or other such liberal policies

Previous :Manufactured economic carnage is crashing down upon America as the Biden regime pushes us towards another world war
Next : What I’ve learned rescuing my daughter from her transgender fantasy
Receive Our Free Email Newsletter