If a file is flagged for violating policies, the owner will still have full access but sharing will not be possible and those who already had a link will no longer have access.

The owner of the file will receive an email informing them their files have been restricted. They will be able to appeal the decision by requesting a review of their own document.

“When a Google Drive file is identified as violating Google’s Terms of Service or program policies, it may be restricted. When it’s restricted, you may see a flag next to the filename, you won’t be able to share it, and your file will no longer be publicly accessible, even to people who have the link,” the post states. 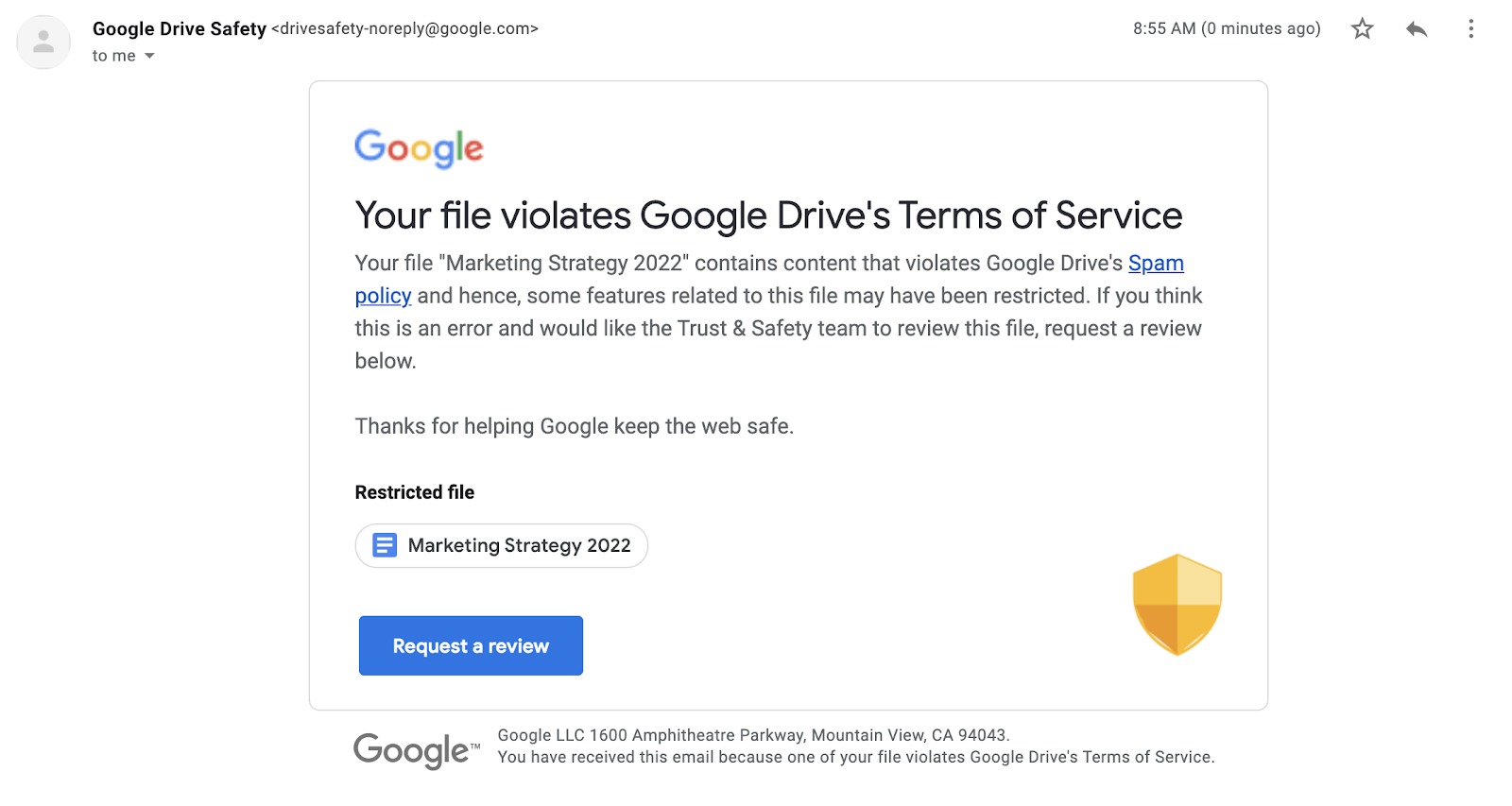 Google justified the move as a measure to prevent the abuse of Google Drive services. It added that “exceptions based on artistic, educational, documentary or scientific considerations.”