The linchpin in the plot to destroy every man, woman and child in America is the MSM, brainwashing us with propaganda for decades and pushing America to the brink of annihilation

(Natural News) The December 8th ANP article on the “State of the Media” by Susan Duclos opened a flood of memories on past research flings of mine that helped build my current world view, and I would like to share a few tidbits with you, if I may, that perhaps might influence your views to some degree.  If I may borrow Susan’s phrase that “Evidently irony is not something they understand…” and link it to the proven theme that they all play the same tune while claiming to be independent investigative journalists, even using the exact same words and phrases day after day, week after week, month after month.   We have watched and listened to clips that show so many news readers saying exactly the same phrases over and over, as shown in the First Video below, and show how they use that technique to imprint a thought or idea into your head as a very effective form of brainwashing.  In April of 2018 there were a number of stories in leftist media that all contained the coverage of Sinclair Broadcast Group (the largest American TV station owner) stations using those same reading points for their news readers.  In a story by Deadspin Timothy Burke  said “ CNN’s Brian Stelter broke the news that Sinclair Broadcast Group, owner or operator of nearly 200 television stations in the U.S., would be forcing its news anchors to record a promo about “the troubling trend of irresponsible, one sided news stories plaguing our country.”   A month earlier CNN had the story that ““This is so manipulative”  that Burke was referencing.

“That’s an anchor at a local TV station owned by Sinclair, describing the company’s latest mandate, a promotional campaign that sounds like pro-Trump propaganda.

Internal documents call the new initiative an “anchor delivered journalistic responsibility message””   it continued as they blamed it all on Trump.  Indeed, as they blame it all on Trump and his followers as if they themselves do nothing of the sort.  “Evidently irony is not something they understand…”. 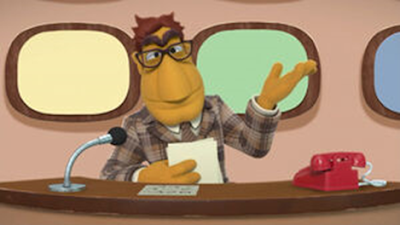 Many other leftist outlets mimicked that story and even used many of the same phrases and video clips, such as this NYT article and this Refinery 29 article that added this interesting bit, “If ever asked for a perfect example of an accusation that is projection, play this vid of Sinclair Broadcast Group crisis actors palming off recited propaganda as their own views, as they robotically scold: “This is extremely dangerous to our democracy!”   I leave out the name of the lady that said that to lesson her embarrassment.   The video she referenced is in this Twitter post; https://twitter.com/i/status/980175772206993409  just in case you really want to see it.  Entertaining, but I fail to see how it is pro Trump.  And this as they puppet the leftists talking points to a ‘T’, with so many saying the same thing over and over as they read the script given them by the leftists news fabricators as referenced in that first video below.  I suppose it is not plagiarism when it is so tightly scripted, nor is it repetitive brainwashing when it comes from above and mandated to be read exactly as is; it must be truth ferreted out by real journalism – I suppose.  “Liberal Media Whines About Right Wing Media” as Susan puts it, “Evidently irony is not something they understand…”.

Now, just where do these scripted stories in the mainstream media, also known as the leftist propaganda outlets, come from?  Well, besides the Washington power brokers like the DNC, the Obama insurrection headquarters, the various Soros linked Open Society groups, the Communist Manifesto, and so forth?  Ultimately, the many Secret Societies that are organized to destroy this nation along with the rest of the world in their quest to build the Perfect Society led by Lucifer himself.  Make no mistake, those Washington power brokers mentioned are part and parcel of the NWO Satanists.

Submit a correction >>
Previous :Stunning: Facebook court filing admits ‘fact checks’ are just a matter of opinion
Next : Unvaxxed in Austria could be imprisoned for a year
Receive Our Free Email Newsletter

As Joe Biden sends Americans to their deaths to fight for fascists, history shows demonization and internment camps await those who stand against their ‘end times war’
Politics promises an interesting year in store
U.S. shoppers facing increasingly barren shelves, with comparisons to Soviet stores in the 1980s amid Biden’s worsening supply chain crisis
Census: 1% of California’s population moved out of the state in 2021
Michael Heath: America is now an evil communist empire
U.S. inflation tops OECD countries as Biden’s economic ratings plummet
Dr. Alan Keyes brands Democratic Party the anti-American party – Brighteon.TV
“UFO stigma” leaves US vulnerable to spying, drone strikes
With the new state religion the ‘covidian cult’ and America on a suicidal course into oblivion, no democrat nor republican dare state the obvious: ‘The emperor has no clothes!’
Julian Assange suffering torture, abuse in prison as deep state tries to MURDER him