Trump supporter hands cashier $20, cops called when he sees back

(Natural News) A Trump-supporter went out for a bite to eat with a few friends at a Texas restaurant. After finishing their meal, he went to the register to pay with a single $20 bill. Much to his surprise, the cashier was a liberal, who quickly called the cops after seeing what was on the back of the money that he was just handed.

David Hill posted an account of an ordeal on Facebook, explaining the unexpected chain of events he was met with when he wanted to spend some time with his buddies at an unnamed Texas restaurant. After deciding where to meet, Hill and his friends headed to a local eatery to enjoy some conversation and a few laughs. However, things would take a turn when it was time to pay the bill.

“Unknowingly, the $20 bill I had in my wallet had ‘Trump Lives Here’ written in permanent marker on the White House,” Hill explained. However, those three words were all it took for all hell to break loose with the employee, who was none too pleased to see what was written on the bill.

“The cashier looks at it and says, ‘I can’t take this money, its invalid because it’s been defaced,’” Hill recalled. Stunned, he asked if the cashier was serious only to be left even more shocked when the liberal firmly held his ground, asking if the customer had another form of payment.

At that point, it was a matter of principle, so Hill stuck to his guns as well, telling the cashier that the cash was all he had on him. Leaving the customer even more aghast, the cashier suggested Hill go to a nearby ATM, get some more money, and return to the restaurant to settle the tab. Frustrated, David simply looked the employee in the eye and said, “Nope, the money works, you can take it.” 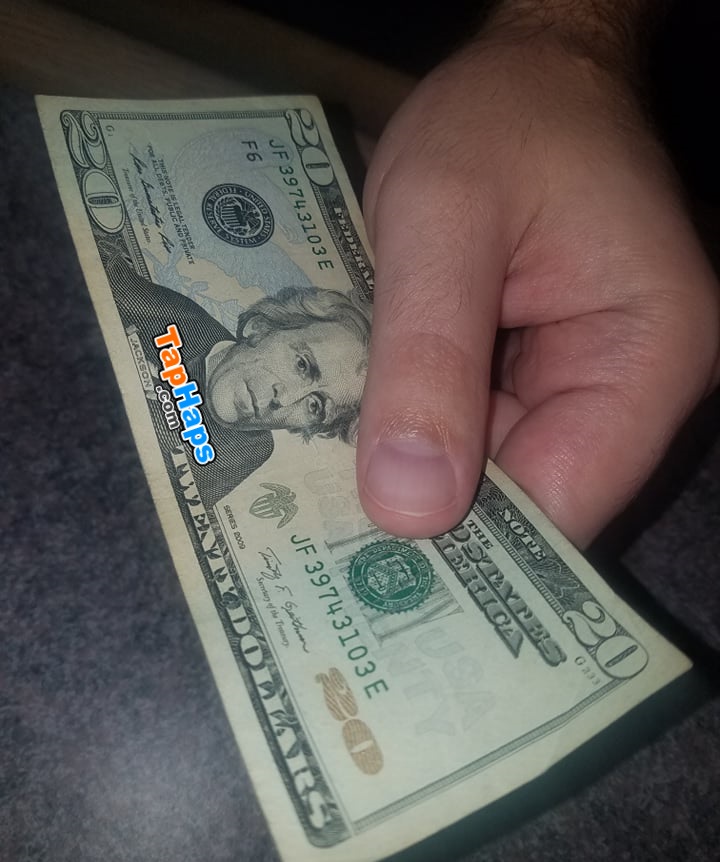 With the two at a deadlock, the employee threatened to call the police, but the threat was welcomed by the Trump supporter. As a small group of onlookers gathered, a police officer arrived and asked the usual question: “What seems to be the problem here?”

Before Hill could respond, the cashier piped up with a bold accusation. “This man is attempting to pass counterfeit currency which has been defaced, and I’m not accepting it,” he told the officer. Of course, the cop demanded to see the bill, but the cashier didn’t get the reaction that he had hoped for after the officer took a closer look at the money.

“Son, there are millions of bills with writing on them, and it is valid currency, so kindly take it and give the gentleman his change,” the officer informed the employee after examining the bill. But, things were far from over.

Shocking everyone, including Hill and the responding police officer, the cashier replied, “Nope. I’m not taking it.” When the officer asked why not, the employee revealed his motives. “Because anything with Trump’s name on it disgusts me, he’s not my President,” the employee declared. Things weren’t going to go in his favor, though. 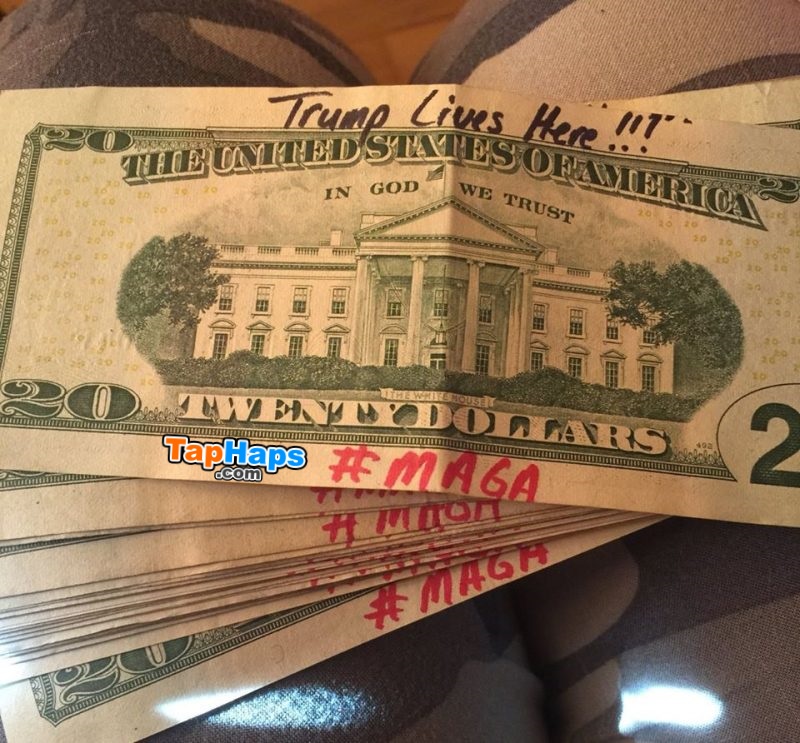 David Hill posted this image along with his recollection of the encounter. (Photo Credit: Facebook)

After pausing for a second, the cop said, “Ok here’s the deal, take the money and give the gentleman his proper change or his lunch is free today because he’s trying to pay you for the meal.” Much to everyone’s surprise, the liberal cashier would rather give the Trump-supporter a free meal than take the money, so he refused the payment again.

Seeing that the employee wasn’t going to change his mind, the officer turned to Hill and said, “Have a nice day sir, you are free to go.” Then, he turned to the cashier with a warning. “I guess when word gets out that meals are free if Trump’s name is written on a $20 bill on The White House, this place will get swamped with people wanting to eat for free,” the officer pointed out. What’s more, when his boss finds out he’s been costing the business money due to his personal political motivation, he’s likely to be out of a job.

While defacing a bill is frowned upon, as it turns out, this cop knew what he was talking about. According to U.S. code 18 U.S. Code § 333, it’s technically only illegal to deface money to the point that it is “rendered unusable.” Since this was only written on and the bill could still do its job, it was legal tender, meaning that a cashier would have to take it.

Furthermore, if you are working with the public, you need to learn to leave your own political bias at home and treat all paying customers the same. This employee should have taken the cash, just like Hill would have to accept his change if it had a message plastered on it that he didn’t like.

Previous :A majority of Americans are “anti-vaxxers”?
Next : PROOF: COVID vaccines cause prion diseases
Receive Our Free Email Newsletter