Nine years later, an internal investigation revealed that “An untold number of Department of Defense (DOD) employees and contractors have subscriptions to child pornography websites.”

Now, BuzzFeed News (which ejected one of its own suspected pedophiles last year for plagiarism) reports that the CIA has “secretly amassed credible evidence that at least 10 of its employees and contractors committed sexual crimes involving children), yet while most of the cases were referred to US attorneys for prosecution, only one of the individuals was ever charged with a crime (who also allegedly mishandled classified information), and the rest were sent back to the CIA to handle internally – which meant few faced any consequences “beyond the possible loss of their jobs and security clearances.” 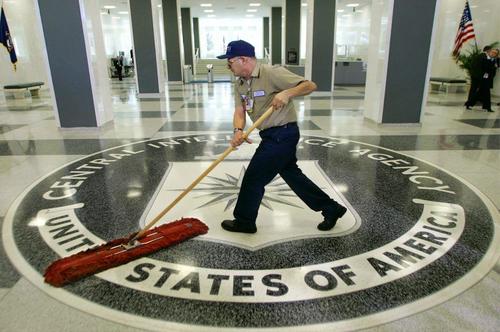 Details of the egregious ‘pass’ given to said agency employees were revealed in a Freedom of Information Act (FOIA) lawsuit.

One employee had sexual contact with a 2-year-old and a 6-year-old. He was fired. A second employee purchased three sexually explicit videos of young girls, filmed by their mothers. He resigned. A third employee estimated that he had viewed up to 1,400 sexually abusive images of children while on agency assignments. The records do not say what action, if any, the CIA took against him. A contractor who arranged for sex with an undercover FBI agent posing as a child had his contract revoked.

Only one of the individuals cited in these documents was charged with a crime. In that case, as in the only previously known case of a CIA staffer being charged with child sexual crimes, the employee was also under investigation for mishandling classified material. -BuzzFeed

When asked why the CIA might not pursue a criminal case, four former officials told BuzzFeedthat the agency might be concerned that they would lose control of sensitive information.

“We can’t have these people testify, they may inadvertently be forced to disclose sources and methods,” said the official, who added that the agency’s problem with child abuse stretches back decades.

For those with long memories, the CIA also quashed an investigation into “The Finders,” a 1970s Washington DC-based cult under investigation by the DC Police over claims of child sexual abuse – only to have the case dropped as “a CIA internal matter” and classified as secret.

Read the rest of the report here, and view the released documents here and here.

Previous :Parents demand removal of Hispanic school board member after she doxxed White parents who sued over mask mandate
Next : Who’s the Real Anthony Fauci?
Receive Our Free Email Newsletter