(Natural News) According to this entry over at Wikipedia on ‘cognitive dissonance’, in the field of psychology, ‘cognitive dissonance’ is the perception of contradictory information…two (or more) actions or ideas that are not consistent with each other…triggering discomfort within the individual…who then tries to find a way to resolve the contradictory information which is a battle between their original beliefs and new information learned that contradicts those beliefs.

Often causing great strife and psychological discomfort within the individual who is experiencing ‘cognitive dissonance’, a perfect example of that happening right now across America is seen in two different stories being heavily pushed by the mainstream media, starting with this story over at the Baltimore Sun titled “Maryland, nation keep watch for omicron, but the message is the same: Get vaccinated and boosted”.

Coming out the same day as this story over at the Financial Times titled “Moderna chief predicts existing vaccines will struggle with Omicron – Stéphane Bancel foresees ‘material drop’ in current jabs’ effectiveness, sending stocks and oil prices lower” and this story over at the Washington Post titled “Existing vaccines might not be effective against omicron variant right away, Moderna CEO says”, what are Americans supposed to think when they’re being heavily pushed to ‘get vaxxed’ and ‘get boosted’ in one story when in another viral story, they’re being told these vaxxes likely won’t work against Omicron?

Giving us up here on our mountaintop another reason to avoid all these ‘vaxxes’ and ‘boosters’ as if they ARE ‘the plague’, as ANP commenter ‘Chrism12743′ had mentioned in a very nice comment that was part of a series of comments on this November 29th ANP story: “People are drowning in a sea of misinformation. Keep publishing, Americans are emerging from their slumber!!!”

So cognitive dissonance is now striking Americans who haven’t been paying attention, hard, as they’re bombarded with two different streams of information that are highly conflicting, and many of those same people already having their belief system challenged with what they’re seeing as the failure of the vaxxes and the utter failure of Joe Biden, who many of them voted for, happening at the same time. ‘Dilbert’ cartoon creator Scott Adams heavily bombards those who haven’t been paying attention to the ‘vax‘ and the ‘virus’ with ‘cognitive dissonance’ in the 1st video at the bottom of this story.

(ANP FUNDRAISER: Due to renewed censorship by ‘big tech’ upon ANP articles, we’re now running a fundraising drive. We also want to thank everybody who has donated to ANP over the years. With donations and ad revenue all that keep ANP online, if you’re able, please consider donating to ANP to help keep us in this fight for America‘s future at this absolutely critical time in US history. During a time of systematic, ‘big tech’ censorship and widespread institutional corruption, truth-seeking media and alternative views are crucial, and EVERY little bit helps more than you could know!) 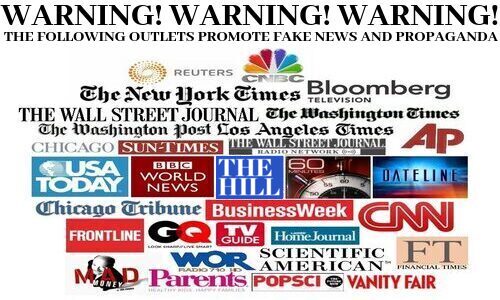 According to this story over at Psycom.net, the effects that ‘cognitive dissonance‘ might have on a person will vary, though as it’s happening in the moment, it can cause ‘discomfort, stress, and anxiety’ in the individual feeling it, with the actual ‘degree’ of that stress and discomfort depending on how much disparity there is between the conflicting beliefs, how much the beliefs mean to that person, as well as with how well the person copes with self-contradiction.

With some of the signs someone might be experiencing cognitive dissonance including ‘general discomfort that has no obvious or clear source’, confusion, feeling conflicted over a disputed subject matter, people calling you a hypocrite or even being aware of conflicting views and/or desires but not knowing how to deal with those conflicting emotions/feelings, most of us experience ‘cognitive dissonance‘ at one time or another, although not all of us to the same degree.

With another cause of ‘cognitive dissonance‘ in America being ‘President Brandon’ claiming back in July that ‘you’re not going to get COVID if you have these vaccinations’ coming soon before the bottom dropped off and many of the fully vaxxed got COVID, with some dying and many passing it on to others, other Americans are wondering what to think now when ‘Brandon’ tells them the stores will be fully stocked and the shelves full as we approach Christmas, only to then go to their local supermarkets and see empty shelves galore.

So with one of the best ways to deal with ‘cognitive dissonance‘ being to keep a totally open mind, ready for your beliefs to be challenged and remaining mentally, physically and emotionally ‘flexible‘ to deal with any such challenge that comes one’s way, doing so is by no means saying one should change one’s own beliefs every time they are challenged but taking in and adapting to new information. Such as the people who once though ‘the vax is the answer’ seeing now that they’re getting bombarded with numerous sources of information that are totally contradictory to each other.

Filmmaker Mikki Willis calls on people to push back against government tyranny – Brighteon.TV
Jeff and Shady talk about resisting medical tyranny with Dr. Simone Gold – Brighteon.TV
Dr. Alan Keyes brands Democratic Party the anti-American party – Brighteon.TV
Greg Caton urgently needs your prayers: On life support after suffering severe, prolonged heart attack
Your dominant DELUSION determines how you experience “reality” and how it all ends for you
People long drowning in a sea of misinformation are slowly awakening as ‘cognitive dissonance’ strikes hard & the globalist ‘Orwellian doublethink’ masks melt away
People are WAKING UP to the truth that COVID vaccines don’t work – Brighteon.TV
Matt Thayer talks about Hollywood and creating patriot films with Tom Renz – Brighteon.TV
The Health Ranger talks about humanity’s awakening with Pastor Leon Benjamin – Brighteon.TV
The ruling class has no intention to cease terrorizing the populace