(Natural News) Everyone denies idolatry in their own lives. Their “guys” and “gals” are good people, while the other guys and gals are evil and wrong. Idolatry is the driving force behind obedience and adherence to The Great Reset/New World Order.

President Barack Obama was known as “deporter-in-chief” to prominent Latino organizations throughout his Presidency (not to mention his administration built the cages for kids on the border). But the liberal masses said nothing about the cages until President Donald Trump took office. Problem is that he caged and deported far fewer illegal immigrants than Obama. 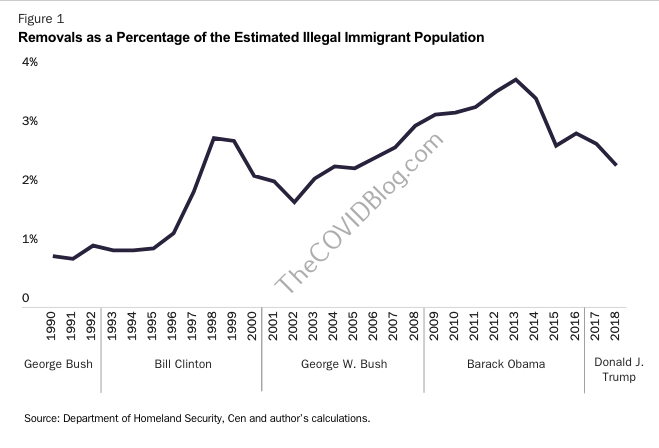 It’s too easy attacking Biden and Fauci for this “vaccine” genocide. But it’s funny how liberals believe they are superior human beings because they are more likely to be “vaccinated” than conservatives. In fact liberals have made the words “anti-vaxxer” and “Trump supporter” (and “conspiracy theorist” and “tin-foil hat,” etc.) synonymous. But just like all of 2020 forward, it makes no logical sense.

Trump is one of the biggest vaxx cheerleaders in the U.S. He’s always careful (and clever) to insert phrases like “we have our freedoms” and “it shouldn’t be mandated” in his pro-vaxx rants. But other than that, he’s making Pfizer, Moderna, et al. proud. The Republican masses and virtually all Democrats believe Trump is against these injections. That’s as fallacious as everything that comes out of Fauci’s mouth.

Here are five times in 2021 that Donald Trump played chief cheerleader for the experimental injections.

We posted this video in a previous article. But here are the highlights and the video again (skips right to Trump’s vaxx zealotry). Bartiromo asked Trump if he would recommend “the vaccine” to the Fox News audience. Paraphrased:

“I would recommend it to a lot of people who don’t want to get it. And a lot of those people voted for me frankly. We have our freedoms. But it’s a great vaccine. It’s a safe vaccine.”

At the 28:25 mark: “A lot of our people don’t want to take vaccines. You know, I don’t know what this is exactly. Republicans? Don’t know what it is. I encourage them to take it. I do.” Hannity then asked Trump if he received the injections. “Yes I did. I had [COVID] and I took [the “vaccine”].”

At the 29:08 mark: “That’s the worst thing the FDA could have done” re: pausing the J&J viral vector DNA injection in April after several cases of blood clots.

Not to mention Hannity, three months later, got on his soapbox encouraging viewers to receive the lethal injections.

Here are the rest of his quotes via New York Post columnist Michael Goodwin:

“It’s pretty amazing stuff. If we didn’t have a vaccine, it would have been just like the 1918 Spanish flu. The vaccine is a great thing and people should take advantage of it. Nobody should be forced, we have our freedoms. But I strongly recommend it because it’s a real lifesaver.”

4. Trump tells crowd at Alabama rally: “I recommend [you] take the vaccines.” August 2021

It’s almost like the crowd didn’t know how to react. The “chosen one” is encouraging them all to receive injections of experimental mRNA and viral vector DNA when he’s supposed to be the antithesis of Fauci. You could hear a few jeers in the background. But ultimately Trump used his clever wit towards his fans and got everyone laughing again as he, again, straddled the line.

“I am a strong believer. You wouldn’t have vaccines if it wasn’t for me. And please I love our people. So I want our people to take the vaccines.”

It starts at the 43:58 mark. Fredericks said he got the Moderna injection in mid-August.

Trump is no ally of humanity. And all the Christians out there worshiping this guy need to divest of idolatry. The Bible is pretty clear to me.

You’re either on the side of pure humanity or GMO/Great Reset humanity. Plain and simple. Stay vigilant and protect your friends and loved ones.