(Natural News) Interesting that for so long liberals have accused Republicans of being “warmongers,” when discussing foreign policy, yet it is the Democrat party that has brought the second civil war to America.

There are two parties in this nation, despite claims to the contrary saying “they are all the same.”

Granted, in some ways they are the same, politicians will be politicians, but the clear dividing line is between those that feel they and the government should “control” the populace, and those that just want to be left alone to live their lives the way they see fit.

Readers can determine for themselves which is the party of “big government controls all” and which are the party of “leave me the hell alone.”

When families get together for different holidays, whether Christmas, Thanksgiving, Easter, or any time that families gather together, we inevitably see arguments about everything from politics to sports and a number of topics in between, to the point where it has even become a movie cliché because it happens so often.


Families fight, families argue, but for the most part, they still come together for the holidays. There are exceptions of course, but generally, if a family can gather for a holiday event, they do.


Those exceptions are usually people that cannot accept others that have different beliefs, whether political or religious as shown throughout the past years where liberals disinvited conservatives that voted for Donald Trump, or cannot handle even hearing differing opinions without their heads exploding, figuratively of course. 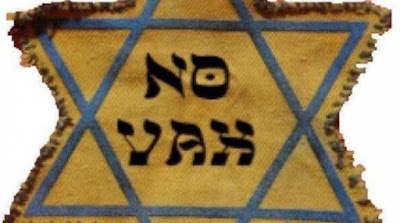 Sadly, over the course of the last decade or two, we have seen the escalation of  “domestic wars,” from culture wars to race-baiters to class warfare to mask wars,  and let us not forget the disdain surrounding the climate wars, and now, what seems to be the final nail in the coffin, is the vax wars.

In 2020, many were in lockdown over the holidays so many annual gatherings were cancelled, but this year, we are noting yet another form of division which has sibling against sibling, parents and children refusing to communicate, family and friends no longer welcome at the table or in the home of “vaccinated” family members, if they themselves make a personal medical decision against being vaccinated.

A November 2, 2021 poll found the following depressing and disturbing results:

Our survey of 2,000 U.S. residents – conducted on Nov. 2 – examined how the COVID-19 vaccine has impacted people’s relationships with their loved ones ahead of the holidays this year.

Nearly seven in 10 respondents (67%) said they feel they cannot go home for the holidays without getting vaccinated first.

Of the 65% who are fully vaccinated, six in 10 (58%) have reportedly cut off family members who refuse to get vaccinated, while 63% don’t feel comfortable inviting unvaccinated relatives to their parties.

This goes beyond just family gatherings as we have seen proposals from liberals that those refusing the experimental vaccine should be locked down, refused service, refused entry to shopping centers, forced to take the jab, and other completely tyrannical and dictatorial suggestions of what to do to the “unvaxxed.”

Previous :Domestic terrorist? Pro-CRT parent threatens school board, “I have 1,000 soldiers ready to go, locked and loaded”
Next : Here’s why U.S. supply chain problems will only get worse
Receive Our Free Email Newsletter