There is no concrete evidence that Ms. Mayer received mRNA or viral vector DNA injections. But there is plenty of circumstantial evidence that would effectively meet the preponderance standard in civil court.

First, Ms. Mayer was a die-hard liberal. Her Twitter profile says ‘she/her,” and she frequently tweeted about “trans” stuff. A September Gallup poll found that 92% of self-identified Democrats have received at least one injection. An August survey by the Human Rights Campaign (HRC) Foundation, the self-professed “largest LGBT rights organization in the United States,” found that 92% of self-identified “LGBT” have received at least one injection.

Ms. Mayer appeared eager to receive the injections back in March. She utilized a sad-face emoji in expressing disappointment that she wasn’t yet eligible for the shots at that time. Another Twitter user mentioned the vaccination site at Six Flags America in Annapolis that commenced in February. 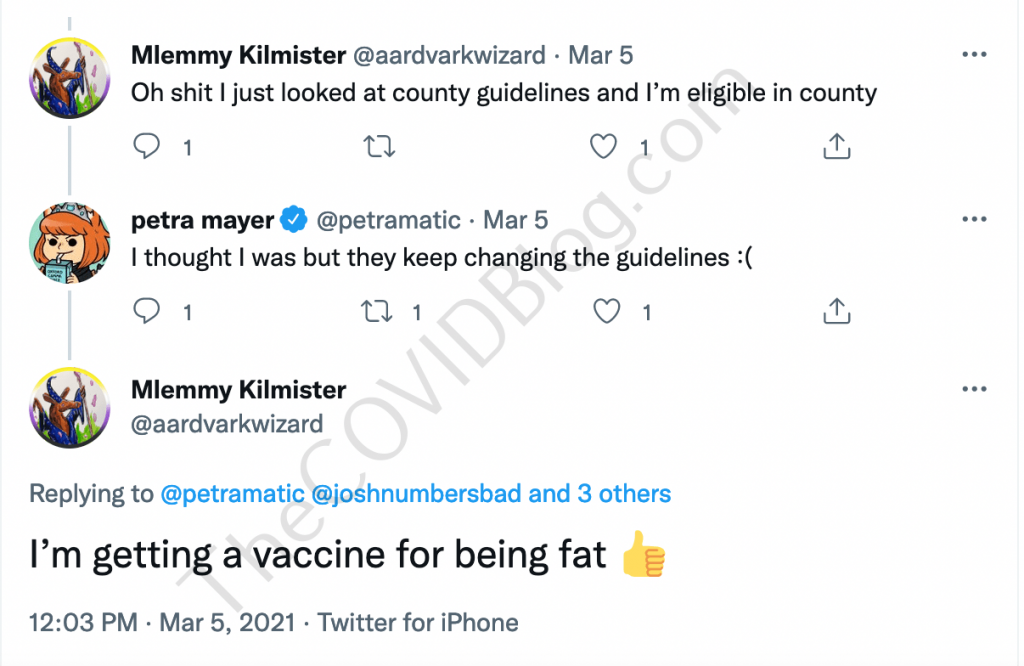 Ms. Mayer attended The Monkees Farewell Tour in Washington D.C. on October 18. She happily took photos of herself wearing a mask. 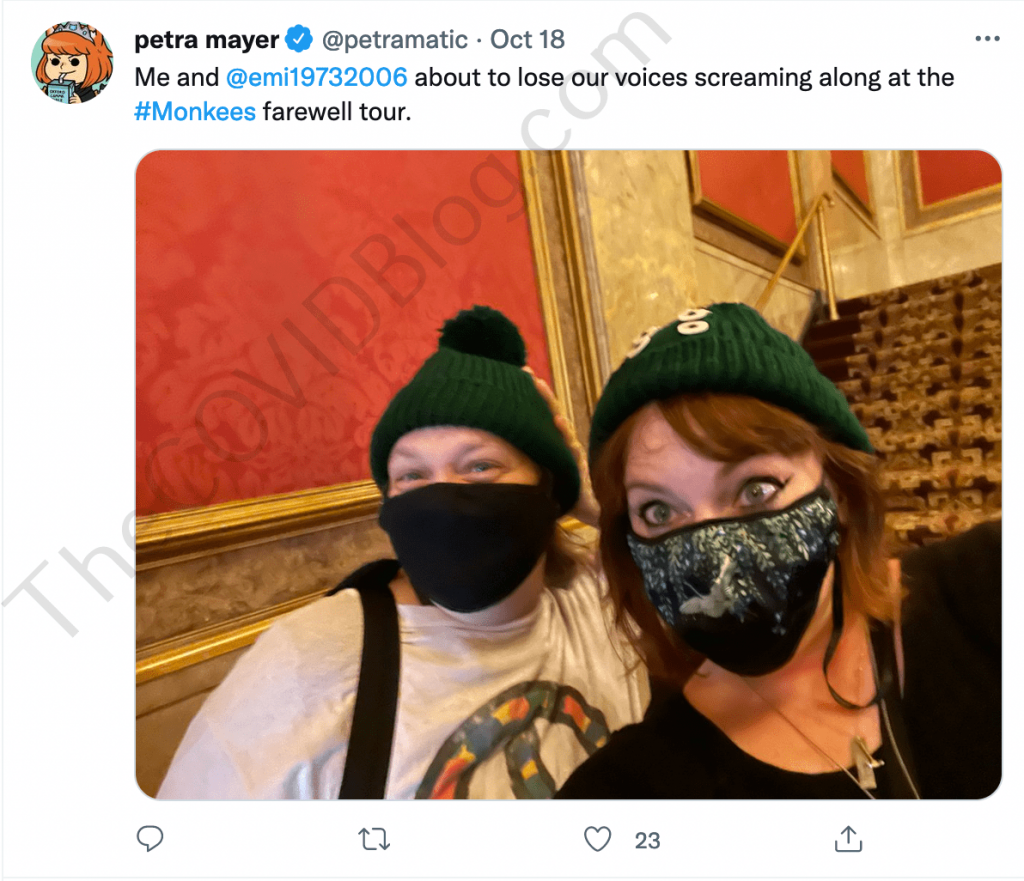 The event was held at Warner Theater. The venue required all attendees to show proof of “full COVID-19 vaccination” or a negative test within 72 hours.

Finally, Ms. Mayer reportedly died of a pulmonary embolism, aka blood clots that formed elsewhere in her body, but broke loose and blocked arteries in her lungs.

Pulmonary embolisms are a common and known adverse effect from the injection. Of course zero mainstream media outlets mention the mRNA and/or viral vector DNA injections in their reports.

Ms. Mayer was the book editor and reviewer for NPR. She was also known for reporting at Comic-Con, a cosplay event in San Diego where people dress up like comic, cartoon and movie characters. It was cancelled last year. Comic-Con 2021 takes place from November 26 to 28. It requires proof of vaccination or negative test within 72 hours to attend.

There’s no mention of surviving children in any threads related to Ms. Mayer’s death.

We know that vaxx zealots will deflect all attention away from the obvious with this story. It simply doesn’t matter what corner of the globe you live. Dystopia is fully executed at this point. A 36-year-old woman from the southern India state of Karnataka died on Friday, October 22. She received her second Covishield (AstraZeneca) shot just 30 minutes before she died. But local police say they won’t know what killed her until an autopsy is done.

The upcoming generation of children is completely indoctrinated thanks to obsequious, obedient parents. Generation Alpha (born after 2010) will be, for lack of better term, interesting to observe 10 years from now. 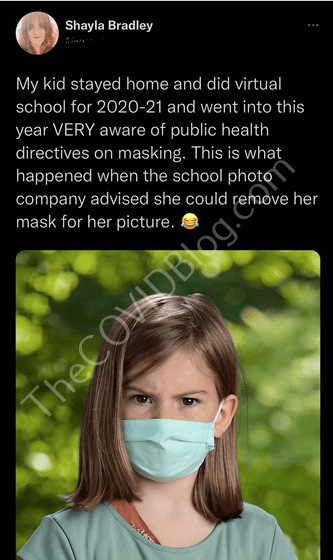 Alpha is also the first letter of the Greek alphabet and apparently signifies the first generation of full GMO humans. But don’t forget the vaxx-hesitant adults. There’s a brothel in Austria offering free 30-minute sex sessions with the prostitute of your choice in exchange for desperate men receiving the injections.

Pfizer’s executives are trying to get people like myself arrested. CEO Albert Bourla said that anyone spreading truth (which he calls “conspiracy” and “misinformation”) about the lethal injections are “criminals.”

Forget Pablo Escobar. Pfizer is perhaps the most notorious criminal drug dealing organization in world history. Yet this guy can get on television and not even be questioned about the history of his criminal cartel. Both he and Fauci get free passes to lie and deceive on television. Further, Project Veritas journalists had their homes raided by the FBI earlier this month for reporting truth about the injections.

Truth is the new terrorism, as is the slogan on another website run by this blogger. As Malcolm X once said, “the price of freedom is death.” There will be no raids on this blogger. If death is now the penalty for true journalism, then bring it on. Unfortunately that’s where we’re at, folks.