Righteousness + force in America: The trap of righteous activism coupled with state power

(Natural News) There are two ways of getting things done: persuasion or coercion. You either convince someone of the value of your ideas or you hold a (literal or metaphorical) gun to their head. The latter has been the norm throughout human history. Most of what we value about the contemporary West is a shift toward the former occurring over the last 250 years or so.

However, there’s an important difference between the despotisms of old and coercive governments in the modern era: modern-day tyrants frame themselves as the righteous side in any conflict.

Think about it: Ancient Persian Emperors and the German Kaiser didn’t paint themselves as the moral superiors of their enemies. They simply wanted their stuff and, if they could, they took it. In contrast, during the American Civil War or the Allied cause during World War II, force didn’t justify itself. Instead, force was justified by the righteousness of the cause.

(President Lincoln openly, repeatedly stated more than a year into the Civil War that his call to “end slavery” was a useful means by which to justify his real objective: To preserve the Union.)

The need to justify force with righteousness is not limited to wartime. Every new coercive law or regulation is justified not on the basis of “I’m strong enough to take your stuff and so I think I will,” but because “our cause is just.” While some who would take your freedom or your life are motivated by their desire for power, the most vicious monsters in human history were all motivated by righteousness. They seek to perfect creation, no matter what the cost, rather than simply acquire power for its own end – a philosophically important distinction.

It is this philosophy of using state power to impose one’s morality on others that in part has made American politics such a bloodsport nowadays. If you follow the thread from the Abolitionist movement (which provided moral justification for the Union’s invasion of the Confederacy) through the Temperance movement (which culminated in Prohibition) to the Progressivism movement as we detail below, you’ll see why.

What Do We Mean by Righteousness?

Righteousness is simply the sense that one’s cause is so just that “the ends justify the means” – the ends could be anything. A critical feature of righteousness is the belief in the perfectibility of man and earth. It is often accompanied by philosophical progressivism, the view that the world becomes a better place, morally speaking, over time.

Righteousness requires coercion. This necessitates a large administrative state to enforce the prevailing diktats of the secular-religious. An excellent example from recent history is the campaign against tobacco, which in the span of a few years was chased from every public place.

Righteousness is not simply progressivism. It is a specific type of progressivism forged in America through the experience of Pietist Protestant Christians. The Pietists were originally Scandinavian Lutherans, but the posture of Pietism spread to most Protestant denominations in the United States: The Northern Baptists and Methodists, the Congregationalists, the Disciples of Christ, the Presbyterians, and others.

The Pietists rejected ritualistic or “liturgical” religious practice in favor of an inner experience expressed in one’s daily life. Correct beliefs and proper living were the focus, culminating in the Holiness Movement, which was an extreme and fundamentalist expression of Pietism. Holiness tolerated no deviation from orthodoxy in either thought or deed.

Righteousness, like its Pietist forebears, isn’t satisfied that you do and say the right things, you need to truly believe the right things. Compliance is not enough. You have to love Big Brother.

Righteousness moved from the realm of the deeply religious Protestant pietists of early America into the mainstream progressive movement. The latter adopted this surety and energy, seeking to expand their ersatz religion into every aspect of American life.

Righteousness is dangerous as a political force because of how certain it makes those infected with it. What’s more, political righteousness makes the stakes increasingly apocalyptic, allowing the ends to continually justify any means, up to and including the death camp.

This is not hyperbole: Righteousness does not prohibit your political participation, it demands it, and it sees everything else about you as superfluous.

Why does this distinction matter? Because it was a distinction which the Confederacy, headed by Jefferson Davis, was willing to test in the furnaces of war. 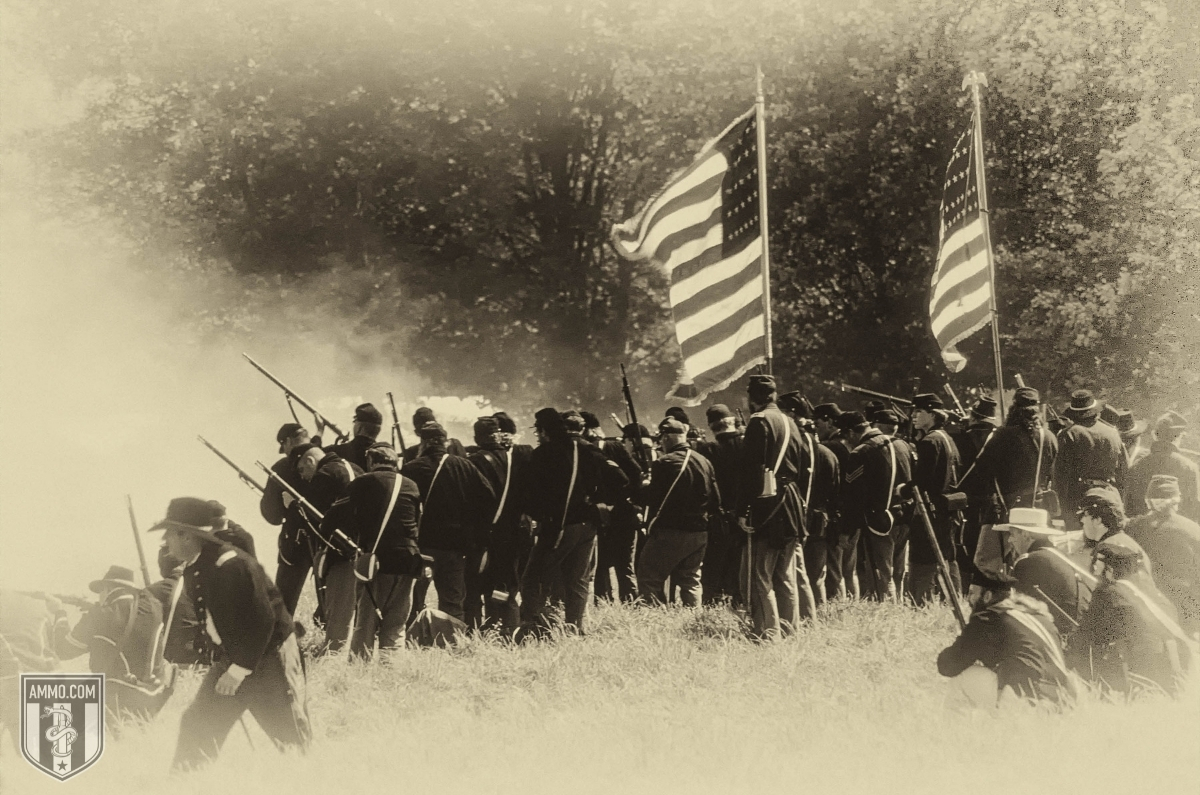 In the run-up to the War, Davis repeatedly pointed out that the U.S. was a voluntary union of states which delegated authority to Washington, as ratified in the U.S. Constitution in the Bill of Rights #9 and #10. Thus if a state wanted to leave the Union, it could do so. Despite the best efforts of the southern states to maintain the Union, at the end of the day they voted to secede because their differences with the northern states were irreconcilable. Was slavery one of the issues over which they didn’t agree? Yes, absolutely. Slavery was an issue that plagued the Founders as well.

Yet Davis made an important point: Just because one doesn’t like slavery (and we don’t like slavery, let’s be clear) that does not then automatically mean that one supports President Lincoln using the U.S. Army to roll into the Confederacy in order to occupy them and make them behave the way we’d like them to. This is persuasion vs. coercion in action.

(One of the reasons Jefferson Davis was never tried for treason following the Civil War is that his case would’ve given him a platform to highlight the Constitutional issues presented by the North’s invasion of the South.)

Fast forward to the present day. If you’re reading this then you’re likely a Unionist (i.e. happy that the U.S. is intact), at least in spirit if not in name, and also a fan of President Lincoln. Yet it was President Lincoln who said, in a widely publicized 1862 letter written more than a year into the War:

One can point this out without arguing in favor of slavery as it’s clear President Lincoln knew what he was doing – trying to save the Union – and that picking up the moral banner of ending slavery was a useful means by which to ally himself because it furthered his goal of saving the Union. Machiavelli would’ve been proud, and so were the Abolitionists, who got a taste of what righteousness and force can do once the reins of state power are grasped.

It was these Abolitionists who not only claimed the moral high ground for President Lincoln during the War but who, following Appomattox, then went about the Reconstruction of the Southern state governments, which was largely a disaster. During Reconstruction, the Northern Republicans attempted to form Southern state governments with people who either had no experience in governance or had no connections to their constituents because the righteousness of their cause, “reconstructing” the South, would make it all work in the end.

The end of the Civil War led to a total war against American citizens. Significant portions of Southern states were stripped of the right to vote and the right to keep and bear arms. The Radical Reconstructionist Congress was all too eager to ride roughshod over the Southern states because they felt ideologically and morally justified in doing so.

What caused the Civil War will always remain a question of debate. What will not is that it represented a massive transfer of power upward from sovereign individuals and states to a centralized federal government, as Jefferson Davis warned. This provided later incarnations of righteousness and force with a ready-made set of tools to increase the efficiency of coercion.

The Reconstruction period did little to heal the nation. It gave us the Klan and Jim Crow laws, but it stands as an example of righteousness having a large effect on American politics. 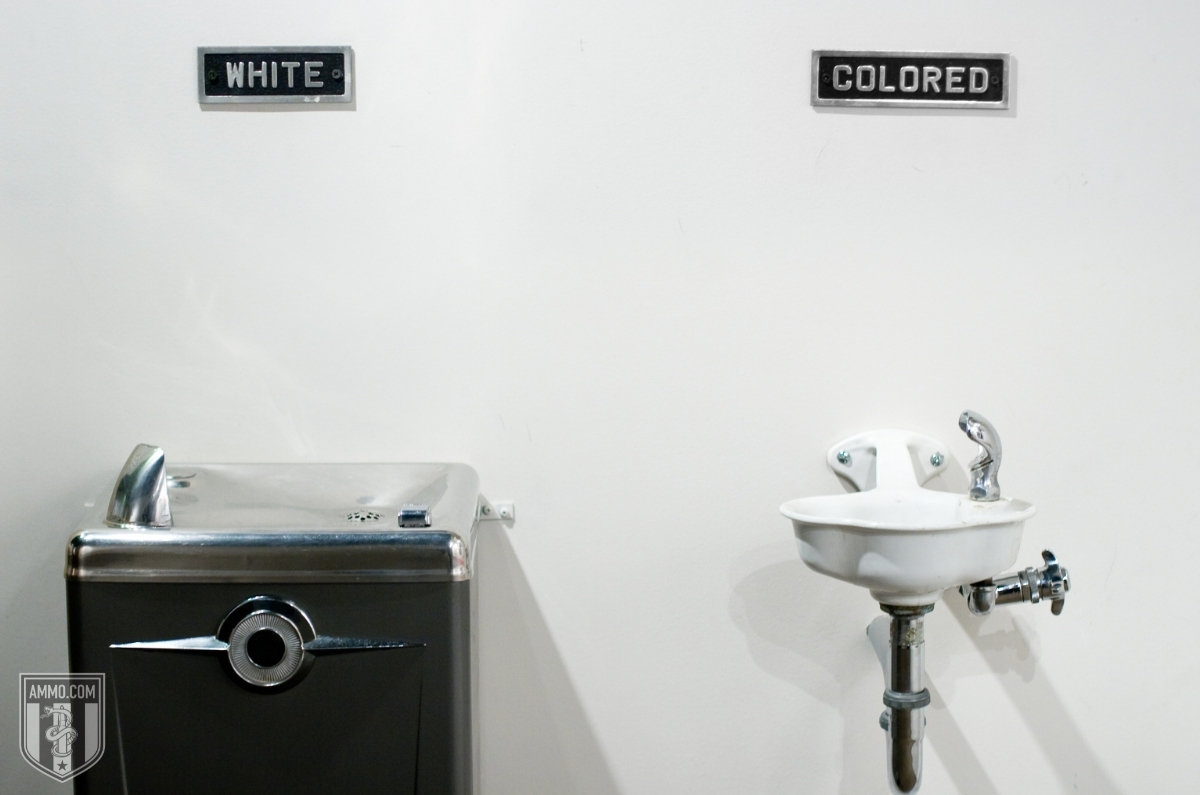 Righteousness must also be considered separately from the question of abolition itself, which was a moot point by the time the Reconstruction governments came into power. It’s one thing to see slavery, which was the default mode of human production throughout all of human history, as a great moral evil that must be ended at once. It is another to dramatically punish, humiliate, and disenfranchise people who participated in this economic system.

It is still another thing entirely to attempt to dramatically remake the world into one’s personal vision of Heaven on Earth. The carpetbaggers flooding Southern states during the Reconstruction Era believed that they simply needed to point the right guns in the right direction to create their earthly paradise.

Righteousness, in addition to a tangible ability of coercion through the military, cops, and courts, was the animating force of Reconstruction; however, it didn’t end there.

“UFO stigma” leaves US vulnerable to spying, drone strikes
With the new state religion the ‘covidian cult’ and America on a suicidal course into oblivion, no democrat nor republican dare state the obvious: ‘The emperor has no clothes!’
Julian Assange suffering torture, abuse in prison as deep state tries to MURDER him
Russia threatens to deploy intermediate-range nuclear missiles in Europe as tension with US escalates
The linchpin in the plot to destroy every man, woman and child in America is the MSM, brainwashing us with propaganda for decades and pushing America to the brink of annihilation
Panic? US mega-corporations rush to abandon vax mandate
Australia to overhaul payments system with digital currency issued by central bank
Biden – the Manchurian candidate decline & fall of America
Theologians: Patriot movement must also be a Christian revival movement – Brighteon.TV
Economic issues, inflation, poor leadership among the biggest worries of Americans