(Natural News) One of two Washington left-wing radicals arrested in relation to a terrorist plot to derail an oil tanker train was convicted on a terrorism-related federal charge on Saturday.

28-year old Ellen Reiche was arrested with 24-year old Samantha Brooks in November, after federal and local law enforcement began an investigation into a series of ‘shunts’ placed on train tracks in Whatcom County. The crude devices had the ability to power down a train, potentially endangering the lives of crew on board and those around the train.

Charge come from places shunting devices on train tracks w/ trains carrying hazardous materials. Faces up to 20 years. (Won't get anything close to that) https://t.co/sLrJNB22Gm pic.twitter.com/CUjvte7JuR

A jury deliberated for three hours after Reiche’s two-day trial.

Brooks pled guilty to railroad interference charges in July. Reiche’s conviction could land her as many as 20 years in prison when she’s sentenced in December, although it’s likely federal prosecutors will hand the militants little more than a slap on the wrist.

Reiche and Brooks were apprehended by Whatcom County Sheriff’s Deputies after hidden surveillance camera footage revealed them placing shunts on train tracks. Shortly after their arrests, deputies photographed left-wing environmentalist bumper stickers on their nearby vehicle. 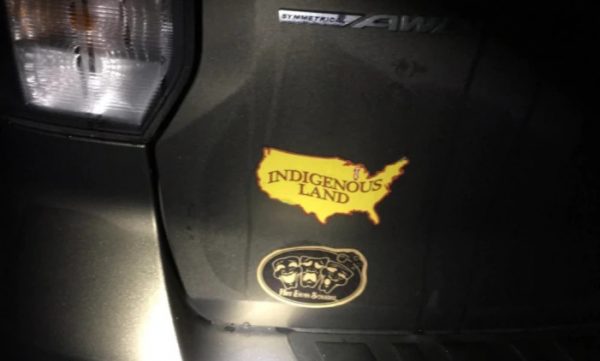 Reiche’s Linkedin(now deleted) advertised her former employment with the Washington Democratic Party at the time of her arrest, along with employment with other left-wing political groups. A post on ANTIFA-linked website It’s Going Down took responsibility for the shunt plot before the two were arrested, citing a desire to “fight against colonial invasion” and defend what they saw as rightful American Indian land located in Canada.