Heart inflammation in teens explodes across US after FDA approves injections

(Natural News) Heart inflammation cases, known as myocarditis, have exploded across the Western World in teenagers following the Food and Drug Administration’s approval of the Pfizer injection.

The latest example comes from a U.S. student athlete named Ron Stallings, who took to Instagram on Saturday from the hospital to warn users about the potential risks associated with taking the COVID shot.

“I’m in the hospital right now with heart complications from the COVID-19 vaccine. I want to inform as many people as I can about the risks from taking the vaccine that I wish someone would have told me,” Stallings said.

“I’m a Division 1 student athlete with no prior health issues and I got the second COVID shot Tuesday, and within four days I have been diagnosed with myocarditis and was told that I probably won’t be able to play my senior season now.”

Stallings went on to say that he’ spoken to other student athletes who contracted heart issues as a result of taking the vaccine.

“I’ve spoken with some other student athletes that have also had to have either heart surgery or have had heart issues from this and it’s very scary stuff. And a lot of people in our age group apparently are at higher risk from heart issues from the vaccine and it really does need to be talked about,” he said.

Hundreds of cases of myocarditis have been documented in teens not just in America but in Canada and Europe as well, which the media has been covering up.

In fact, Ernest Ramirez, who explained in his first interview with Alex Jones how the COVID injection killed his son, has been censored by Facebook for trying to share his tragic story. 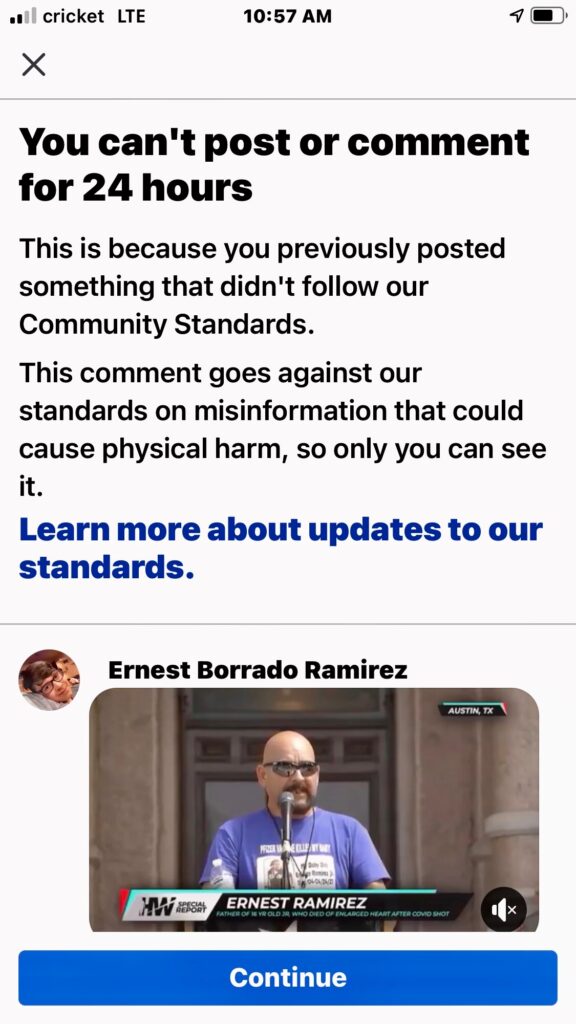 In this bombshell 5+ Saturday broadcast, Ernest Ramirez explains to Alex Jones how his son fell victim to the experimental COVID injection.

This follows a bombshell study showing teenage boys are 14 times more likely to suffer from heart complications as a result of receiving the COVID injection. 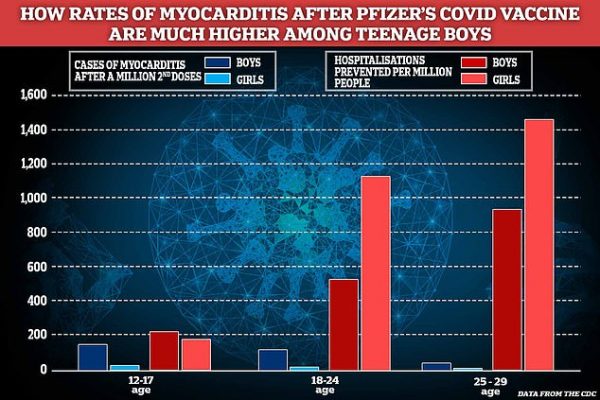 The FDA approved the Pfizer jab for children 12-15 in May despite reports of heart inflammation side effects. The agency fully approved the jab in August.

Read more at: InfoWars.com and VaccineInjuryNews.com.

Previous :Photos: Fauci funded $375K Beagle torture overseas, too
Next : $181 million settlement means Americans in 24 States who bought chicken between 2009 and 2020 could be eligible for payout
Receive Our Free Email Newsletter