(Natural News) Did you know that Roald Amundsen, a Norwegian explorer, was the first person to reach the South Pole?

This was no easy feat, especially without modern survival gear that preppers have access to now. But Amundsen reached Antarctica because he and his crew were prepared to face the cold terrain.

Detailed below are eight important lessons from Antarctica that will also help you survive when SHTF. (h/t to Survivopedia.com)

Amundsen, born in Borge, near Oslo, in 1872, wanted to be the first man to reach the North Pole. But as he was about to embark on his journey in 1909, he found out that an American named Robert Peary already achieved the feat.

Unfazed, Amundsen completed his preparations and sailed for Antarctica in June 1910. On December 14, 1911, Amundsen’s expedition reached the South Pole. Amundsen and his party returned safely to base camp in late January.

Scott’s party eventually reached Antarctica on January 18, 1912, but not until after losing two members and the animals they brought. Unfortunately, Scott and the other two survivors of their party were trapped by a storm only 11 miles away from their base camp. Scott’s frozen body was found later in 1912.

Amundsen’s success was extraordinary because Antarctica is one of the most inhospitable terrains on Earth, the Sahara Desert being second on the list. In fact, more people have succeeded in living in the desert than in Antarctica.

But even if the cold is a great deterrent to most people, Antarctica has been populated for more than a century. While there’s no native population like in the Arctic, scientific research stations have been operating in Antarctica since 1898. The largest is the McMurdo Station, which can house up to 1,258 residents.

If you wish to become a more experienced prepper that can survive harsh conditions similar to those in Antarctica, read on to learn how. 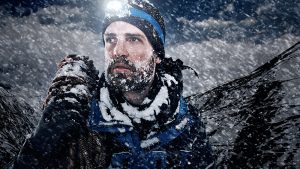 Like any prepping project, preparation is key to your survival in Antarctica.

Amundsen and the rest of his party prepared for their trek to the South Pole by first setting up their headquarters at the Bay of Whales. They built a strong hut that protected them from the harsh weather, and they stocked up on food, which included the meat from around 200 seals.

Their preparations didn’t end there. After their base was established, Amundsen and his party stored caches of food along their expected route. This ensured that they would have access to supplies if the journey took longer than expected.

Amundsen and his crew spent months establishing their caches to also lighten their load. Additionally, setting up their supply depots gave them a chance to test their equipment. (Related: Learning from an American icon: 11 Survival lessons from Daniel Boone.)

Before SHTF, prepare for the worst. Stock up on supplies and have a bug-out bag ready in case you need to evacuate.

In prepping and survival, there’s no such thing as overkill

Amundsen’s expedition to Antarctica prepared for the worst by testing their gear and learning how to improve their equipment so it would serve them well on their journey. Even if you live in a state with no harsh winters, being overprepared is always better than being underprepared when SHTF.

First, find out which natural disasters are common in your area. Next, make sure your home is disaster-proof before anything bad happens. Finally, stock up on supplies for your whole family. 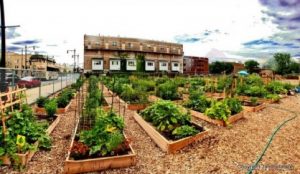 Antarctic settlements have to be fully self-sufficient, and some even grow food in greenhouses and have nuclear reactors as energy sources. While these settlements depend on resupply from the countries that established those bases, they are also prepared in case such resupply doesn’t reach them.

Learn how to be self-sufficient by starting a garden on your homestead. If you’re a beginner, start small with herbs and work your way up to staple crops like:

Scheduling in the Antarctic often depends on the weather. Bigger scientific settlements in the South Pole have weather stations that broadcast regular reports so people will know when bad weather is on the way and when it is safe to work outdoors.

Amundsen scheduled his trips to establish three supply caches before winter hit. He then waited for the weather to become good again before leaving for the South Pole.

Do things like Amundsen and take advantage of good weather, whether by working on your garden or inspecting your homestead for any areas that need immediate repairs. 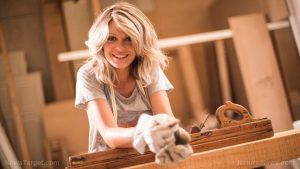 When taking on projects, build things to last

A makeshift shelter is fine for a day or two, but don’t think you can survive a long-term disaster scenario in a flimsy shelter made out of a tarp and some tree branches.

Before SHTF, make sure your bug-out location is sturdy and can withstand harsh weather. If possible, establish a cabin built out of stone or figure out how to build a log cabin.

Hard work is a regular part of a prepper’s life, but even preppers know it’s important to take a break.

Pay attention to the weather. Schedule outdoor work for when the weather is cooler so you don’t get a heatstroke.

Humans are highly adaptable, but modern man has gotten used to conveniences and may have trouble getting by without them when SHTF.

In a post-SHTF world, be prepared to work twice as hard to keep yourself and your family alive. Tend to your garden so you can have access to food even if you can no longer buy supplies from the grocery store.

Use the right kind of transportation

When choosing a bug-out car, don’t focus on something that looks cool but is useless in a survival scenario. Get something practical that will get you to your destination without breaking down.

Amundsen’s party succeeded because they used dog sleds as their main mode of transportation even though other teams didn’t. Transportation ties in with adaptability. Make sure your bug-out car can function in a much harder world after SHTF.

Modern life is much easier compared to Amundsen’s time, but if you want to survive when disaster strikes, you need to be adaptable and plan ahead.

Visit Survival.news to read more articles with tips on how to survive even in the harshest conditions.

Previous :Prepping before SHTF: Stock up on supplies now before things get worse later in 2021
Next : Stockpile storage tips: How to organize your survival supplies
Receive Our Free Email Newsletter