“Disinformation dozen”: A ‘faulty narrative’ with no evidence, says Facebook, despite 16,000 news headlines

(Natural News) In an unexpected turn of events, Facebook has called out The Center for Countering Digital Hate (CCDH) for manufacturing a “faulty narrative” without “any evidence” against the 12 individuals it has repeatedly defamed and labeled as the “disinformation dozen.”

Facebook has had enough of CCDH and is now pushing back. After months of accusations that it is allowing 12 “super spreaders of misinformation” on its platform to cause serious harm to the public health, it now alleges that CCDH’s report titled, The Disinformation Dozen: Why platforms must act on twelve leading online anti-vaxxers has no real factual basis. [note: hitman image added from the original as political commentary and/or satire]

CCDH’s report has been the driving force behind a global campaign to target, attack, defame, and deplatform a dozen outspoken health freedom and informed choice advocates, including myself and my wife Kelly Brogan, MD, all of whom have repeatedly raised both safety and human rights violations concerns with the regard to the hasty rollout of experimental COVID-19 vaccines and manipulated and inflated COVID case and mortality statistics. Amazingly, this includes 16,000 news stories within the international press, approximately 100% of which are word-for-word amplifications of CCDH’s claims/defamatory statements and reported uncritically as fact. 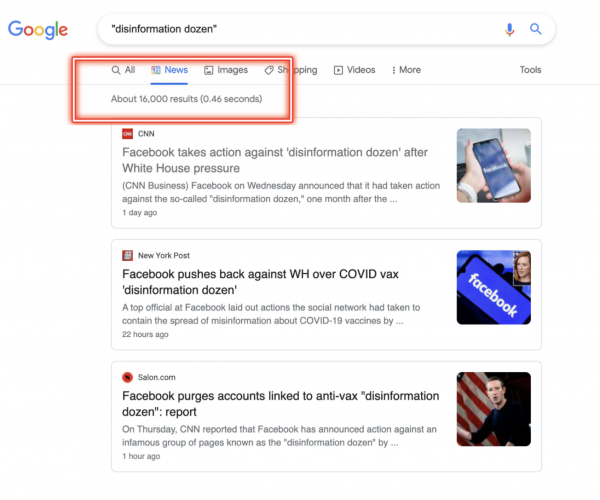 In addition, the Surgeon General Vivek Murthy, the White House Press Secretary Jen Psaki, and president Biden all used CCDH’s report as the sole source for their own defamatory accusations, reaching a dangerous rhetorical climax on July 20th when Biden stated that these 12 individuals are literally “killing people” [by spreading misinformation]. You can view my response to Biden’s accusation here.

“In recent weeks, there has been a debate about whether the global problem of COVID-19 vaccine misinformation can be solved simply by removing 12 people from social media platforms. People who have advanced this narrative contend that these 12 people are responsible for 73% of online vaccine misinformation on Facebook. There isn’t any evidence to support this claim. Moreover, focusing on such a small group of people distracts from the complex challenges we all face in addressing misinformation about COVID-19 vaccines.”

The report further clarifies how egregiously inaccurate CCDH’s claims are by noting:

“In fact, these 12 people are responsible for about just 0.05% of all views of vaccine-related content on Facebook. This includes all vaccine-related posts they’ve shared, whether true or false, as well as URLs associated with these people.”

The implications of Facebook’s report are all the more profound, given the fact the Department of Homeland Security released a terrorism bulletin on August 13th titled “Summary of Terrorism Threat to the U.S. Homeland,” which references “false narratives” tied to extremists groups as a threat to our national security. You can read my report on this bulletin here.

Ironically, CCDH has previously been identified as meeting the Commission on Countering Extremism’s definition of hateful extremists, and more recently was criticized by Senator Hawley as being tied to a ‘foreign dark money group’ and asked to reveal their funding sources.

For days now, the Biden’s Administration has said 12 people are “guilty” of spreading #COVID19 “misinformation” on social media. Who compiled this list for them? The Center for Countering Digital Hate. A foreign dark money group https://t.co/Q4UN1DzBvh

Another important aspect of the Facebook report is their acknowledgment that, despite CCDH’s narrative that only 12 targeted people are responsible for the majority of content related to questions around vaccine safety and effectiveness, there are actually “hundreds of millions of posts that people shared about COVID-19 vaccines in the past months on Facebook.”

“The report upon which the faulty narrative is based analyzed only a narrow set of 483 pieces of content over six weeks from only 30 groups, some of which are as small as 2,500 users. They are in no way representative of the hundreds of millions of posts that people have shared about COVID-19 vaccines in the past months on Facebook.”

Clearly, despite CCDH’s highly suspicious and still unaccounted for ability to directly influence the agenda of Congressional hearings, and even the talking points of the President of the United States, the truth is far more powerful and speaks for itself. Now, it would appear, even Facebook who is notorious for censorship and suppression of vaccine risk information, will itself no longer remain silent against CCDH’s blatant agenda to make baseless accusations and then call for the wholesale removal of free speech and public dialog on medical matters of life and death import.

Please Take a Moment to Let Your Voice to Heard, and Stand with Us!

If you have had enough of CCDH’s blatant defamation and lies, and want to send a signal of support to us as well as a message that there are far more than 12 people standing up against an agenda intent on stripping our most basic health, civil, and human rights, then please take a moment and let your voice be heard at the Stand for Health Freedom campaign here: We are More than 12: Add your Voice.

Read more at: GreenMedInfo.com and Lies.news

“Disinformation dozen”: A ‘faulty narrative’ with no evidence, says Facebook, despite 16,000 news headlines
Facebook tries to “save face” by exonerating the “Disinformation Dozen” who are internationally censored, slandered, defamed for telling the truth about vaccine injuries
‘Center for Countering Digital Hate’ publishes digital hit list including GreenMedInfo founder