(Natural News) A new report by researchers at Carnegie Mellon University and the University of Pittsburgh has found that the most highly educated Americans are also the most vaccine hesitant.

The researchers canvassed no fewer than 5 million Americans who responded to surveys on whether they were “probably” or “definitely not planning on getting a COVID vaccine.

The results will shock many.

In addition, while the lowest educated saw the largest drop in vaccine hesitancy for the first five months of 2021, those with PhD’s were the most likely to not change their minds. 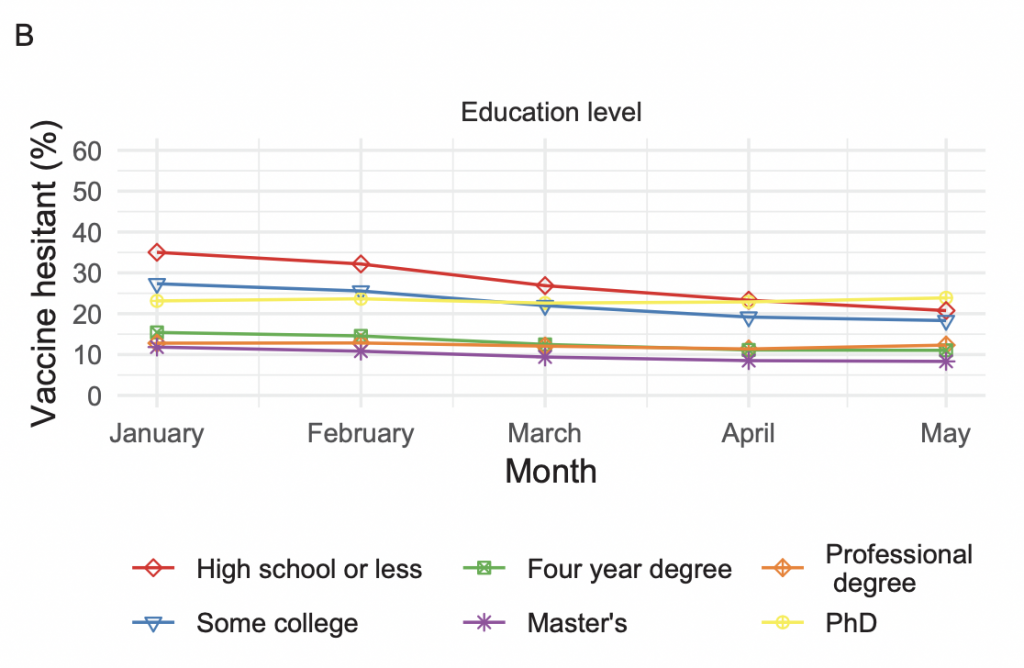 The study also reveals that the most common concern for those who are hesitant to take the vaccine is potential side-effects, with a lack of trust in government close behind in second.

The results of the investigation completely debunk the notion, amplified by media narratives, that only “dumb” people are vaccine hesitant.

How many of them haven’t taken the vaccine?

Read more at: NewsWars.com and Vaccines.news.

Previous :Freedom isn’t determined by which Big Pharma chemicals are in your body
Next : Schwarzenegger to anti-maskers: ‘Screw your freedom’
Receive Our Free Email Newsletter