(Natural News) It wasn’t that long ago that Republicans under then-President George W. Bush were responsible for doubling the size of the national debt within an eight-year period to a whopping $10 trillion.

Then Barack Obama was elected and he essentially said, “Hold my beer.” Within eight years, thanks to help from Democrats and Republicans, he doubled our national debt again to nearly $20 trillion.

When Donald Trump was elected, the first thing he did was try to make good on a campaign pledge to cut the deficit at least in half by the end of his first term and eliminate it altogether by the end of his second. But two things happened: One, his first budget, which contained the massive cuts he promised, was pronounced “dead on arrival” by congressional spend-a-holics and political pundits on both sides of the aisle; and two, Trump was robbed of his second term.

Now it’s Joe Biden at the helm, and when he took over, another nearly $6 trillion was added to the national debt. But that was January; gargantuan ‘COVID’ relief measures coupled with other massive spending has driven the debt to a new record high: $28.5 trillion as of this writing; a figure that will have gone up substantially by the time this story is published in quick order. 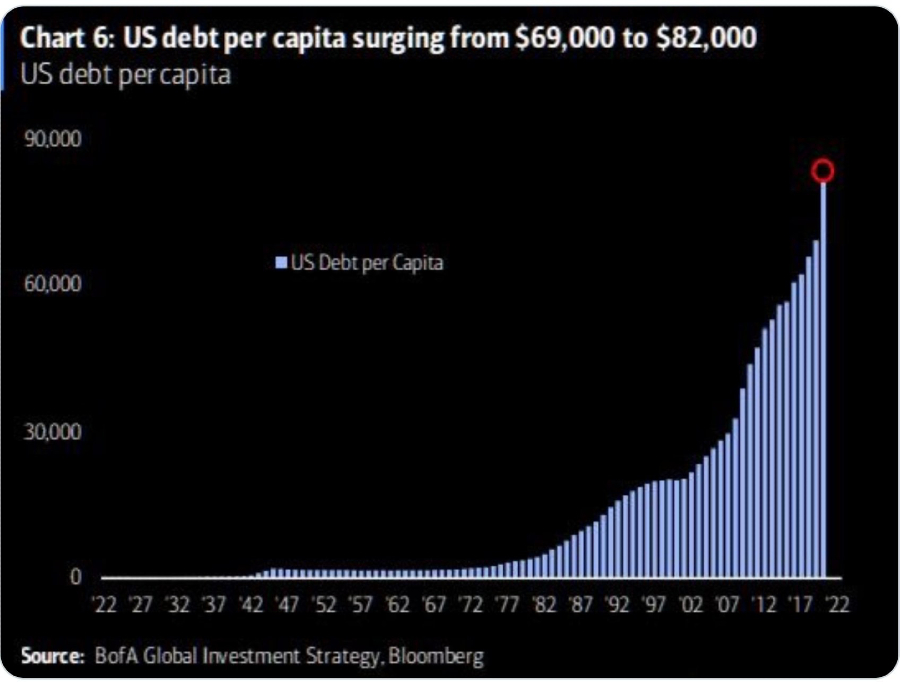 Worse, the stated national debt — that $28.5 trillion figure — is really just about one-third of the true amount that is owed by our government and, in turn, by taxpayers. 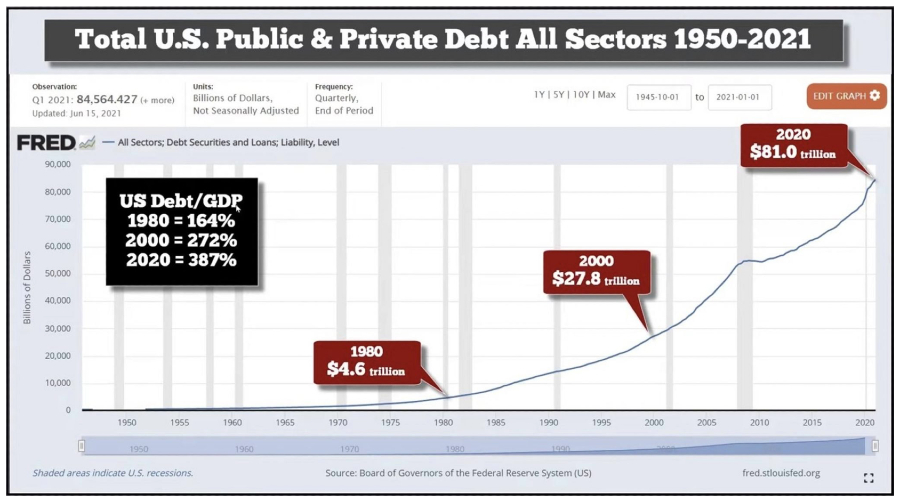 What does all of this mean? Simple: Successive U.S. congresses and presidents have spent our future into oblivion, choosing short-term political gain over long-term growth and fiscal responsibility. It is always about the next election, not the next century of American greatness.

“It doesn’t take a Ph.D. in economics to understand the gravity of this kind of spending, but still, economists defend it to worried members of Congress on the basis that we have no choice. The airplane must keep flying, weather be damned,” Bob Anderson, a partner and CFO of a hotel development company and a former aerospace engineer who worked on the International Space Station, wrote in The Federalist in August 2020.

“Perhaps we voters are to blame. Congressional candidates reliably promise to bring home the bacon, just as we demand. Despite our ‘term limits’ rhetoric, we faithfully send them back to D.C., over and over. Nobody wants to hear that entitlements cuts might be required to make things balance, nor do we have the political will to maintain debt ceilings. So we fly onward,” he added.

Anderson went on to make a prediction.

“Americans will soon realize that each dollar printed dilutes the value of those they’ve tucked away in their savings accounts, their retirement accounts, and their homes,” he wrote. “Doing this again to cover our national debts during a crisis would effectively represent the largest tax ever inflicted on Americans, and it would be implemented without a single congressional vote.

“When that day comes, with the dollar plummeting and inflation pushing the price of milk and bread out of the range of affordability, look for the press to livestream the so-called peaceful protests. They will likely ask how we never saw it coming,” he added.

And that money printing is sure to continue under the current Biden-Democratic regime, as economist Stephen Moore noted this week.

“There is a debt hangover coming. And if we stay on this path that the Biden administration wants us on, I believe there will be another financial crisis,” Moore said.

“I think sometime in the next 18 months, there will be a big correction,” he added.

Previous :Olympian Simone Biles being celebrated by warped left-wing counter culture for dropping OUT of Olympic games instead of competing
Next : Texas Dems demand that all Americans be made to take COVID-19 vaccine as party exploits pandemic for tyrannical power play
Receive Our Free Email Newsletter