(Natural News) As we watch liberals eat their own with the White House attacking Facebook, with Joe Biden accusing them of “killing people,” and Facebook issuing a statement pushing back, we see a few points getting lost in the chaos of the battle.

White House Press Secretary Jen Psaki recently admitted that the Biden regimes was “flagging problematic posts” on Facebook, for removal, if the Biden regime deems those posts to be “misinformation.”

Lets deal with that first, because according to the constitution Americans have the right to “speak freely,” and if Psaki was telling the truth, which she was this time, they are actively violating Americans’ constitutional rights by colluding with social media companies to “flag” and have posts “removed,” no matter what excuse or justification they offer. 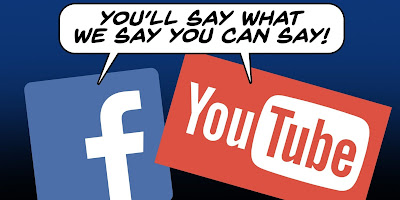 Another disturbing aspect of this is Psaki’s reference to “misinformation, as the truth has thus far been labeled as “misinformation” and people have been removed from Facebook because of that reason.

Facebook admits in a statement to removing “over 18 million instances of COVID-19 misinformation.”

The problematic issue, to use Psaki’s own words, is many of those removals were people debating whether the COVID virus was created and leaked from a lab in Wuhan.

That was labeled “misinformation,” at the time, posts were removed, accounts were suspended for speaking freely about their opinions on how the virus originated.

Now it is common knowledge that there is a very high probability that COVID originated in the lab at Wuhan.

Facebook has not reinstated the accounts of those that spoke the truth, but were silenced for actually telling the truth.

By colluding with the White House, it could also be said that Facebook, and other platforms, are acting as a government entity and should be help accountable for pushing fake news, while removing things that ended up being truthful news, all on behalf of the Biden regime.

Which brings us to a side issue before going into the battle of words and finger pointing between the White House and Facebook.

Social media’s 230 immunity protections under the Communications Decency Act, meaning they are protected from being held accountable for their censorship practices by claiming they are not a publisher.

Congress has complained, whined and got their soundbites during congressional testimony by reps Google, Facebook, Twitter and such, yet have not done a thing to rein in out-of-control social media companies, but the courts may just take care of the issue before Congress gets off their duff.

Long story short: A court ruled the 230 immunity clause protected social media from being penalized for censorship, after a video platform removed a video from a religious group. Now the  U.S. Appeals Court for the Second Circuit in New York, known for refusing to hear many cases, has agreed to  review the lower courts decision.

There currently are 10 active judges on the Second Circuit, as well as 13 semi-retired senior judges.

“This ruling puts Section 230 immunity in the crosshairs of judicial review. We suspect that the en banc court recognizes that Big Tech is not exempt from state and federal civil rights laws,” said attorney Robert Tyler, general counsel for the California-based Advocates for Faith & Freedom. His law firm, Tyler & Bursch, represents Pastor Jim Domen and the California-based Church United nonprofit.

“Section 230 was not intended to give Big Tech the right to exclude persons from their platform just because the customer is black, Muslim, white, Christian, homosexual, or formerly homosexual. That is plain invidious discrimination.”

According to BallotPedia there is a nearly an equal makeup of judges at the Second Circuit between those appointed between Democrat and Republican presidents, five of which were appointed by President Donald Trump.

Other countries are also taking social media platforms to task for censorship, as Germany has fined YouTube more than $100,000 for censoring a video of an anti-lockdown protest.

While $100,000 is a drop in the bucket compared to the Google-owned YouTube, this was one video, so one could imagine the billions in potential fines should should the U.S. start holding them accountable for every act of censorship. 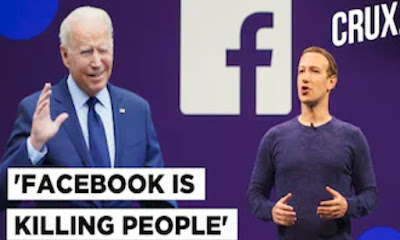 LIBERALS EATING THEIR OWN

As cannibals are guaranteed to do, Facebook and the White House has started eating each other.

As Psaki spoke about colluding with social media, naming Facebook by name for not removing posts fast enough,, the White House is being accused by Facebook of attempting to “scapegoat” Facebook because the Biden regime missed their vaccination goals.

The first paragraph of Facebooks response, in a post titled “Moving Past the Finger Pointing,” offer a strawman claim if we ever saw one.

At a time when COVID-19 cases are rising in America, the Biden administration has chosen to blame a handful of American social media companies. While social media plays an important role in society, it is clear that we need a whole of society approach to end this pandemic. And facts — not allegations — should help inform that effort. The fact is that vaccine acceptance among Facebook users in the US has increased. These and other facts tell a very different story to the one promoted by the administration in recent days.

No it hasn’t. Facebook removed any and all opposition to vaccines, along with preventing any real debate or even discussion about the safety of a vaccine that hasn’t even been tested for two years.

Therefore, the only people they have left on the platform to be “counted” as their claim of “increased” participation, are those accepting that Facebook has the right to deem whatever tthey want to be true and false.

This despite the demonstrable and documented censoring of the lab leak theory, which we know now is a legitimate line of discussion.

Another side note: In that same lengthy statement, Facebook informs readers that they “recently expanded our pop-up vaccine clinics in low-income and underserved communities. ”

What the hell is Facebook doing having anything to do with medical clinics? They are a social media and data mining company.

Read the entire statement, because there is just so many WTF assertions and claims. Readers should feel free to share what they find to be the most egregious statements and/or lies in that FB statement.

The U.S. government has no business colluding with social media companies, otherwise those companies become nothing more than a government mouthpiece and entity and should be labeled and advertised as such.

Previous :NYC psychiatrist tells Yale audience she fantasizes about shooting white people in the head and burying their body with her bloody hands
Next : “Let them die”: Fairfax PTA and NAACP officer under fire for attack on parents who oppose CRT
Receive Our Free Email Newsletter

Facebook admits in court that its “fact checkers” are just truth censors
12 worst cases of Big Tech censorship in 2021
Rumble severs business ties with Unruly Group and Tremor International (TRMR)
How Wikipedia changed me from being a good guy into an evil person
Dr. Oz, now a Republican candidate for the Pennsylvania Senate, is getting censored on Facebook after criticizing “Lord Fauci”
Climate change propagandist Michael Mann calls for total censorship of anyone who disagrees with him (op-ed)
Twitter now protecting pedophiles, child traffickers and corrupt Democrat politicians by selectively banning “transparency” channels
FDA ordered Google to remove covid videos from YouTube because agency didn’t like their message
New Twitter CEO bans the sharing of any photos and videos “without consent” as censorship worsens at platform
Facebook changed its hate speech detector algorithm after finding nine of 10 instances involved anti-white hatred