(Natural News) Homosexuality in film has exploded since the release of Brokeback Mountain.

The Obamas’ influence on NETFLIX’s board has subjected America’s children, night-after-night, to sweating adults engaged in same-sex acts; wives, moms and sisters intimate with the same sex, and men wearing floral print dresses not reminiscent of Monty Python.

This manipulation of reality is accompanied with the cultural, media, and political conditioning of the consumer. Meanwhile, parents who objected to NETFLIX’s alternate universe were reflexively called homophobe, racist, and sexist.

It may come as a surprise: men lacking homosexual tendencies will never knowingly pay to see Brokeback Mountain. Put another way, we’d rather be waterboarded.

The list of NETFLIX productions with gay themes, or peripherally weaving gay narratives through their scripts, is daunting. One might even think that NETFLIX required of producers to insert gay, transgender threads into every script. Play if you want the pay.

Gays comprise 4.5% of the population, with only 3.9% male according to WIKI.

Through its providers, syndications and media outlets, American and western Euro culture is hammered with sex-fluidity, almost 100% of the time. In other words, 4.5% of the population dominates culture through its entertainment mediums and messaging. The 96% rest is dominated by the cancel culture that cancels norms. Cancel culture is the secular version of proto-religious shunning of people who won’t go along to get along.

Take THE FALL OF A CITY, the story of Helen of Troy and the Trojan Wars.

In this fictionalized gay fantasy of a fairy tale, the “warrior-god” Achilles is recast as a balder Obama look-alike, gay as anyone who’s ever overdosed on laughing gas. Achilles’ “heel” is a “sensitive” gay “friend” who rounds out the warrior-god’s inner woman.

To advance the viscosity of the fluidity flowing through this comedy, we watch these two sweating chest-to-chest in a mano-a-mano vision of a twirking Fire Island beach frolic.

The two Spartans also “shared” (for variety’s sake) a Greek female slave. She became the ground meat in the mano-a-mano sandwich.

In other words, as feminist motive can be based in lesbianism and the hatred of men; queer psychology may arguably be related to the hatred and fear of women and a revulsion of female genitalia. More interestingly, in NETFLIX’s FREUD, the medical pioneer’s bisexuality was never mentioned.

What we have in FALL OF A CITY, folks, is the unmitigated narcissist Obama, casting himself in the image of a legendary Greek god. A Greek god is how he’s always imagined himself.

Before having descended from Mt. Olympus with the Alinsky Tablets, Obama returned to Greece to compare the real deal with the Greek Temple he built for himself in 2008.

Obama’s edifice to his immortal glory was based on Berlin’s Pergamon Museum’s ALTAR OF ZEUS!

EXCERPT: “In 2008, United States Senator Barack Obama spoke to 200,000 adoring fans in Berlin at the foot of the “Victory Column”—a military monument co-opted by Adolf Hitler and revamped by his chief architect, Albert Speer.

The decision to speak at the controversial site before he was anointed “president” was the same arrogance and hubris that would come to signify Obama’s tenure in office.

I was astounded to read of a very disconcerting spiritual connection beyond the obvious link to the 3rd Reich. It was first brought to my attention via Tom Horn’s excellent book Apollyon Rising 2012:

“…not far from where Obama delivered his rousing speech, is the Great Altar of Zeus in the Pergamon Museum. According to several reports, Obama visited the Great Altar while in Berlin…

“And to the angel of the church in Pergamum write: The One who has the Sharp Two-Edged Sword says this—‘I know where you dwell, where Satan’s throne is; and you hold fast My Name, and did not deny My Faith even in the days of Antipas, My witness, My faithful one, who was killed among you, where Satan dwells.'” ~ Revelation 2:12-13…”  REF: Johnny Girucci

Well-read on Saul Alinsky’s book, Rules for Radicals, dedicated to Lucifer, with Biden now following his direct orders, Obama reminded America in which direction it is heading. 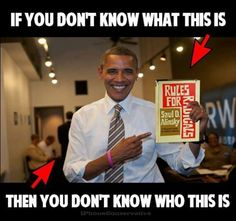 The same place where the captive tens of millions of children are heading: to NETFLIX to be indoctrinated into the homosexual, lesbian, transgender-fluid lifestyle.

Barry’s Executive Action encouraged men into schoolgirl’s bathrooms; and to compete against girls on the sports field.

2021 America is glorifying the Kamala Harris Administration’s (not a misprint) elevation of the improbable caricature of the obscene tranny, Rachel Levine. Grossly obese and pug ugly, Rachel wears heels, lipstick, a dress, and frizzy long dyed blond hair. In one word: revolting.

Going FORWARD! we have an old man pretending to be a woman, severely-mentally ill, who will manage America’s “healthcare” system.

Right after Biden’s swearing in, Rice allegedly forwarded Obama’s pre-prepared 50 Executive Orders promptly signed – on the first day. Not a single EO benefited America. Every EO and EA (executive action) preserved Obama’s failed and destructive legacy, and was intended to overturn Trump’s success-filled one. This, regardless of the damage Biden’s malevolent submission will have caused the nation. Obama’s EOs are the reminders and punishing of America for having had the bad judgement to have voted for the right president the last round.

Rice made sure that Biden surrounded himself with Obama rethreads…and he has.

NETFLIX’s fluidity will forever imprint America’s youth into LGBTQ, the notion that 4.5% of America is THE norm, and the 96% who were the norm are to be shunned. Obama’s 50 EOs signed by Joe Biden insured fundamental CHANGE – the Iranian nukes the former president promised for America and Israel. One Holocaust was not enough.

With foreign election interference combined with George Soros’ Open Society, Obama made himself America’s first three term president. He hijacked the culture, Hollywood, legacy media, social media, academe, and weaponized America’s intelligence agencies. These explain the elevation of the compliant Joe Biden to the presidency. And an obedient one-voice Democrat Party and SCOTUS fearful of, and blackmailed by, their own weaponized operatives.

As America suffers through the pummeling of Achilles’ heel, or better put, Obama’s Boot on America’s Face going Forward, what goes through your phobic and sexist minds Dear Reader?

Don’t tell me what you’ve just read is preposterous!

A gay Greek Achilles, cast as a black central African Obama look-alike, is not preposterous?

Not even after you watched a whole nation prostrate themselves at the feet of the one who worshiped his own glorious self at The Altar of Zeus?