(Natural News) A federal judge ruled Wednesday that students of the opposite biological sex must be allowed to share shower spaces and dorms at a Christian college in Missouri.

Judge Roseann Ketchmark of the District Court of Western Missouri ruled against the College of the Ozarks, a Christian college which had sued President Joe Biden’s administration over its transgender discrimination policies, lawyers representing the school said Wednesday evening. The college had challenged Biden over his Jan. 20 executive order, which prevented schools from denying children access to bathrooms of their choosing.

“The Biden administration’s overreach continues to victimize women, girls and people of faith by gutting their legal protections, and it must be stopped,” she continued.

The College of the Ozarks filed the lawsuit against Biden and the Department of Housing and Urban Development in April, two months after Biden signed the order. The school had argued that the government cannot force a private religious school to place biological males into female dormitories. 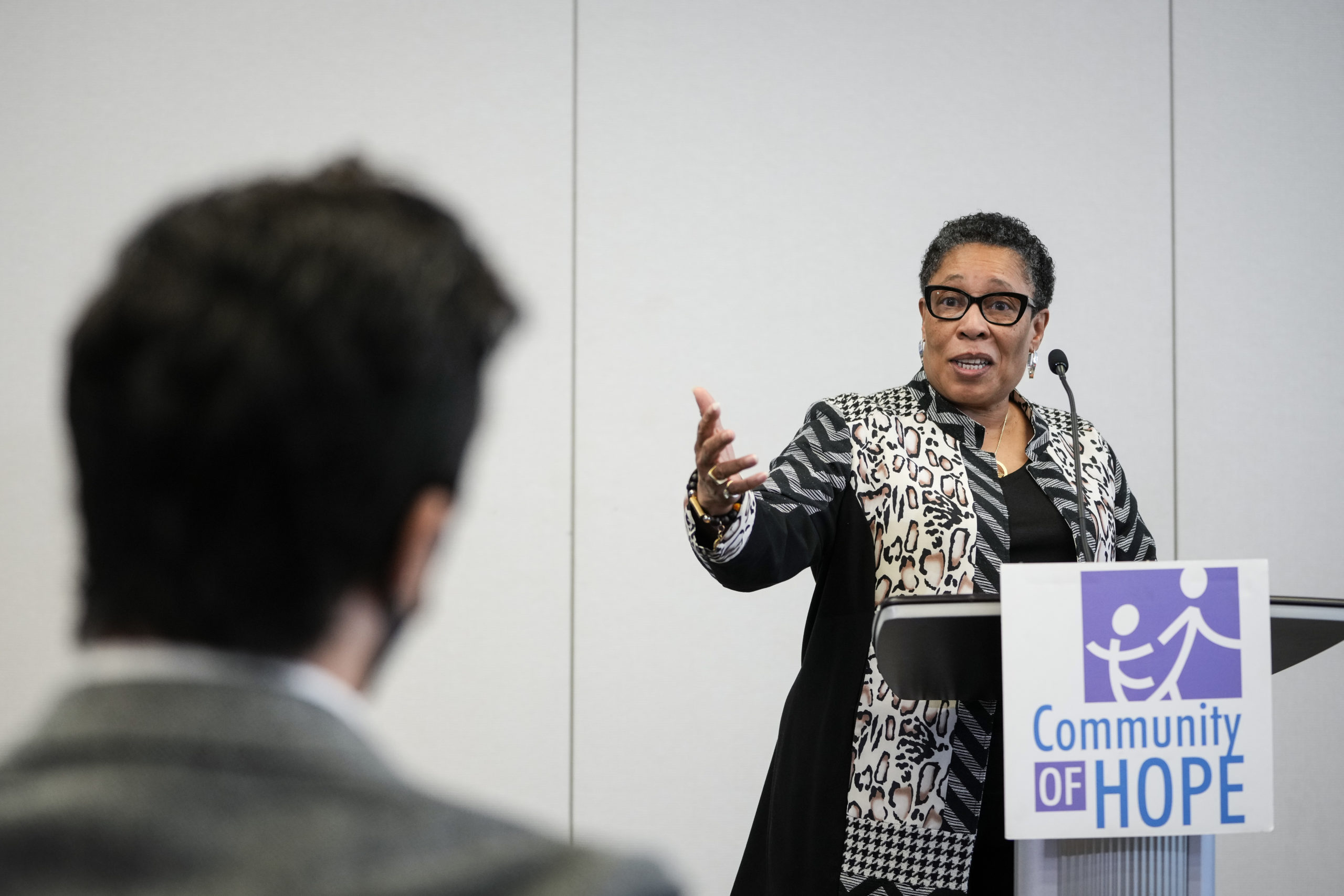 Secretary of Housing and Urban Development Marcia Fudge speaks to the press on May 5. (Drew Angerer/Getty Images)

The college faces six-figure fines if it violates the Biden administration’s order.

“While we are disappointed in today’s ruling, we expect to appeal so that schools are not forced to open girls dorms to males and violate their religious beliefs,” College of the Ozarks Chief Communications Officer Valerie Coleman said during the Wednesday press briefing.

“We will continue to fight,” she said.

Biden’s executive order, which was among his first actions as president, was criticized by many who argued it would hurt women. They argued that the order chips away at Title IX protections that women and girls have enjoyed for 50 years.

However, supporters of the order applauded it as a win for LGBTQ Americans. They argued it recognized transgender civil rights.

“It is of great significance to the LGBTQ community that on their first day in office, this administration has made it clear that discrimination has no place in the federal government,” National LGBTQ Task Force Executive Director Rea Carey said in a statement.

Read more at: DailyCaller.com and GenderConfused.com

Previous :Massive temple spotted on Mars ‘identical’ to an ancient Japanese tomb
Next : Ilhan Omar’s daughter comes out as a communist after supporting riots, calling for insurrection
Receive Our Free Email Newsletter