(Natural News) SEPTEMBER SURPRISE: Biden Declares War On The Right On September 1, 2022—A Day That Will Live In Infamy

It has never happened before in American history.

A sitting POTUS proclaims that half of US citizens are “semi-fascists” and “terrorists” and “extremists” who need to be identified and politically neutralized.

Biden’s meticulously languaged slur, of course, is aimed at “MAGA Republicans”.  Which means that, if you voted for Donald J. Trump in 2020, you are automatically a MAGA Republican.

What the communist-run Democrat party is doing here is driving a wedge deep into the heart of the GOP.  By singling out ‘extremely dangerous’ MAGA Republicans, they are giving the old-fashioned pre-Trump Republicans a way out so as not to be associated with such “extreme” and “dangerous” elements.

KEY POINTS: What makes real MAGA Republicans so very dangerous to the Democrat Party and NWO globalists is that they are truth-seeking Patriots, especially where it concerns the outright stolen 2020 POTUS election.  Of course, being true-blood Patriots also makes them extremely dangerous to the entire New World Order agenda.  Which is exactly why POTUS Imposter Joe Biden just demonized them — US — in a way never seen in the history of this Constitutional Republic.

Do you see how the countless Bidenites, Obamabots, Clintonistas, Berniacs and Pelosians are doing this just two months before the midterms?!  And how the CIA’s Mockingbird Media has created a 50 state echo-chamber to greatly amplify the many perils visited upon the nation by “MAGA Republicans”?

Clearly this is an exceedingly desperate and highly coordinated strategy by the NWO globalist cabal to create maximum division among all conservatives in the country.  In this very stealthy manner, the Democrats hope to peel off as many Right-leaning voters as possible … … …. particularly in light of how many millions of Democrats are forever quitting the party.  In reality, the midterms should be nothing but an unparalleled bloodbath for the Democrat Party.

But why would these Democrat political bolsheviks utilize such scorched earth tactics which will surely inflame the entire body politic?

Why use such a such a brazen, provocative and malicious ploy that could even lead to a very real cold Civil War?

Because the Democrats are so desperate to win the midterm elections across the board that they will attempt to steal every election in sight—THAT’S WHY!

Hence, their primary game plan revolves around sowing seeds of maximum chaos, confusion and conflict between now and Election Day.  For only in the fog of war, especially highly incited culture wars, will there be enough distraction for them to get away with the steals as they successfully did during the 2020 election cycle under cover of OPERATION COVID-19.

All the DEMs need are a few ‘plausible’ reasons why so many elections suddenly flipped (after massive vote fraud) to Democrat victories at the very last moment.  Therefore, the American people are about to experience “the greatest gaslighting operation in US political history” as they are victimized by one choreographed psyop after another, each one designed to enable the communist-run Democrat Party to divide and rule the Right without even firing a single shot. 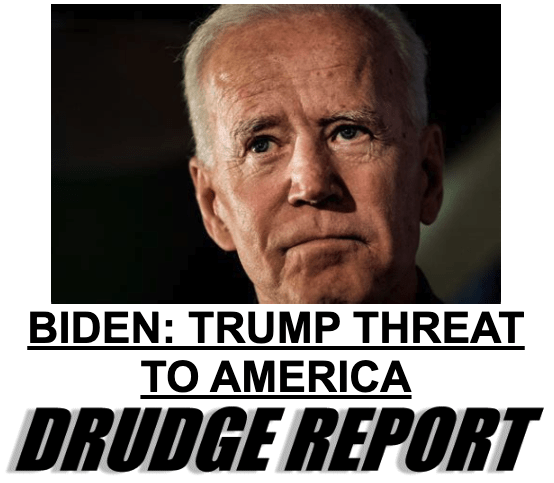 The New World Order globalist cabal pulling the strings of the entire Democrat Party knows full well that an all-out civil war really makes no sense in 21st century America, so their blueprint for collapsing the American Republic is being executed through the systematic marginalization and denigration of all citizens who do not subscribe to globalism in all of its multifarious manifestations.

As long as the Right can be kept on the defense for the foreseeable future, the Left is certain to carry out the NWO agenda by holding the reins of power in both the Executive and Legislative Branches of the U.S. Federal Government.

Fortunately, because of the unrivaled marriage of arrogance and ignorance which has taken place throughout the Democrat Party leadership nationwide, they falsely believe their extraordinarily risky and daffy gambit will see them to victory on November 8th.  It won’t.

However, the Right still has to make sure that the Left’s well-laid plans are foiled at every turn.  Remember, the best way to make God laugh is to design a great plan.  Wanna make Him really howl: make a ‘perfect’ yet evil plan.

Previous :Surprise: Stocks tumble after Gazprom “completely halts” Nord Stream indefinitely due to “unexpected” leak
Next : ‘The suicide sanctions’ against Russia will collapse America and Joe Biden was installed as the useless idiot that will usher in our destruction by design
Receive Our Free Email Newsletter