(Natural News) Sen. Ron Johnson (R-Wis.) criticized the FBI on July 26, alleging that the bureau was “weaponized” against two U.S. senators when it arranged an intelligence briefing in August 2020.

Johnson’s criticism was based on new revelations that surfaced a day earlier, when Sen. Chuck Grassley (R-Iowa) divulged that certain FBI officials had a “scheme” to wrongly label “derogatory information” on Hunter Biden as disinformation, based on what his office learned from “highly credible whistleblowers.”

“If these recent whistleblower revelations are true, it would strongly suggest that the FBI’s August 6, 2020 briefing was indeed a targeted effort to intentionally undermine a Congressional investigation,” Johnson wrote in a letter (pdf) obtained by Just the News. The letter was sent to Attorney General Merrick Garland, Director of National Intelligence Avril Haines, FBI Director Christopher Wray, and Justice Department Inspector General Michael Horowitz. 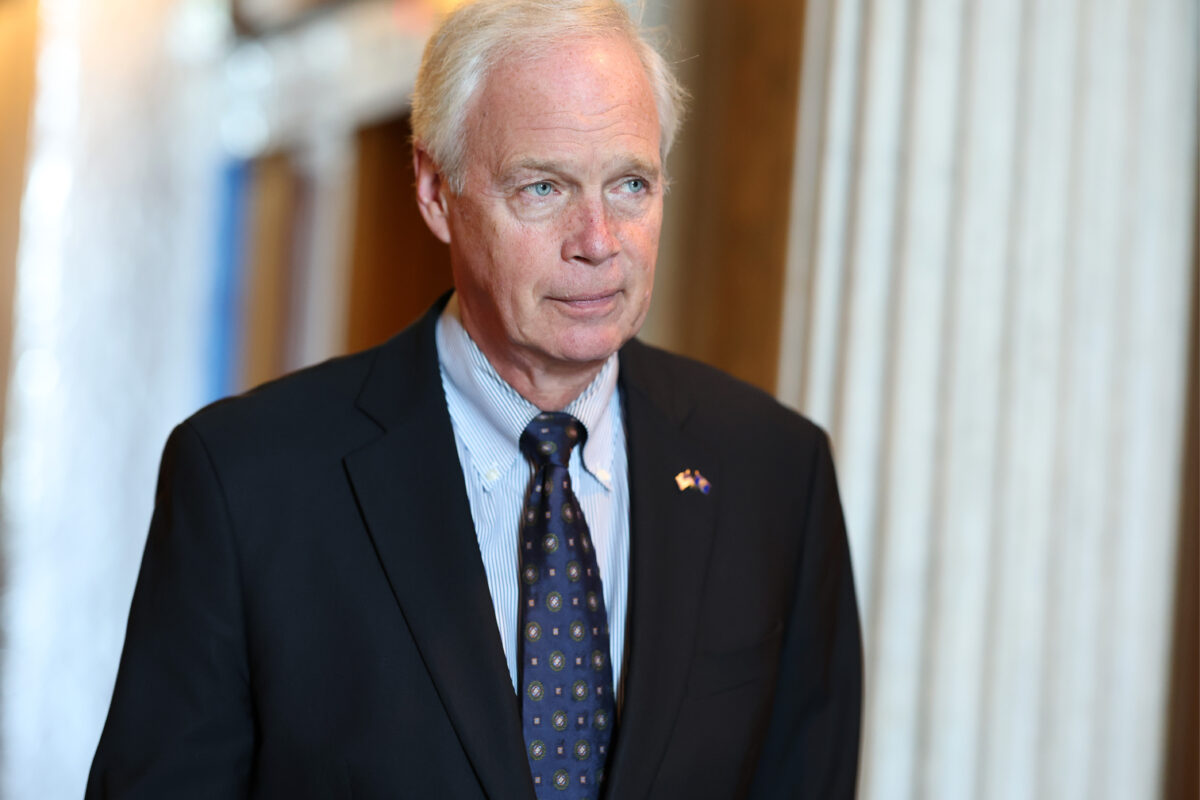 Sen. Ron Johnson (R-Wis.) departs from the Senate Chambers in the U.S. Capitol in Washington on July 21, 2022. (Anna Moneymaker/Getty Images)

“If these whistleblower allegations are accurate, how can your agency, Director Wray, be capable of investigating the president’s son?” Johnson continued. “Unfortunately, the FBI can no longer be trusted to investigate Hunter Biden with integrity and the equal application of law.”

Johnson and Grassley were probing the Biden family’s financial transactions when they were asked to attend an FBI briefing on Aug. 6, 2020. According to Johnson, the briefing was “completely unnecessary” and “completely irrelevant” to their probe.

However, the contents of the briefing were leaked to media outlets, prompting Johnson and Grassley to question the motivation behind the briefing.

In his letter, Johnson concluded that the 2020 briefing was “a set up to intentionally discredit our ongoing work into Hunter Biden’s extensive foreign financial entanglements,” pointing to an article published by The Washington Post on May 1, 2021.

Grassley also raised concerns about the same Washington Post article in his letter (pdf) to Garland in June 2021.

“The Washington Post article inaccurately linked Russian attempts to spread disinformation to my and Senator Johnson’s investigation into the extensive financial connections between the Biden family and individuals connected to the communist Chinese government’s military and intelligence services,” Grassley wrote.

“Information relating to the [Aug. 6, 2020] briefing was also used by Democratic Senators last Congress to publicly malign us and our investigation for the purpose of slowing it down, painting it in a false public light, and undermining its integrity.” 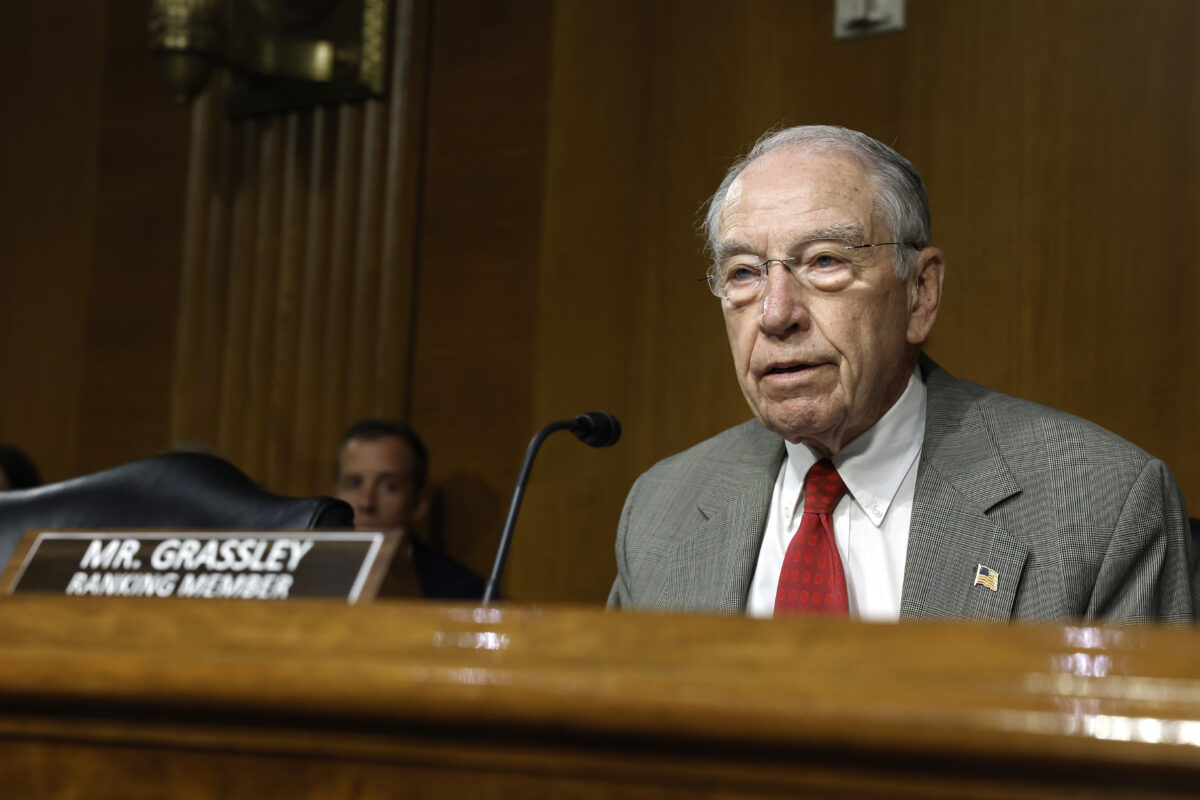 As such, Johnson said the FBI was “weaponized” against himself and Grassley, according to his letter.

“The FBI being weaponized against two sitting chairmen of U.S. Senate committees with constitutional oversight responsibilities would be one of the greatest episodes of Executive Branch corruption in American history,” Johnson wrote.

On Sept. 23, 2020, about a month after the 2020 briefing, Grassley and Johnson released a report revealing that there was “potential criminal activity relating to transactions among and between Hunter Biden, his family, and his associates with Ukrainian, Russian, Kazakh, and Chinese nationals,” while Joe Biden was vice president during the Obama administration.

The two senators have continued their probe into Hunter Biden. In March, they presented bank records on the Senate floor showing CEFC China Energy, a now-defunct company, made payments to Hunter Biden.

Johnson concluded his letter by saying that the FBI and the Office of the Director of National Intelligence haven’t responded to his request for information on “the purpose of, and who ordered” the 2020 briefing, despite his effort for nearly two years. He said the two agencies’ refusal to be transparent “is deeply concerning.”

The senator from Wisconsin suggested that the Office of the Inspector General could conduct an “objective review” or appoint a special counsel to address his concerns.

Johnson also reiterated his concerns over conflicts of interests, including how Nicholas McQuaid, the principal deputy assistant attorney general for the Justice Department’s criminal division, was a fellow partner in a law firm with an attorney who has represented Hunter Biden.

“Attorney General Garland, you have failed to provide Senator Grassley and me with assurances that any DOJ investigation into Hunter Biden’s potential criminal activity will be free of conflicts of interest,” Johnson wrote. “The American people should not have to tolerate your silence any longer.”

Department of Justice officials didn’t respond by press time to a request for comment.

Previous :ESG is a globalist ‘scam’ meant to usher in ‘One World Government’: James Lindsay
Next : Is pro-life now hate speech?
Receive Our Free Email Newsletter