(Natural News) And, just like that, it was over.

This is HUGE news folks. In bureaucrat speak, this is a near-complete cave-in to the actual facts: 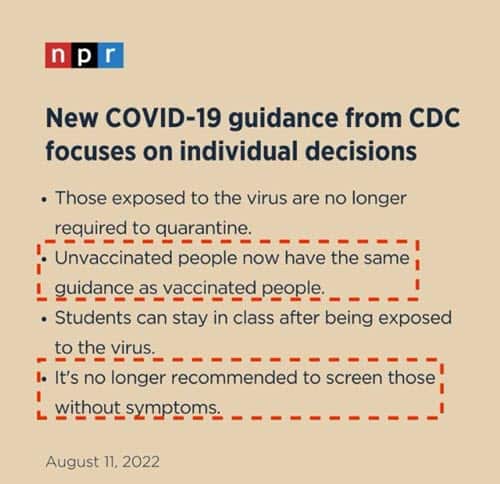 If you managed to maintain your integrity through this awful period of time, congratulations! You are one of the rock stars of this story. You are a solid individual who has courage and stood firm and tall when it mattered most.

As for the people who didn’t, some can be forgiven. But many cannot.

Those who could have and “should” have known better? The doctors who failed to utilize known and proven early treatments to save lives?  The public health authorities that locked people down and forced masks onto children’s faces without a shred of supporting science to back those decisions?  Medical hospital administrators who took the monetary bait and forced patients onto toxic and deadly regimens of Remdesivir and ventilators (again, without any supporting evidence!). The NIH treatment panel that still – to this day – does not recommend vitamin D, or any of the other actual safe and effective early treatments?

Sorry, not sorry, those people need to suffer real and lasting public consequences. Some doctors should lose their licenses. Some bureaucrats need to lose their jobs while others need to go to trial.

I feel most acutely for those who got caught up and suffered terribly as a result. I feel truly awful for all the people prevented from being at a loved one’s passing, or who ,as a condition of continued employment, were coerced into getting Covid jabs they neither wanted nor needed.

There are far too many tragic cases out there. Far too many young lives were lost and continue to be lost. I am angry that it happened and at the petty, ignorant bureaucrats who forced it to happen. “Sudden Adult Death Syndrome” is a thing now, and the attempts to normalize it by the press have left me thinking that those companies and journalists who engaged in this ought to be barred for life from ever being in the business again.

Here are a few out of many such candidates: 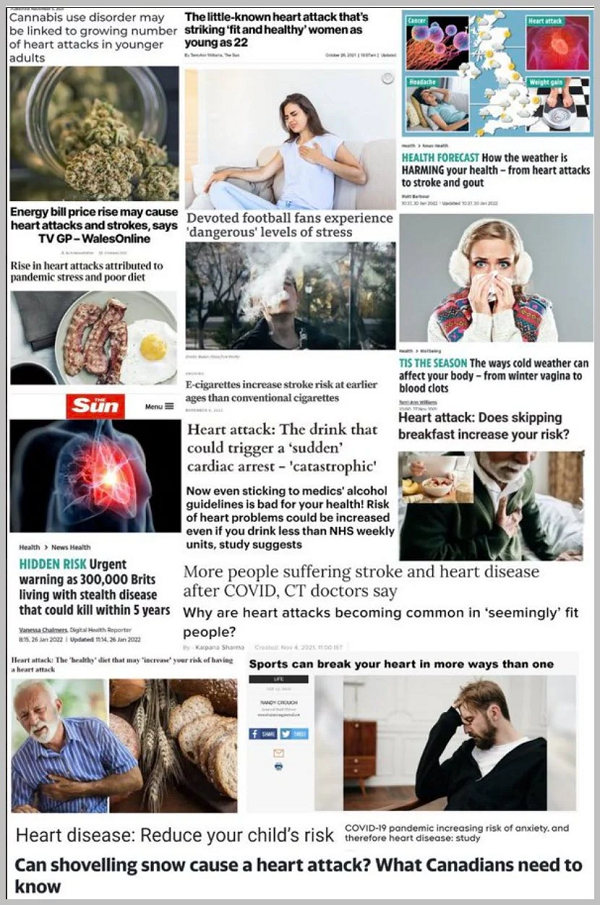 One prominent case of an avoidable tragedy was that of 17-year-old Sean Hartman:

Dan Hartman is sure that his hockey-loving son died from a COVID vaccination, but he’s being told very little about what happened. The Ontario dad says he wants answers about the sudden death of 17-year-old Sean.

“I cannot grieve him properly without the truth. It’s different if someone dies in a car accident or disease or suicide. This is none of them—this is unknown,” said Hartman in an interview on NTD’s “The Nation Speaks” program aired on July 30.

According to the Beeton Athletic Association Cash Draw’s tribute to Sean, he began playing hockey at age 5 and went on to play for the TNT Tornadoes in New Tecumseth, Ontario, for three years before returning to his hometown of Beeton in his major Bantam year.

Due to the COVID-19 pandemic, the Ontario Minor Hockey Association implemented a policy that required players aged 12 and over to be vaccinated or risk not being able to play.

Hartman said that Sean decided to get the shot last August in order to continue playing, as hockey was his passion. In Ontario, there is no minimum age of consent under the Health Care Consent Act, which means youth of Sean’s age can get vaccinated without parental consent.

“So, on August 25, he had the Pfizer vaccine. And on August 29, he went to the emergency [room]—he had brown circles around his eyes, and a rash and he was vomiting,” Hartman said.

There are thousands and thousands of similar and tragic cases. Too many.

All along the way, I have been saying the same thing as Drs. McCullough, Malone, Urso, Kory, Marik, Rose, and Steve Kirsch among many others; the Covid vaccines should never have been put into every possible person.

There should have been an age and risk stratification approach. Only some people should have gotten them, but never into healthy children. Never.

The demonization of even simple and entirely appropriate questioning was horrific and continues on to this day, as ” target=”_blank” rel=”external noopener noreferrer” data-wpel-link=”external”>I outlined in a recent video on “Fact Checkers” wherein I covered a truly horrific New York Times article by Sheera Frenkel. In it, Ms. Frenkel went overboard on hyperbolic, emotionally-laden verbiage in a brazen attempt to mischaracterize any questioning by parents as being entirely due to misinformation, conspiracy theories, and a black-and-white stance as “anti-vaxers.”

Well, if hesitant parents are anti-vaxers, then we have to say that those folks are in the vast majority (and rightly so) while it is Ms. Frenkel and the New York Times who are in a tiny minority that is horribly out of alignment with the data.

Far from being fringe, the view that children do not need the Covid-19 jab, it turns out, represents either a significant minority (for older age cohorts) or indeed an overwhelming majority (for younger) of parents both within the U.S., the UK and elsewhere.

Are the 95% of U.S. parents who have declined to get their 0-5 year olds vaccinated for Covid-19 ‘anti-vax?’ What about the 89% of UK parents who as of the end of July had declined vaccination for their 5-11 year olds?

Of course they aren’t. They are simply recognising the reality that the extreme age discrimination of Covid makes vaccination unnecessary for the vast majority of otherwise healthy kids, as does infection-acquired immunity.

(Source – The Demonization of Dissent)

How it ever came to be that “the Left” became the biggest cheerleaders of court-proven corrupt pharma companies is for the psychologists and social scientists to unravel. Maybe we could include some ethicists and prosecutors as well.

More importantly and tellingly in this sad saga, early treatments should have been discovered and wisely used, as they were in many other countries.

The simple fact that the pair of charts displayed below weren’t ever a healthy and vigorous topic of discussion speaks volumes about just how bad the corruption really was.