(Natural News) If Americans needed any more proof ‘freedom‘ is under all-out attack by a shadowy group of wannabe tyrants masquerading as ‘govt‘ here in America, we get it from this new story over at Project Veritas reporting on a newly leaked document provided to them by an FBI whistleblower showing how every day Americans are being looked at as ‘potential domestic terrorists‘ over very common symbols that might be on items of clothing they wear, phrases they might use and more.

Reporting within their story that the document was marked as “Unclassified/Law Enforcement Sensitive” which was for “FBI Internal Use Only,” note that it labels as ‘extremist’: the Betsy Ross flag, anything advocating for the 2nd Amendment, the Gadsden Flag and much more.

Quite literally putting a big govt target on the backs of American citizens for us simply expressing our opinions and knowledge of history, this story from Project Veritas and that FBI document remind us of this August of 2013 story by Michael Snyder over at The Truth Wins titled “72 Types Of Americans That Are Considered “Potential Terrorists” In Official Government Documents.”

Beginning that mega-viral story with “Are you a conservative, a libertarian, a Christian or a gun owner? Are you opposed to abortion, globalism, Communism, illegal immigration, the United Nations or the New World Order? Do you believe in conspiracy theories, do you believe that we are living in the “end times” or do you ever visit alternative news websites (such as this one)? If you answered yes to any of those questions, you are a “potential terrorist” according to official U.S. government documents,”, we’ll be taking a long look at that 2013 story, in relation to this new Project Veritas leak, in the next section of this story below. 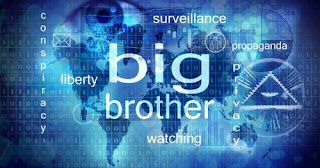 So let’s answer the questions Snyder posed above honestly. “Are you a conservative, a libertarian, a Christian or a gun owner?” If you’re reading ANP willingly, it’d be a safe bet to say the answer to several of those questions is yes.

“Are you opposed to abortion, globalism, Communism, illegal immigration, the United Nations or the New World Order?” In 2022 America, the odds are the majority of Americans are opposed to at least one of those things, with the US Supreme Court abortion decision showing that at one of the highest levels of government.

“Do you believe in conspiracy theories, do you believe that we are living in the “end times” or do you ever visit alternative news websites (such as this one)?” If you’re reading this story, that’s obvious.

With Snyder’s 2013 story proving to us we’ve been on this road to tyranny for quite some time now, let’s take a look here at some of the other ‘72 different types of Americans‘ who’ve long been on ‘the list‘:

At one time, the term “terrorist” was used very narrowly. The government applied that label to people like Osama bin Laden and other Islamic jihadists. But now the Obama administration is removing all references to Islam from terror training materials, and instead the term “terrorist” is being applied to large groups of American citizens.

And if you are a “terrorist”, that means that you have no rights and the government can treat you just like it treats the terrorists that are being held at Guantanamo Bay. So if you belong to a group of people that is now being referred to as “potential terrorists”, please don’t take it as a joke. The first step to persecuting any group of people is to demonize them. And right now large groups of peaceful, law-abiding citizens are being ruthlessly demonized.

Below is a list of 72 types of Americans that are considered to be “extremists” and “potential terrorists” in official U.S. government documents. As you can see, this list covers most of the country…

1. Those that talk about “individual liberties”

2. Those that advocate for states’ rights

3. Those that want “to make the world a better place”

4. “The colonists who sought to free themselves from British rule”

7. Anyone that holds a “political ideology that considers the state to be unnecessary, harmful,or undesirable”

8. Anyone that possesses an “intolerance toward other religions”

9. Those that “take action to fight against the exploitation of the environment and/or animals”

14. “Opposition to equal rights for gays and lesbians”

15. Members of the Family Research Council

16. Members of the American Family Association

17. Those that believe that Mexico, Canada and the United States “are secretly planning to merge into a European Union-like entity that will be known as the ‘North American Union’”

19. Members of the Federation for American Immigration Reform

20. Members of the Tennessee Freedom Coalition

21. Members of the Christian Action Network

22. Anyone that is “opposed to the New World Order”

23. Anyone that is engaged in “conspiracy theorizing”

25. Anyone that is concerned about FEMA camps

26. Anyone that “fears impending gun control or weapons confiscations”

29. Those that “don’t think they should have to pay taxes”

30. Anyone that “complains about bias”

And as you’ll see in Snyder’s story, with that list of 72 different types of Americans being demonized as potential terrorists back in 2013 covering at least half the country, just imagine how much more it has grown to this day with anyone standing against ‘anything globalist‘ attacked by them and their mainstream media, often demonized as ‘white supremacists’ and other crazy terms. Please read the entire list here. 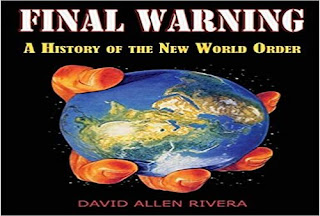 So with Joe Biden’s FBI picking up exactly where Obama’s govt left off, more evidence Biden is just a puppet for another Obama administration, demonizing just about every American who doesn’t go along with their insane agenda as being a potential terrorist, the state of Florida has just stirred up the anger of leftists by unveiling a new ‘Don’t Tread On Me’ license plate, so ‘controversial’, huh?

Attacked because the slogan pushes ‘freedom‘ rather than ‘slavery,‘ as this Twitchy story pointed out, even the American flag is ‘toxic‘ to the America-hating left so none of this should surprise us.

Yet what all of this does is give us all more confirmation of a very real, largely covert and undeclared ‘war‘ upon all that is ‘America,’ with ‘Liberty‘ from ‘Sea to Shining Sea‘ looked down upon the radical left that wants to control everything, the ‘symbols of freedom‘ shunned and even criminalized. With one conspiracy theory after another now confirmed, how far ahead are the FEMA camps long warned of? As the 1st two videos below point out, they are coming after Patriots.

In the first video below we hear more about the recent FBI leaks that Project Veritas has exposed, more evidence that the globalists are coming after American patriots while our videographer in the 2nd video below takes a long look at the implications of the same topic. And in the 3rd/final video below from several years ago, the videographer took a look at that 2013 Michael Snyder story on the ‘72 Types of Americans‘ who’ve been classified as potential terrorists in official US government documents, a list that would contain the names of just about everyone reading this story in 2022 ‘Amerika‘.