(Natural News) When the Supreme Court overturned Roe V Wade, after 50 years of offering a federal “right” to kill the unborn in the womb, handing the issue back to the states and the people of the states, we saw more than just temper tantrums.

In fact, we saw the mask ripped off pro-abortion supporters and protesters, to see the true faces and natures of liberals and democrats in America.

While Americans have polled as being more concerned about inflation, the economy, high gas and food prices than they are abortion issues, the extreme reactions from the left on the overturning of Roe v Wade, are causing many moderate Americas to distance themselves from the entire abortion issue, even those that are what they call “pro-choice” meaning in favor of federally legalized abortion.

Republicans actually gained a point after the Row ruling.

A new YouGov/Economist poll of 776 likely voters from June 25 to June 28 showed 45% of voters would support their Republican congressional candidate, as opposed to 40% for the Democrat. Not only do Republicans retain their generic ballot lead (which in and of itself is a rarity because typically Democrats have a lead in most all election years) but they actually gained 1% from the poll conducted before SCOTUS reversed Roe.

The complete meltdowns from the liberal media, pro-abortion groups, and democrat politicians, are actually costing them support, rather than garnering it for them.

We saw the media pick up and carry the democrat abortion banned, insisting on calling abortion “reproductive” care or health, which as we have documented previously is an egregious misrepresentation of what abortion really is. It just sounds better than calling it baby-killing, so they run with it.

We saw and are still seeing politicians so invested in the killing of unborn babies that they are pushing to have “abortion tents,” in national parks. National parks are funded by Congress, which uses taxpayer dollars, so they are actually asking Americans to fund abortion “tents” aka clinics.

Natural News reported on it, and the image they used is absolutely spot on as to the ghoulish nature of the suggestions and responses coming from the pro-abortion crowd. 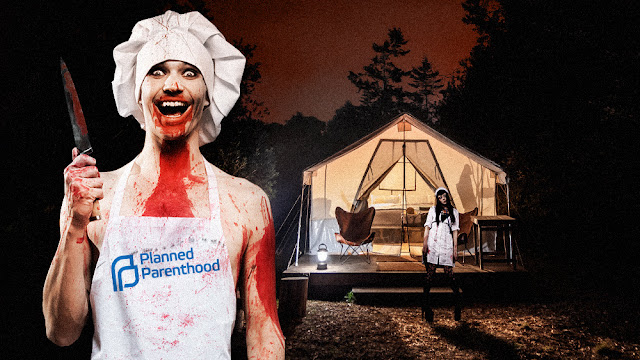 Via that NN piece:

Left-wing abortion zealots want to set up “abortion tents” across America’s national parks in red states so that baby murder can continue to be carried out against America’s babies in contradiction to the recent Roe decision rendered by the US Supreme Court.

This bizarre, horrific idea would make national parks — where Americans typically bring families to enjoy nature together — a “baby butchery factory” where people come to murder their future families and end lives.

No doubt the Biden regime will even call it “recycling” by spreading the gory remains of the butchered babies across those national parks, claiming it’s “nitrogen for trees.” (This is the green movement in a nutshell.)

How fitting that Sen. Elizabeth — also sarcastically known as “Pocahontas” — seems oblivious to the history of the US federal government butchering Native American men, women and children on what is now “federal land.” Apparently, Sen. Warren doesn’t think the butchery of the Native American Indians went far enough.

One of the most disturbing, and to many completely disgusting displays was caught in the 30+ second video clip below where a young woman, is screaming “We love killing babies.”

Now just imagine your so-called “pro-choice” (meaning abortion supporter) neighbor or family member seeing that video above…. are they radically extreme enough to want to go stand next to the screaming shrew screaming about loving killing babies?

That clip needs to be shown to every “moderate” American out there, especially those that find abortion distasteful but have bought into the media/liberal narrative of a “women’s right to choose.”

They have finally taken their masks off and are showing us this never had anything to do with a “right to choose,” and is truly about women not wanting to take responsibility for their own actions, or lack of action. With a cornucopia of methods to prevent pregnancy, not all, but most abortions are obtained by people that didn’t bother with birth control and have used abortion as birth control.

They “love killing babies,” because it is preferable to them than taking the time and effort to prevent becoming pregnant in the first place.

Some groups are so radically extreme they are now offering “bounties” for information on Supreme Court Justice sightings, so they can stalk them and harass them as part of their temper tantrums.

The groups Our Rights DC has also been organizing protests at the homes of the Supreme Court Justices that voted to overturn Roe, terrorizing them and their families, which in some cases are very young children. 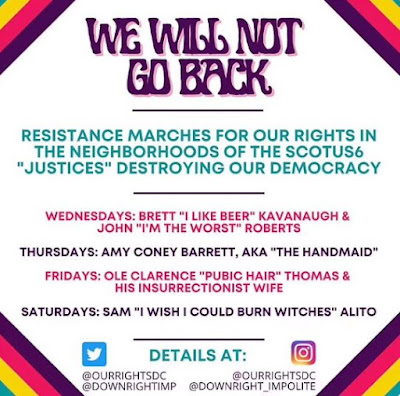 There was also a “summer of rage” march on Saturday in DC. 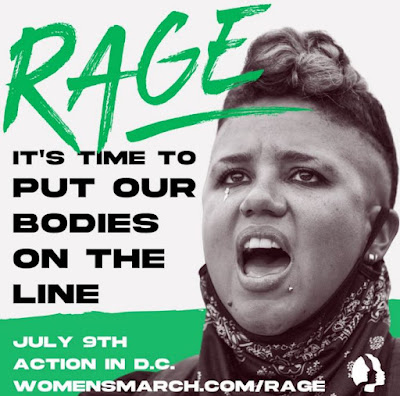 The reaction is out of proportion to the issue.

The Supreme Court did not “ban” abortion they simply took the federal government out of the equation and handed it back to the states and the people of those states that choose which officials to elect.

If the majority of Americans, as the skewed liberal polls claim, truly do support the “right” to kill the unborn, then the “people” will elect state officials that represent that view. If not, then the actions will negate the attempt by the media to claim the “majority” wants abortion legal.

Previous :Paper gold price manipulation — Rigged to fail
Next : Who is behind a series of “mysterious explosions” at natural gas facilities in the United States?
Receive Our Free Email Newsletter