(Natural News) The Supreme Court just ruled the EPA does not have the right to regulate C02 emissions.

The majority opinion (6-3) essentially said congress has never passed a law explicitly stating the EPA has those powers. 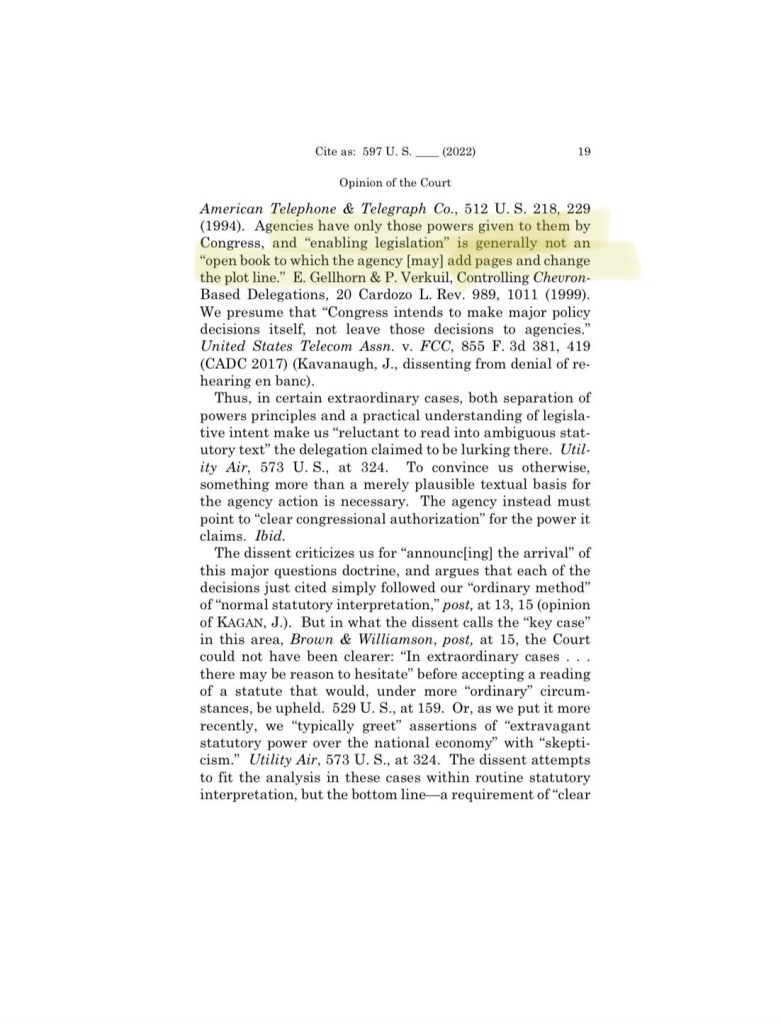 But this extends FAR beyond the EPA! SCOTUS has just rendered every government agency that was NOT elected, toothless.

This now means that any federal agencies which acts outside of what is specifically stated in law verbatim is able to be challenged and likely overruled just in the same way it was earlier ruled that the CDC could not issue eviction bans.

As shown in the video below, a lot of people are afraid about this new ruling and how it will impact politics in the US…

With that being said I didn’t post this to discuss C02 but just what this means for federal agencies going forward.

This is a huge win for freedom, regardless of what the media tells you.

I bet the gun lovers are going ham about what this means for the ATF. Drug companies are probably foaming at the mouth about the FDA implications. I wonder where the CIA, IRS and others fall on this.

It could be the end of the parasite class trying to use the CDC, FDA, ATF, and FBI to push their garbage agenda down our throats.

Goodbye ATF, DEA, FCC, SEC, your reign of oppression and tyranny is soon to be over!

Do you think this is possible and will happen? Or do you think they will come up with something to keep them all (too much money and too many people working in these agencies). [Supreme Court]