Americans are getting their wish. But Kyiv is nearly 5,000 miles away from Washington, D.C. It’s easy to become out-of-sight, out-of-mind for most Americans, despite perpetual mainstream media coverage. Liberals love Volodymyr Zelenskyy’s drag queen acts and thus, love Ukraine in general. The powers-that-be, however, understand that domestic tribal wars are far more effective at keeping the masses distracted, angry and fighting with one another.

The U.S. House Select Committee to Investigate the January 6th Attack on the United States Capitol, aka January 6th Committee, has been front-and-center news for most of June. Democrats refer to the happenings on January 6, 2021 as an insurrection and an attempted coup d’etat. Republicans call it a protest. Former Trump advisor Steve Bannon is potentially the biggest fish who may serve a few months in jail. But the bottom line is that these hearings are for political division, distraction and fueling tribal wars.

A total of 185 of the 840 people arrested in connection to January 6 have gone through their court proceedings as of last week. Only 80 received actual prison time, with the median sentence being 45 days, according to Time magazine. The longest sentence thus far is five years for a guy who assaulted a cop. The most infamous defendant, seen below, received only 41 months in prison. 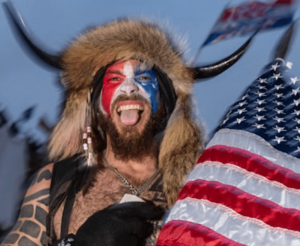 It stands to reason, particularly with a Democrat-controlled Justice Department, that the January 6 rioters would be receiving decades in prisons for an insurrection and attempted violent overthrow of government. But with many of them receiving only fines and community service, critical thinkers are left to deduce that January 6 is not as serious as mainstream media are portraying it. The entire episode strikes this blogger as contrived political theater, just in time to deflect attention away from the newly-authorized “vaccines” in 2021. But we’ll leave the tin-foil kufi in the closet on that one.

What a week for the U.S. Supreme Court. The June 23 New York State Rifle & Pistol Association, Inc. v. Bruen, 597 U.S. ___ (2022) decision struck down the “proper cause” provision in the 111-year-old New York state Sullivan Act. The 6-3 decision essentially means that New York and all other gun-shy states, if you will, cannot force anyone who passes a background check to jump through any additional hoops to conceal-carry handguns.

Justice Samuel Alito, in a concurring opinion, noted the following:

“And how does the dissent account for the fact that one of the mass shootings near the top of its list took place in Buffalo? The New York law at issue in this case obviously did not stop that perpetrator.”

Democrat governors and their voters were loudly upset about the decision. But the reaction therein was nothing compared to the Dobbs v. Jackson Women’s Health Organization, 597 U.S. ___ (2022) decision released the very next day.

This case could have been prevented altogether had the lone abortion clinic in the entire state of Mississippi agreed to lower its threshold for abortions from 16 weeks to 15 weeks.

Instead Jackson Women’s Health sued the state over its 2018 Gestational Age Act. It banned all abortions after 15 weeks except for cases of medical emergency or severe abnormalities in the fetus. The 1992 Supreme Court decision in Planned Parenthood v. Casey, 505 U.S. 833 (1992), among other things, established the “fetal viability” standard and struck down the trimester analysis from the 1973 Roe v. Wade case. Thus since 1992, a “viable fetus” is one that is 24 weeks old, versus the Roe 28-week standard.

A Mississippi federal judge enjoined the state from enforcing its 15-week gestation law in 2018. Appellate courts had upheld the injunction for four years. But the Supreme Court reversed both Roe and Casey, reasoning that there is no mention of abortion as a civil right in the U.S. Constitution. The states have the power to regulate abortion as they please, according to the Court. Roe was decided on the legal philosophy of substantive due process, meaning rights not specifically enumerated in the Constitution.

“The Court must not fall prey to such an unprincipled approach. Instead, guided by the history and tradition that map the essential components of our Nation’s concept of ordered liberty, we must ask what the Fourteenth Amendment means by the term “liberty.” When we engage in that inquiry in the present case, the clear answer is that the Fourteenth Amendment does not protect the right to an abortion.”

Hypocrisy and manufactured anger have engulfed the United States and world since the Dobbs decision. The most egregious example of hypocrisy came from Canadian Prime Minister Justin Trudeau. 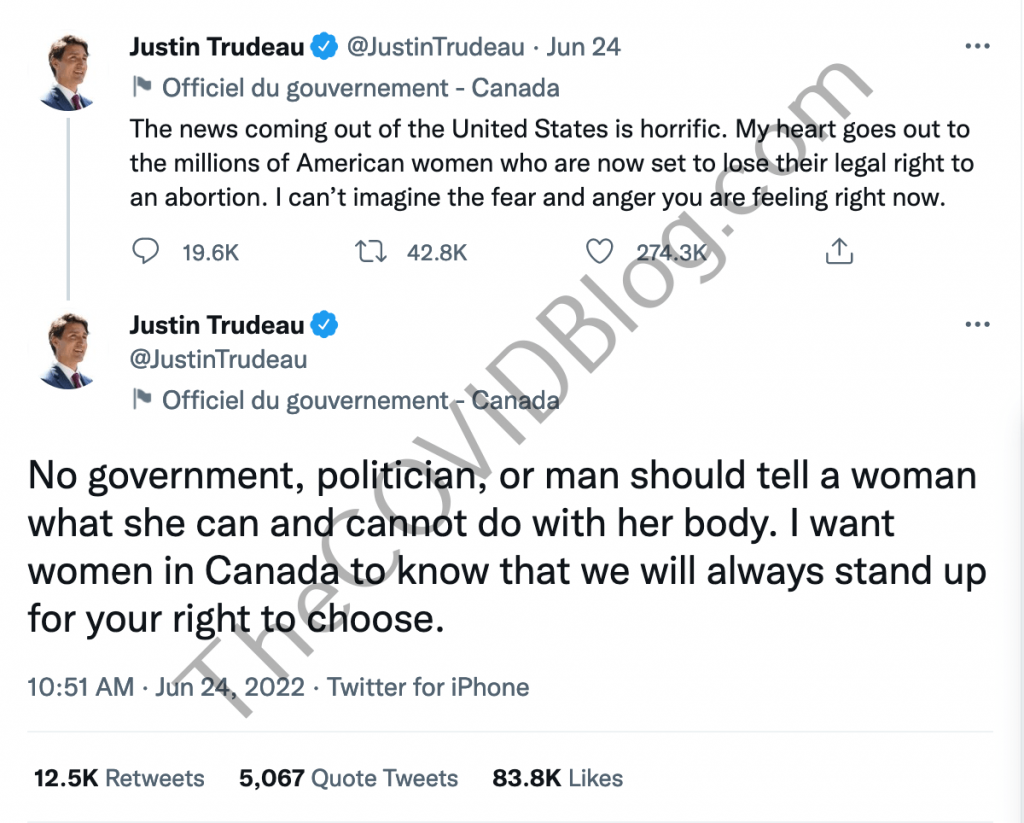 It’s well established at this point that “my body, my choice” only refers to abortions in liberal politics. Their prize demographic is now LGBTV for “vaccines” and all liberal politicians must promote mandatory injections for all, including children. That said, the aftermath brought exactly what was expected.

Shortly after the decision was released, protests erupted across the country. A pickup truck ran through a group of pro-abortion protesters in front of the U.S. District Court of Northern Iowa in Cedar Rapids that evening. Two people were injured as a result. No arrest have been announced as of publishing. There were also major disturbances in Los Angeles and Phoenix that night.

Of course the race element always enters these types of distract and divide campaigns. Representative Mary Miller, R-Oakland (Illinois), is a freshman member of the U.S. House of Representatives. She appeared at a Trump rally in Mendon, Illinois on Saturday. Ms. Miller thanked the former president for “the historic victory for white life in the Supreme Court yesterday.”

Note that 38% of U.S. abortions are Black babies, 33% White and 21% Latino. Of course later that night, Ms. Miller’s campaign said she “misspoke.”

Representative Alexandria Ocasio-Cortez, D-Bronx, then continued the Democrats deliberate confusion as to what is a woman. She declared the Dobbs decision was an “attack on birthing people.”

Abortion outlawed in half the country

Abortion was immediately outlawed in 13 states after the decision was released due to so-called “trigger laws.” At least 13 more states are likely to ban abortion or severely restrict it in the coming months. The banned and soon-to-be banned states are orange. 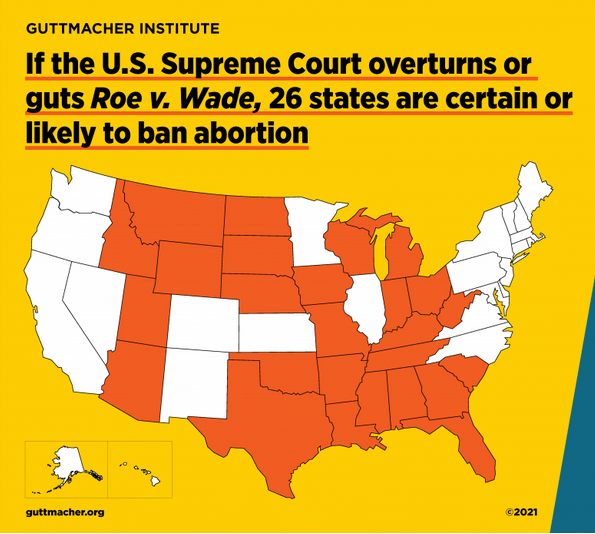 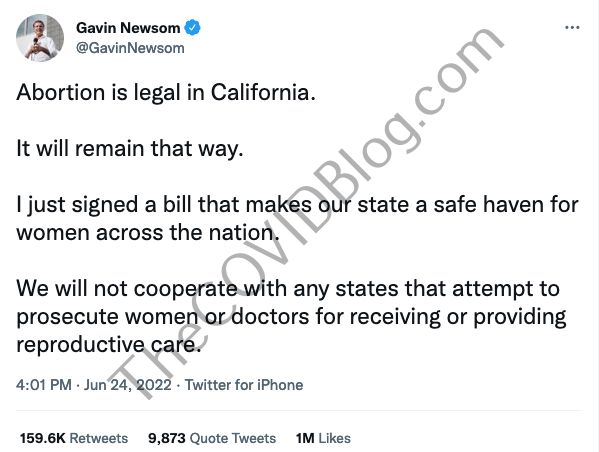 Several corporations, including Dick’s Sporting Goods, issued statements saying that they will pay up to $4,000 in travel expenses for female employees wanting abortions but living in banned states. 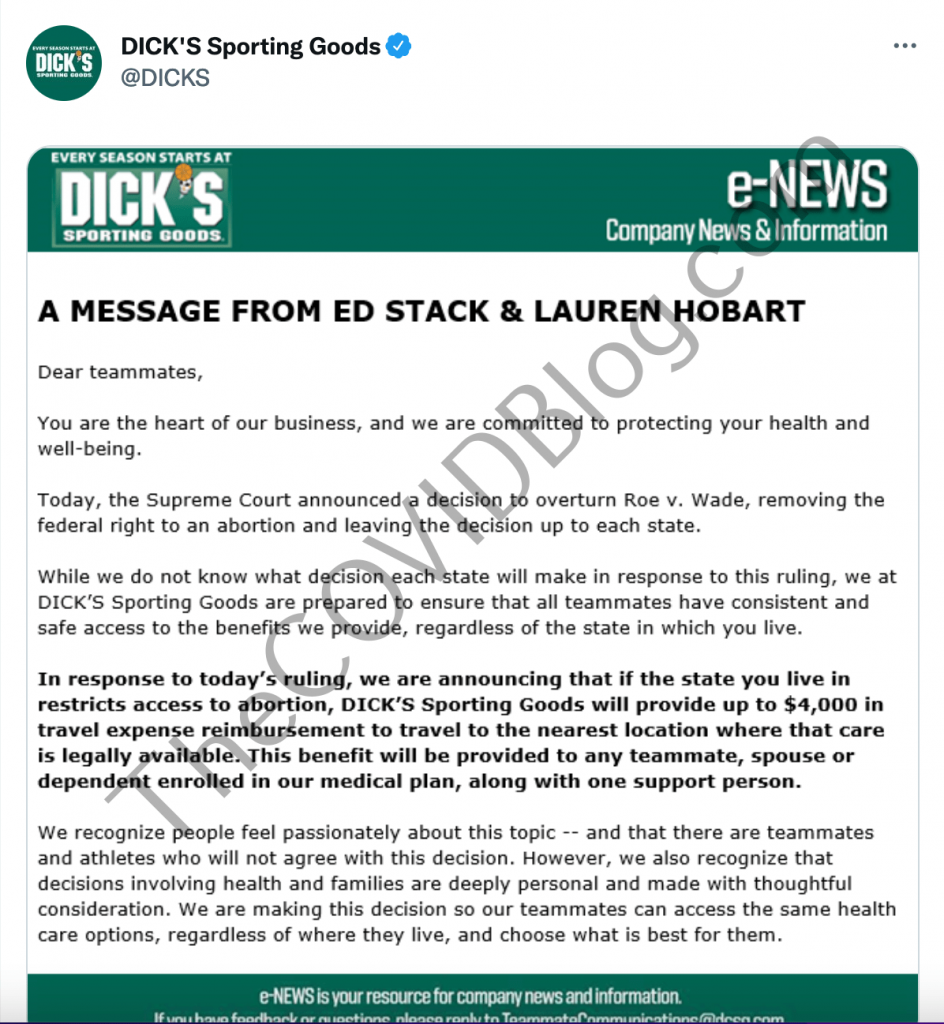 So what does all this mean? We know for certain that the news cycle will be centered around abortion, guns, January 6, and Ukraine for the foreseeable future. No mainstream media outlet will mention any of the following 10 young and relatively-young people dying suddenly and/or unexpectedly, continuing what is now an unwritten rule. Some of these deaths are from back in March, as we’re still trying to catch up on reporting all of them.

Previous :Jacinda Ardern leads the way with disinformation
Next : Something stinks in Colorado
Receive Our Free Email Newsletter