Beginning of the end… Defeated Ukrainian forces retreat from Severodonetsk

(Natural News) Ukrainian forces in Severodonetsk have been ordered to withdraw, according to the top regional official.

The city is the focus of Russia’s invasion as it tries to take control of large parts of eastern Ukraine.

“They have received orders to retreat to new positions… and from there continue their operations,” Mr Haidai told Ukrainian television on Friday morning. Map of the Ukraine war

The city’s entire infrastructure has been completely destroyed, he added, with over 90% of houses shelled and 80% of them critically damaged.

It is unclear if the Ukrainian withdrawal has begun – Ukrainian military said on Friday morning that “fighting continues for the city of Severodonetsk.” (MSM fake news; again and always)

On Thursday, Russian forces took control of more territory to the south of Severodonetsk and Lysychansk, raising fears that Ukrainian forces could soon be encircled there. 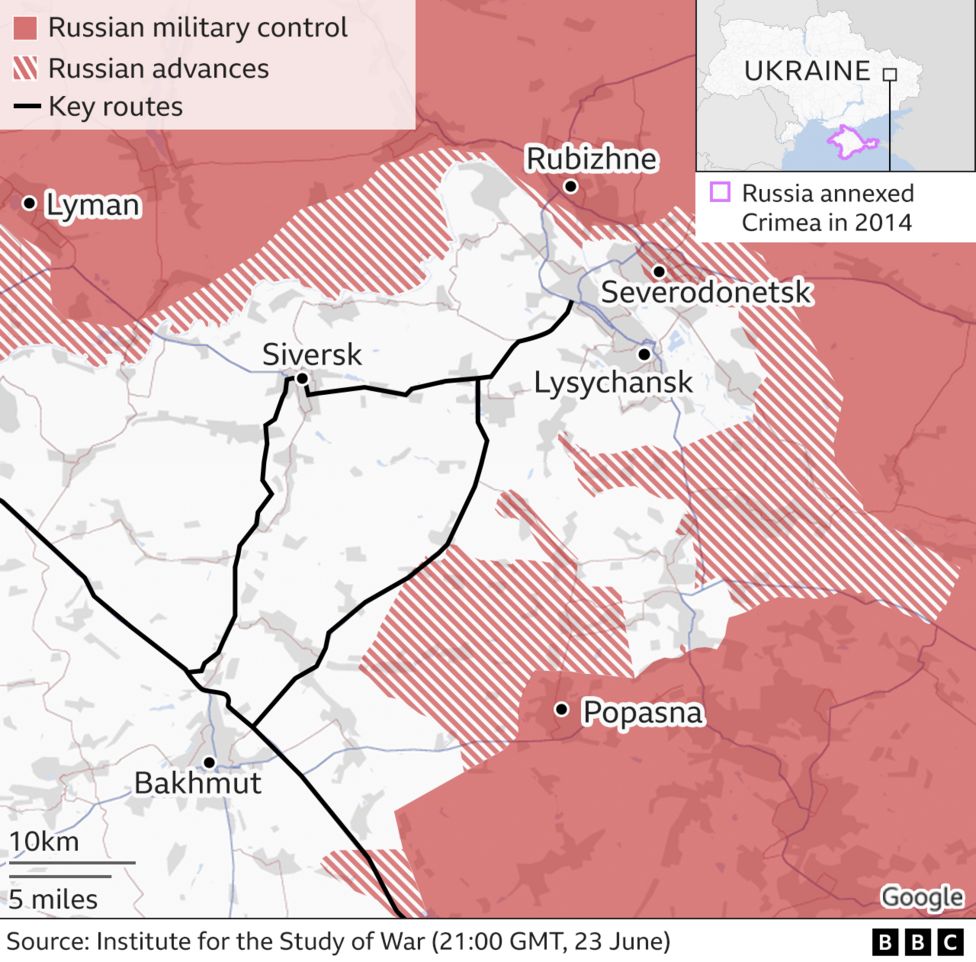 Russia’s invasion of Ukraine, which began on 24 February, has been focused on the two cities for several weeks.

They are the last significant Ukrainian positions in the Luhansk region, which together with the Donetsk region make up what is collectively known as Donbas.

In a separate development on Friday, a Russian-appointed official in the occupied southern city of Kherson was killed in a car blast, Russian news agencies reported.

Several Kremlin-installed officials have recently been targeted in the Kherson region, control over which allows Moscow to have a land corridor from Russia to Crimea – Ukraine’s southern peninsula annexed by the Kremlin in 2014. [BBC, Al Jezira]