FDA now BANNING JUUL e-cigarettes, while R.J. Reynolds Tobacco still sells their own versions of the same, because the FDA and AMA have always supported CAMEL CIGARETTES

(Natural News) In order to protect the market share and profits of Reynolds American tobacco-flavored e-cigs, the FDA has ordered JUUL e-cigarettes off the US market. Reynolds is the rival of Juul, and after JUUL catapulted to the top of the electronic cigarette market, the FDA was having none of it. Though R.J. Reynolds Tobacco Company was busted themselves back in the late 1990s for violating FTC law by marketing to children and adolescents using the Joe Camel logo, where the evil Joe Camel became as popular to kids as Mickey Mouse, now the FDA is banning their rival’s product to help Reynolds reclaim their market share of electronic cigarettes from JUUL by claiming the JUUL brand is marketed to minors.

It’s all one big head fake by the ever-corrupt FDA that anyone addicted to nicotine should recognize. Since when does Big Tobacco or the FDA care at all about the health of Americans? Remember when 1000s of doctors recommended cigarettes for good health and digestion from 1935 until 1965, when science already proved that smoking caused lung cancer? Doctors even recommended cigarettes for pregnant women. It was propagated in the Journal of the American Medical Association (JAMA) for years. Take one wild guess what brand that was… wait for it… yes, Camel. 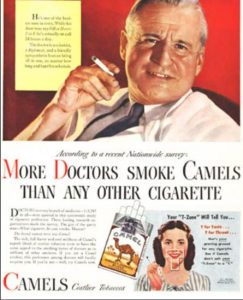 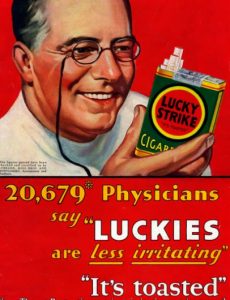 FDA says Reynolds American can sell tobacco-flavored e-cigarettes Vuse and NJOY, but JUUL must pull most of their products off the market

For nearly a century, the American regulatory agencies have been “in bed” with Big Tobacco, and the cash cow has never been more profitable, especially now that vaping has hooked over 15 million Americans on nicotine, including teens, adolescents and children.

Plus, tens of millions of smokers have switched to vaping to get off nasty cancer sticks, but the nicotine is so addicting they can’t seem to quit their new constant vaping habit. So now, the FDA has to pretend that they care about kids, even while approving deadly gene-altering mRNA injections for kids and babies. The FDA has been after JUUL for 2 years, vying to shut them down at every new lawsuit turn. What a farce.

In order to see the absurdity of the FDA regulating JUUL while still keeping Reynolds e-cigs on the market, along with every cigarette brand known to man, one needs only imagine if crystal methamphetamines (a.k.a. meth or crystal meth) were legally smoked via cigarettes and vape gadgets, but the FDA decided only to outlaw cotton-candy flavored crystal meth, in order to protect the Americans and their children. Would you still believe the FDA has your health interest in mind?

Nicotine and crystal meth have some side effects and withdrawal symptoms in common, wouldn’t you know. Nicotine is the world’s third most addictive drug, and withdrawal symptoms, just like from meth, include: crippling depression, intense cravings, inability to feel pleasure (due to extremely low dopamine levels), paranoia, sleeplessness, constricted blood vessels limiting nutrient and oxygen supply, and of course, anxiety.

So, nicotine is not just health-crippling and deadly for teens, tweens and kids, it’s deadly for everybody, and highly addictive. That’s why the FDA banning JUUL is just a head fake to pretend like they care about anyone, while protecting the profiteers over at Reynolds, just like they always have.

Vaping and E-cigs: It’s not the flavors, it’s the habit that’s ‘deadly’ attractive to youth

Dial it back just four years, when the FDA started banning the retail sale of JUULpods flavors of mango, cucumber, crème and fruit. Then, in 2019, the FDA suspended the sale of mint flavor JUULpods in stores and online. One year later, get this… the FDA suspended the retail and online sale of Classic Tobacco flavored JUULpods. Wait, what? Reynolds Tobacco is STILL selling that flavor, so where’s the FDA logic and consistency?

It gets worse. The FDA is NOT banning other flavors that are highly attractive to teens and children, including sour gummy and banana ice. Really? So sour gummy flavor isn’t a kid-friendly marketing hook? Since when? Why not just call it ‘lolly-pop lucious’ flavor or ‘blues-clues ice’?

Try nicotine just once and it’s like crack cocaine, as the user gets dragged into the undertow of addiction, needing more and more, stronger (milligram) versions, and more often. Now kids have switched to Puff Bars, which are disposable e-cigs with all the unlimited flavors they could ever desire. 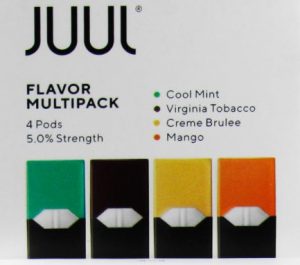 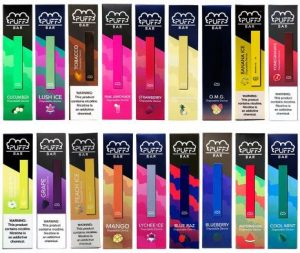 Every regulatory agency is behind the theatrics of the big head fake, blaming JUULpods for roping in all the American kids and teens, including the AHA (American Heart Association), ALA (American Lung Association), and the AAP (American Academy of Pediatrics), all supposedly lobbying the FDA to bar JUUL (a company worth $15 billion) from selling their products (hint: they’re all promised a slice of the Reynolds’ profit margin that will skyrocket now).

The nicotine vape gadgets, nicotine-laced gum and the nicotine patches will NEVER really help anyone quit nicotine or cigarettes. That’s like drinking beer all day instead of whiskey in order cure alcoholism. So whether you use patches, nicotine gum, smoke cigarettes, vape, dip, chew or suck on JUULpods, the nicotine is decimating your health and shortening your lifespan. Here’s what you do.

Realize that the number one reason nicotine addiction keeps people on the hook is due to their low dopamine levels. Nicotine artificially “bumps” up dopamine, and over time, the body relies on it for almost any stimulation at all. The solution is to boost dopamine levels naturally while quitting, thus extinguishing the cravings and anxiety during the first four days while breaking the physical nicotine addiction.

The future of ‘nicotine alternatives’ is a clean one that is free from nicotine, caffeine and sugar. One such solution is called Krave Kicker and it’s a liquid “shot” beverage that’s a blend of superfoods and supplements that claim to boost dopamine levels naturally while balancing the central nervous system, with no addictive chemicals.

Tune your internet frequency to StopSmoking.news to learn about more natural methods for breaking off the shackles and escaping the prison of nicotine addiction.

Previous :MORE GREEN ENERGY FAILURES: Obama’s regime pretended to invest in green energy, just like Biden now, and the companies magically went bankrupt
Next : Top 7 SCARIEST COVID-19 post-vaccine “adverse events” that are becoming more common, even though the vaccine industrial complex and MSM won’t cover them at all
Receive Our Free Email Newsletter