(Natural News) Before getting to the meat and potatoes of this article, I would like to clarify that I do not believe that “green” energy should replace the energy sources we use now, but rather be used as a supplement for those that choose to do so.

Say what you will about our main sources of energy, they are still more reliable than wind, or solar, or anything else that is completely dependent on the weather.

Reliable to a point, but getting more and more expensive thanks to the policies of the Biden regime.

While the “sources” of energy used to create electricity, such as coal, natural gas, oil, nuclear power are more reliable than green energy, there are still major vulnerabilities to the actual power grid here in America,

Lack of structural updating the power grid despite years of warnings by experts of the need, possible terror attacks, EMP attacks, and weather events, are just a few of the vulnerabilities.

Which brings us to the warnings of upcoming blackouts we are seeing, due to a brutal Summer up ahead. Not due to the leftist pet issue of “climate change,” but because the grid itself is old and vulnerable, and with more people, and homes utilizing the power grids, without it being upgraded to adjust to the continued increased usage, failures are going to occur.

If those failures end up being for an extended amount of time, just like prepping for food shortages, there are ways to prepare for a prolonged grid down scenario, rolling blackouts, or just a few days of darkness and no electricity from a bad storm. 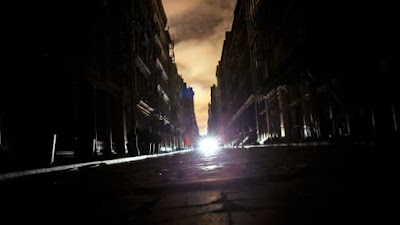 The power grid in the Central United States could be forced to impose rotating blackouts on some of the hottest days of the summer due to rising demand and plant retirements, federal energy officials said in an online energy comment on Friday.

Extreme weather is causing increasing challenges for power grids across the United States, and officials are concerned that record heat and drought could result in rotating blackouts in several regions in the western half of the country.

In addition to the shutdown of coal and nuclear plants over the past year, the Midwest’s summer generating capacity is threatened by planned maintenance and forced outages, as well as seasonal factors like low wind conditions.

Much of the US and Canada faces a higher than normal risk of blackouts this year. The North American Electric Reliability Corporation warns that above-average temperatures (which drive up demand for electricity) and an ongoing drought (which decreases supply of hydroelectric power) could cause problems for chunks of the grid from June to September 2022. When supply and demand aren’t in balance, blackouts can occur.

The search engine is full of these reports and warnings, but few (like Cnet linked above) offer solutions and options to help get through the Summer and/or other events, especially if portions of the grid actually fail, rather than energy companies using rolling blackouts (deliberately shutting off power to parts of states for a specified amount of time), to minimize the possibility of total failure. 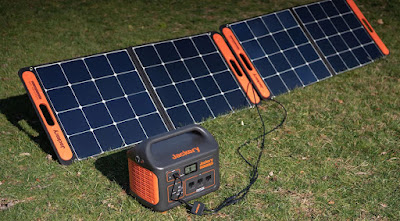 One of the first things that come to mind when thinking about power failures or extended electrical outages is a generator, but with the record high gas prices, and the fact that the price increases are expected to continue with no end in sight, a gas powered generator may actually be the least affordable way to guarantee your electrical needs during a blackout.

Which brings me to solar, and again, a reminder that going totally solar, would make you even more dependent on weather, rather than stable energy.

That does not mean solar doesn’t have its place though, as a supplement, as a backup emergency survival resource, or even as a last resort.

Generators are more important for prolonged blackouts to keep perishables from going bad, keep your fridge and freezers running, than short outages which would require not much more than twiddling your thumbs and waiting for the lights come back on.

Some options below offer choices to fit a variety of budgets, since solar generators are generally far more expensive than other types, and not all of us can afford $2K for a generator.

It is just a matter of using the smaller, less expensive ones on just the priorities, like refrigerators and freezers. rather than lights, TV, video games, etc…..

An important factor to consider is whether suffering a blackout or not, the one time cost for a larger solar generator could very well make itself up by using it for fans or AC, rather than the ever-increasing energy costs.

The Pennsylvania Public Utility Commission is alerting consumers that most utilities will be adjusting their prices for electric generation on June 1 – cautioning that many nonshopping (default service) customers will see sharp increases in energy costs as summer approaches, ranging between 6% and 45% depending on their electric utility.

It isn’t just Summer either, but all energy prices are on the rise due to the policies from the Biden regime.

At the rate prices are rising here in the U.S., a solar generator may just pay for itself in energy savings within just a few months.

Previous :FLASHBACK: Imprisoned Ukrainian oligarch gives specifics on Biden corruption in Ukraine
Next : WARNING: Discussions I had secretly with FDA, NIH, CDC, Moderna & Pfizer official(s) July/Aug 2020 told me that they feared these COVID injections can & WILL kill healthy children; will KILL our kids
Receive Our Free Email Newsletter