(Natural News) Baby Cyrus was taken away from his parents by authorities on the same day his mother canceled a child’s periodic medical checkup appointment because she was not feeling well, said Diego Rodriguez, grandfather of baby Cyrus.

(Article by Ella Kietlinska and Joshua Philipp republished from TheEpochTimes.com)

The baby was returned to his parents after seven days in state custody, thanks to the irresistibly strong support of people, organizations, and some lawmakers, Rodriguez told on EpochTV’s “Crossroads” program.

Baby Cyrus, raised by Rodriguez’s daughter Marissa and her husband, had been exclusively breastfed until he reached about seven and a half months, at which point the parents started introducing him to solid foods, Rodriguez said.

The baby did not tolerate solid foods well and started throwing up, the grandfather continued, so the parents started seeing different doctors and specialists to diagnose the baby’s digestive problem.

At one point, the baby was hospitalized and the hospital performed all kinds of lab tests on the baby trying to figure out the cause of this food intolerance, but could not find anything wrong, Rodriguez said.

“[The hospital] even said by their own admission that as far as the lab tests are concerned and a blood test, he’s one of the healthiest babies they’ve ever seen.”

The hospital then discharged the baby with a clean bill of health and wanted to do some reviews on him, Rodriguez said. Cyrus was dismissed from the hospital on Friday and the following Monday visited the Functional Medicine of Idaho for the reviews recommended by the hospital, the grandfather continued the story.

The review went fine and the next visit was scheduled for Thursday, he said. However on Wednesday, Cyrus got sick again and threw up, so on Thursday the nurse practitioner who was doing the review determined that “baby Cyrus had lost 35 grams, which is like 1.23 ounces,” Rodriguez said, adding that the nurse ordered Marissa to bring the baby again for a weight check the next day and the mother agreed.

The next day, Marissa was feeling a little under the weather when she woke up, so she called the medical office to cancel her baby’s appointment scheduled at 10 a.m., the grandfather said. The medical office called her later but she did not answer the call because she was sleeping, he added.

At 10:20 a.m. on March 11, the nurse practitioner notified Child Protective Services (CPS). The CPS contacted the mother via a text message and sent two police cars to escort her with the baby to a center for victims of abuse, but the father of baby Cyrus refused to go there, Rodriguez explained.

Since the mother started feeling better, she wanted to visit the family’s friend who was a former police officer to talk to him about this unexpected turn of events, Rodriguez said. “She was obviously rattled by this point.”

The family had dinner with their friend at his house but when they left, they realized that their truck was followed by the police into a gas station around the corner, Rodriguez said.

“You can see on the video at that point of time, [the police] take my son in law, they pull them out of the truck, slammed them up against a truck, handcuffed them, take them off, arrest my other daughter sitting in the front seat … you can see in the video exactly how they mistreated her, abused her, falsely accused her, and then arrested her for no reason whatsoever.” 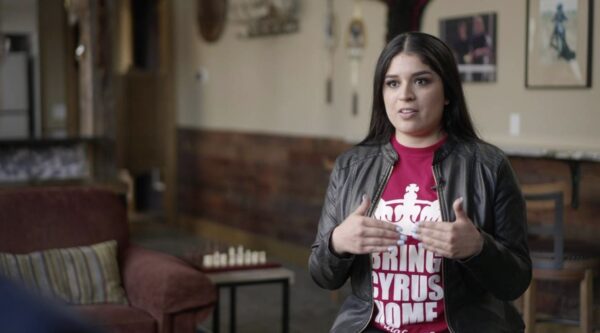 Miranda Chavoya, Marissa’s sister said on EpochTV’s “Crossroads” program that the police tried to arrest her first because they mistakenly took her for Cyrus’ mother.

When she asked the police what crime she had committed and refused to step out of the truck, policemen forcibly dragged her outside, Chavoya said. After the policemen realized their mistake they still arrested her “for resisting and obstruction,” she added.

People at the gas station started filming the police action, Rodriguez said, adding that he was also filming.

Marissa was asked to enter the ambulance with baby Cyrus and was promised that she would not be separated from her baby, the grandfather said. Once the mother entered the ambulance, the EMT officer demanded she give Cyrus to the EMT and threatened her with arrest if she did not comply, Rodriguez explained, adding that the scene inside the ambulance was also recorded on video.

The EMT officer told Marissa inside the ambulance according to the video: “You have one option at this point. You need to give him [baby Cyrus] to the EMT and you can go on your merry way with your friends and your family. … Or I remove him from you and you go to jail. You need to make that decision.”

“I won’t let him go,” Marissa answered and the officer took away her baby, according to the video.

After they forcibly ripped baby Cyrus out of her hands, they handcuffed her and took her outside where they humiliated and groped her, which was also filmed, Rodriguez said. “Male officers patted her whole body down, putting their hands up her shirt, her blouse, down her pants, and rubbing around.”

The Epoch Times reached out to the Idaho Department of Health and Welfare and the Functional Medicine of Idaho for comment.

On the same night, Ammon Bundy, a good friend of Rodriguez’s family, went with other people to the hospital where the baby was being held to protest the kidnapping of Cyrus, Rodriguez said.

Bundy—a well-known activist who is running for governor of Idaho as an independent—demanded from the hospital to give baby Cyrus back, but he was arrested there for trespassing, the grandfather said, claiming that Bundy’s arrest was illegal based on a video recording of that event.

Bundy’s arrest became national news and so did the baby Cyrus story, Rodriguez said. “The next morning, we send out alerts to everybody we know. We have a fairly visible following here with some political action that we’ve already done here before.”

“The next morning, there were over 400 people at the hospital protesting, and they protested every single day nonstop for seven days,” the grandfather said.

The hospital was inundated with phone calls and thousands of emails from concerned people. Legislators “whose hearts were involved” were talking behind the scenes to the hospital administration and the Department of Health and Welfare, and national interest groups were spreading the information about the kidnapping and also contacted the hospital.

Due to negative publicity nationwide and even worldwide, baby Cyrus was moved out of the hospital into the Department of Health and Welfare, Rodriguez said.

Due to the overwhelming number of phone calls, emails, and hundreds of protesters outside, the institution said that they could not operate as normal and gave back baby Cyrus to the parents after seven days, Rodriguez said. “But he is technically the legal property of the state of Idaho, simply under the current care of his parents until the next adjudicatory hearing, which is on April 8.”

Chavoya said that the support they received at that time “gave our family so much strength to get through everything happening that week [and helped] everybody to maintain clarity of mind, because [kidnapping Cyrus] was just a shock.”

Legal Aspects of Removing a Child from Parents 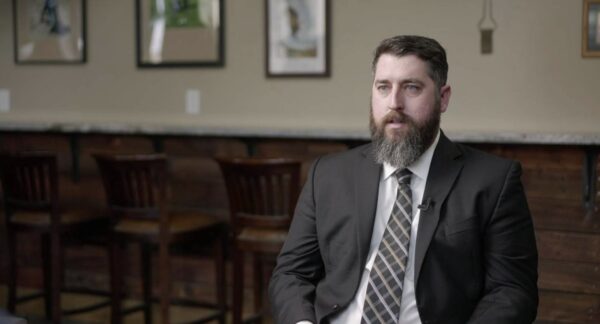 Cyrus’ parents were placed under a gag order so they could not speak about their child’s case. Attorney Colton Boyles, the family’s lawyer, said on EpochTV’s “Crossroads” program that this law in Idaho is supposed to protect the parents’ and the children’s privacy. So if the parents want to waive their and their children’s privacy, Boyles said, then he is not aware of any other legal argument preventing the parents from speaking about the case in public.

Rodriguez said that based on his findings medical kidnapping by the state is truly “state-subsidized child trafficking.” Child trafficking is defined as “the forceful taking of a child from his parents or family and putting [it] into the hands of somebody else for profit,” he explained.

“What we’ve determined the reason why this happens is because every state in the union, all 50 states get paid by the federal government when a child is taken out of the custody of his parents by the state. … Once they place that child into foster care, they get a secondary payment.”

If the child is kept in foster care, the state gets paid every month, Rodriguez clarified further.

What foster care parents get from the government is only a small percentage of the amount of money the state gets from the federal government for that child care, he added.

Boyles said that he would agree with Rodriguez’s assessment “under certain circumstances” and added: “I would go so far as to say it’s a state and federal funded kidnapping system.”

“We need to have a system to police it because we know there’s vulnerable people there,” Boyles said.

There is a Ninth Circuit Court precedent long-standing for 20 to 30 years that does not permit law enforcement to remove a child from parents without a court order unless serious bodily harm is imminent, Boyles said.

To prove that the child is safe should be the responsibility of the law enforcement, not the parents, Boyles explained. “This has long-term, traumatic potential for this family, both the parents and the children. So I really just feel like innocent until presumed guilty should be the standard here and not the other way around.”