(Natural News) THIS ARTICLE WAS ORIGINALLY PUBLISHED ON NOVEMBER 22, 2019

This story is developing…

UPDATE: In further clarification of information provided, CD Media can now report that the $32M referenced below was sent to London, where it was seized by British officials and criminal charges were levied against Zlochevsky. Vice President Biden actively sought to have the charges thrown out in the United Kingdom for Zlochevsky in exchange for the $12M being diverted to Hunter Biden, according to Onyshchenko.

Hunter Biden was then brought onto the board of directors at Zlochevsky’s company Burisma and received further payments of $3.1M over a period of months.

KYIV — Former Ukrainian MP Oleksandr Onyshchenko has provided CD Media with information on a transaction in 2013 where Biden family-related companies allegedly received a $12 million illegal kickback while Joe Biden was Vice President of the United States. Onyshchenko alleges the payment was made to gain Biden’s influence in affairs of the group of companies called Burisma owned by Ukrainian oligarch Mykola Zlochevsky, who sold a port facility in Ukraine and shifted partial proceeds of the sale to Hunter Biden. CD Media has already reported on ‘off the books’ payments to Hunter Biden by Burisma.

Onyshchenko alleges that during the sale of the port of Kherson on the Dnepr River in Ukraine in 2013 for approximately $32M, Biden received $12M of that amount illegally. 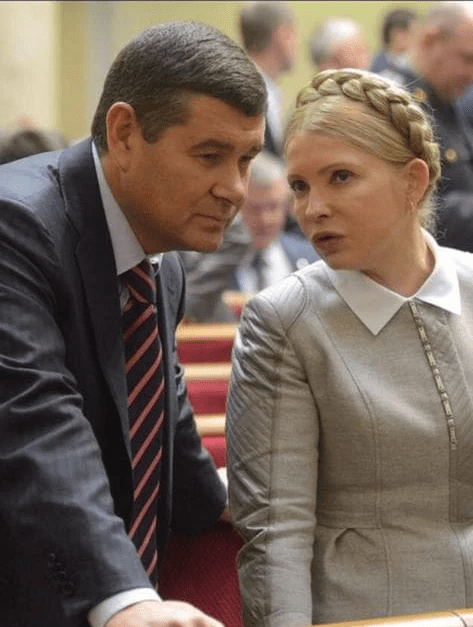 Onyshchenko declared to CD Media that he is providing this information on the money flows to Biden to the U.S. Department of Justice. The overall details of the sale are shown in the document above.

Previous :Now we are being warned that shortages of diesel fuel and electricity are coming in the months ahead
Next : Top aide to Hillary Clinton ARRESTED for raping 11-year-old girl DURING Clinton presidential campaign
Receive Our Free Email Newsletter

He’s guilty: Joe Biden implicated in half-dozen white collar crimes, including tax evasion
Grassley exposes Biden crime family’s “interest-free” loan from Chinese firm
Whistleblower set to blow up Joe Biden’s presidency, linking him to son Hunter’s shady business deals
Seven times ‘disinformation’ turned out to be just the opposite
MSNBC forced to admit Hunter Biden will be CHARGED for multiple felonies
US doesn’t owe Zelensky ‘a damn thing’ – congressman
Now that we know covid was not an artifact of nature, will those behind it be punished?
‘Nobody f**ks with a Biden,’ Joe tells Florida voter on hot mic
America Unhinged: Dr. John Diamond says Biden is part of Deep State cabal – Brighteon.TV
Congress wants ANOTHER $12 billion sent to Ukraine as “aid” while America’s southern border suffers from lack of funding