Olivia Rodrigo: Abortion can’t be in ‘hands of politicians.’ But vaccines can

(Natural News) Olivia Nim-Rodrigo may have gotten her Driver’s License and her High School Diploma but that’s about it.

The 19-year-old singer-songwriter has decided to, like most of Hollywood, get out of the lane of entertainment and into the lane of propaganda. Rodrigo has been on her Sour tour since the start of April and when she reached Washington, D.C. last night, she felt she had more to do than just sing. 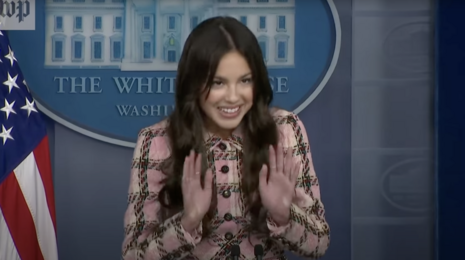 Midway through her show, Rodrigo stopped the performance and gave a 30 second testimony of her sadness regarding the potential overturn of Roe v. Wade.

She started the charade by saying “I couldn’t pass up the opportunity to talk about how heartbroken I am over the Supreme Court’s potential decision to overturn Roe v. Wade.”

Fans in the crowd were THRILLED at Rodrigo’s sadness that there may be an end to the mass murder campaign that is abortion.

Rodrigo proceeded with her monologue. “Our bodies should never be in the hands of politicians. I hope we can raise our voices to protect our right to have a safe abortion, which is a right that so many people before us have worked so hard to get.”

Rewind. Did she say “Our bodies should never be in the hands of politicians”? Let’s take a stroll down memory lane when the same teen visited the White House in June 2021.  Dr. Anthony Fauci (remember him?) called her a “messenger” and Joe Biden and Jen Psaki thanked Rodrigo for using her platform, not for music, but instead for “elevating the important issue of young people getting vaccinated.”

Rodrigo went to the White House to encourage her fans to listen to politicians about getting vaccinated but now is claiming that she doesn’t want our bodies in the “hands of politicians.” Which is it girlfriend?

Rodrigo is pumping the “My body, my choice” narrative that a lot of pro-abortionists promote. What Rodrigo and the left fail to see, or choose to ignore, is that there’s biologally two bodies involved when an abortion takes place. So no, it’s not your body, nor your choice. Your choice got you pregnant and now that there’s another human life involved, your “choice” is invalid.

“It’s so important,” Rodrigo added. Yes, tell your fans how important it is to be allowed to kill babies. Good 4 u, Liv.

Previous :They don’t need Planned Parenthood when they have the jab
Next : As NBC calls Elon Musk a danger, their news director was busted trying to meet a child for sex
Receive Our Free Email Newsletter