(Natural News) For well over a century, the mental health system has been a mere tool of the Devil and nothing else.

As such, people desperately seeking help for their perceived mental illnesses have sadly been directed to so-called professionals in the fields of psychology, psychiatry or any of the numerous counseling services.

Psychology, once understood as “the study of the soul,” along with the other mental health disciplines, has been co-opted and transformed into purely materialistic practices in which spiritual realities (the central cause of mental disorders) are ignored.

While 20th-century academia naively endorsed the likes of John B. Watson, Sigmund Freud and Carl Jung, the human progress to which these men claimed to contribute only resulted in the further degradation of a truly lost world.

As modern psychology — that is, psychology without the soul — gained more and more traction, Pope Pius XII took the time to address the Fifth International Congress on Psychotherapy and Clinical Psychology. On April 13, 1953, Pius XII warned: “But you, psychologists and psychic healers, must bear this fact in mind … What constitutes man is principally the soul, the substantial form of his nature. From it, ultimately, flows all the vital activity of man.”

The mental health system has been a mere tool of the Devil and nothing else.

Because this growing movement of psychology was and still is built upon a false conceptualization of man, it is incapable of (1) identifying root problems and (2) providing effective solutions.

But today, the fathers of modern psychology, as illogical as they were, would not have been able to even imagine the asinine propositions of 21st-century man. For example, the most recent version of the Diagnostic and Statistical Manual (DSM), which is the bible for the mental health system, affirms both homosexuality and transgenderism.

While these new affirmations are not surprising, they are key to understanding the baseless foundation of the mental health system. Around 50 years earlier, the DSM identified homosexuality and mere cross-dressing (transvestism) as mental disorders. In fact, the first edition of the DSM even called both of those disorders “pathologic behavior.”

But this system is only baseless in that it has no objective principles; it is more accurate to say that it is based upon something — that of relativism. In 1973, after the American Psychiatric Association changed homosexuality from being labeled a “psychiatric disorder” to a “sexual orientation disturbance,” the reasoning for it was, “We feel we have to keep step with [the] times.” 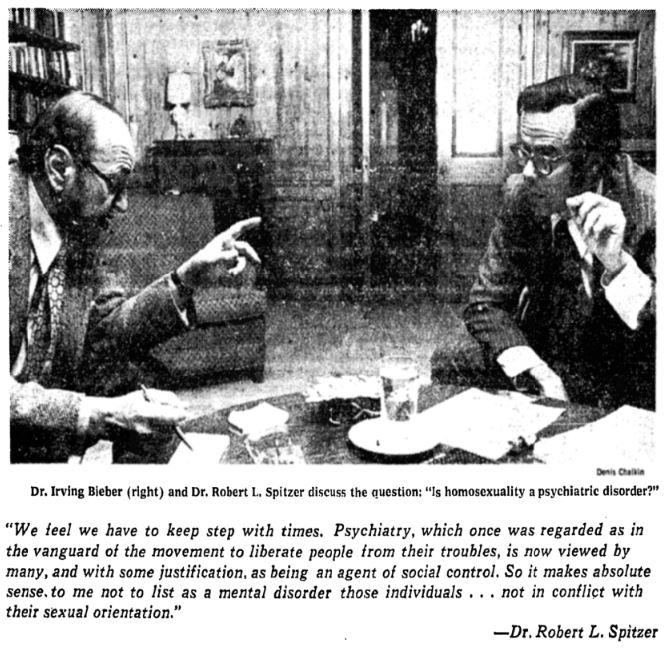 And who could be surprised? Moral relativism is the product of a godless and soulless psychology — a psychology that completely misunderstands the object of the study: human beings.

Instead of treating the soul, the mental health system deals with the human person in the only way it knows how, as a purely biological entity. With no spiritual moorings, practitioners are bound by the corrupt system to pander to a person’s mere feelings and self-love over their objective good

The two most commonly diagnosed mental disorders are only made worse by the mental health system.

On the other hand is the Catholic approach, also known as psychomoralitics, which deals with clinical interventions within the psychomoral realm of the proper understanding of man. Psychomoralitics is the antidotal response to the mental health system’s de-souling of psychology and psychiatry.

Previous :Shocks to the system
Next : How much are we prepared to sacrifice to help the US win a propaganda war against Putin?
Receive Our Free Email Newsletter