(Natural News) The Washington Post has a paid character “assassin” on their payroll, who doxxes conservatives at will, then cries the blues when anyone does the same to her. She goes by the name Taylor Lorenz, and she is the ultimate cry-bully “reporter” who just published the HOME address of a conservative Orthodox Jewish person because WAPO wants to destroy the creator of “Libs Of TikTok.” Now WAPO has taken down their character assassination article and are pretending like it never happened. Too late.

Just a couple of weeks ago, lib-loving journo-terrorist Taylor Lorenz was all torn up inside and crying in a video she tried to make go viral, swearing that her life had been permanently ruined because someone somewhere scraped up some dirt on her and published it online. Her feelings were pummeled to the point where she was considering committing suicide, as she expressed to the fake news media cry-bully promoters.

She said when she was exposed for her dirt, it was so “isolating” and “horrifying” and absolutely terrifying that anyone would ever do this to a person, as she does it to private persons all the time, to the fullest extent.

Taylor Lorenz wants a flash mob with torches and a noose to go to the home of the creator of Libs Of TikTok and terrorize her for making fun of liberals. That’s why Lorenz and her Nazi newspaper, WAPO, published the home address. Libs Of TikTok absolutely roast TikTok videos and their twisted, sick propaganda, so WAPO had to hit back and hit hard. Here’s an example of why WAPO, the DC rag, wanted to crush Libs Of TikTok, as they roast the idiocy of getting vaccinated for Wuhan coronavirus (COVID-19).

And here are some tweets exposing the drama-queen, journo-terrorist from WAPO 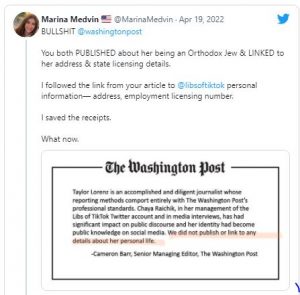 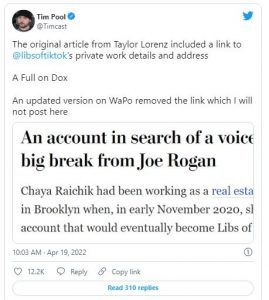 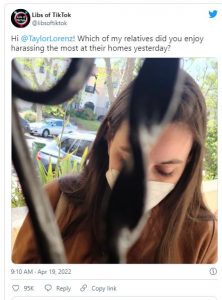 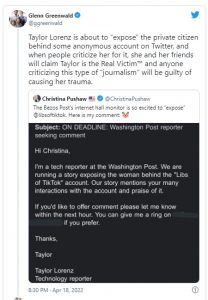 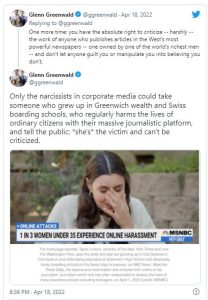 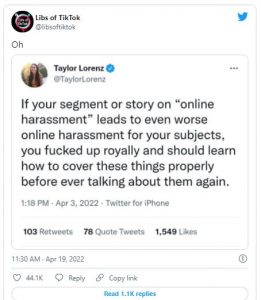 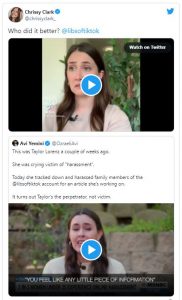 WAPO’s Taylor Lorenz doxxes private persons in order to terrorize them into submission, so they won’t criticize insane libtard propaganda

Want to terrorize someone so they won’t say anything bad about you anymore, even if it’s true? Just have someone semi-famous publish their home address online so a flash mob will show up on their porch with torches and a noose. Works every time, but watch out, because the “favor” can be returned just as easily.

Yes, even though mainstream media runs and owns 85 percent of all published information online and via television and newspapers, that doesn’t mean they control every news outlet, especially truth news. Independent media has much more influence than fake news MSM, and the patriots of America all know it. We have freedom of speech, freedom of the press and freedom of religion in this country, so don’t try to “steal it” by doxxing us all one by one. It won’t work. Never has.

Truth news gets stronger every day and more popular. WAPO’s nickname is the “DC Rag” for good reason, because all that it’s good for is wiping up a dirty mess they seem to make just fine all by themselves. Now Taylor Lorenz finds herself knee-deep in her own muck, and she doesn’t like it one bit.

Do your own research and avoid MSM liars (Google, WAPO, NYT) like the plague. Try the search engine Brave BETA and get more truth news and real information. Stay tuned and stay frosty. Tune your internet to Censored.news for huge swaths of truth news that’s being censored by cry-bullies as you read this.