While all eyes are on Russia and Ukraine, Iran and the Middle East are a ticking time bomb ready to explode: Joe Biden’s Iran deal will make him the #1 funder of terrorism in the world

(Natural News) One of the oldest inhabited regions of the world, the ancient kingdom of Elam was also one of the most advanced of its time.  The Sumerians, the Assyrians and finally the Medes invaded and conquered that area and one of the greatest empires of the world at that time, the ancient Achaemenid Empire (the largest the world had seen up until that time) resulted with Alexander the Great finally conquering them.  The Seleuid Empire, Parthia, Sassanian Empire followed and that was the last great Persian empire before the Muzlim Arabs conquest in the 7th century.  Much is spoken of that region in the Bible including their Zoroastrian “Magi” (Zoroastrian clergy) that visited Bethlehem two millennia ago.  The founder of Zoroastrianism was a man named Zoroaster (in the Latin, Greek) or Zarathustra in the ancient Persian language of Avestan.  Zoroaster seems to have been born into the Aryan religious system and the Aryans have made their presence felt in most of the ancient world, from the Scandinavians in the European continent to the Indian sub continent.  It is no wonder then that the Iranians refer to themselves as Aryans just as the German Nazis who prided themselves as being pure Aryan did.  But it is regarding the future prophecies in that Good Book that we are interested in today.

In order to hopefully sidestep contention, I will state at the beginning that I am of the opinion that the battles of Gog and Magog apply to both the battles related to Christ’s Second Coming to begin His millennial reign as well as the post Millennial final battle as the world ends its mortal period as He allows Satan one last time to gather his forces and then comes the burning to cleanse all pollutions and unrighteousness from it as it is transformed into a New Earth and New Heaven.  That last one is still a very long time away, but the first is almost upon us.  So now we go back to Iran –

A couple weeks ago, Netanyahu warned Israel not to worry about Russia but to focus on Iran; why?  Biden’s catastrophic blundering in Vienna leads to the renewed nuclear treaty with Iran and our envoy Robert Malley under the cover of the Ukraine farce of theater is an “act of supreme treachery” being perpetrated by the Biden regime against America.  It seems Ukraine is serving many purposes, one of which is to hide whatever else is going on including very rapidly pushing Iran into the nuclear club of the world.   See this story in the Geller Report for a listing of some of those dealings and treasons against this nation committed in Vienna recently.  War in the Middle East is inevitable and it is the puppet-hood of Biden that is pushing it to reality as rapidly as possible as Malley partners with Russia in those nuke negotiations.  The US has lost all points in these “negotiations” as we have given in to the demand that the International Atomic Energy Agency ends it investigations into Iranian nuclear activities, and that the Islamic Revolutionary Guard is removed from the Terror Blacklist, and that the US guarantee that we will never pull out from the nuke agreement again just as oil prices are spiking and we beg for Iran to sell us oil that we can produce ourselves that we have done in the past.

On this, PJ Media said that “The trouble is not coming just from the fact that we are trusting Russia to act in America’s best interests…. Robert Malley has won renown and disgust as a man who has never hesitated to kowtow to America’s enemies…. the Russians would get uranium at a time when Vladimir Putin has raised nuclear tensions to a level we have not seen since the Cuban Missile Crisis, and the Islamic Republic, whose leaders finance not just jihad terror groups, but also Leftist groups that work to destabilize Western societies would get billions. What could possibly go wrong?”  Indeed, but I ask you, what could possibly go right for us?  All of this in a country that forces its people to chant “Death to America” in its mosques every Friday. 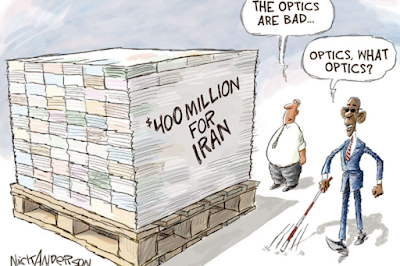 Deep State Rabbithole asked the question of the Congressional Committee on this “deal” that “What worries the committee even more is that it’s “increasingly clear that China and Russia are taking the lead” to pressure Uncle Sam into caving in to the demands of Iran. What’s in it for them?” and answered partially that “Iranian foreign minister Hossein Amir-Abdollahian made a statement of his own in the Iran controlled media. As soon as he hung up the phone with “his Chinese counterpart” on Tuesday, he reported, the “Western side must make a serious and effective decision with regard to removing sanctions and demonstrate its meaningful departure from the failed policies of the previous U.S. administration” referring of course to our President Trump and his pulling out of the disastrous Iran nuke deal that the Kenyan put us into to begin with, and all of the pallets of cash involved.  All the while a whole lot of cash for nothing but a significant increase their nuclear program.  The US went from a position of strength in 2021 to a position of total desperation while the Mullahs are driving the process today.

Yes, Iran is going nuclear with the White House granting sanction waivers and clearing the way for Russia and China to help them.  Their “civilian” nuke program is not really civilian as bomb grade plutonium is not required to produce electricity.  Russia and China are pressuring the US to cave in to the demands of Iran while the Biden regime is ignoring demands from Congress to let them know what exactly is going on and just what they are really up to.  It seems as if the four years of Trump has had no effect on the rapidity of Iran’s developing nuke weapons as their processing systems crank out enough fuel to supply a few weapons supposedly within a matter of weeks now.

A bit over a week ago, the Geller Report asked ‘where is Maria Bartiromo’ because she said “Some people have told me over the weekend that they feel that at the end of the day this administration does not see Putin as the enemy, they see him as a partner on many issues.”  In spite of the rhetoric about Ukraine, the Biden regime is openly treating Russia as a partner on climate and Iran.  Johnny Ketchup – oops, I meant Kerry, said “I hope President Putin will help us to stay on track with respect to what we need to do for the climate…. Obviously we hope that we can compartmentalize” as he hopes Putin can ‘compartmentalize’ and work with Putin at the same time they wage war on another nation.  Russia is critical to the radical lefts goal of giving Iran nuclear weapons.

While at the same time, the House GOP demands an investigation into Russian influence in the US environmental groups as Rep Jim Banks said “Unlike the Russia hoax, Putin’s malign influence on our energy sector is real and deserves further investigation”  as environmental groups push for action against US petroleum concerns.  He said “Russia spent millions promoting anti-energy policies and politicians in the U.S.,” Banks declared in a press statement sent to Fox News Digital. “Now, thanks to Biden’s war on domestic energy, U.S. oil production has dropped 10%, pushing up prices and enriching and emboldening Putin before he invaded Ukraine” while the accused groups like the Sierra Club and the NRDC claim otherwise, the proof is out there. 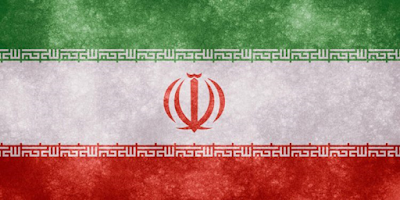 Previous :Now that they have tasted tyranny, the media, Liberals, big tech and social media want much more
Next : The blood of COVID-vaccinated people has a strange artifact… mine included
Receive Our Free Email Newsletter

While all eyes are on Russia and Ukraine, Iran and the Middle East are a ticking time bomb ready to explode: Joe Biden’s Iran deal will make him the #1 funder of terrorism in the world