‘We are just guinea pigs’: Women describe trauma of transitioning as teenagers

(Natural News) The number of teenagers identifying as transgender has exploded. Advocates say it protects young people from marginalization. Some experts, however, many of whom consider themselves survivors, warn against treating adolescent confusion with drugs and surgeries that have irreversible physical and psychological effects. In the first part of this series, the Washington Examiner speaks to some of these women who are still struggling with their decision years later.

The mournful post on Reddit, “My consent was not informed,” details a grim future for a woman who pulled herself out of a transgender lifestyle: weekly injections, diabetes medication, pain, lack of energy, and “who knows what else” for the rest of her life.

“I was a child, allowed to destroy my body permanently, under the assurance that I can always change my mind, and that it’s a beautiful, harmless process,” wrote Lgbtcos in February . “The informed consent model is a lie, because we are just guinea pigs to a medical experiment, my life is permanently afflicted, and I was not informed.”

The missive was on the Detrans subreddit, which currently has 23,000 members. It caught the eye of Candace Sharpe, 22, who has undergone her own hellish surgeries. She answered the post.

“NO CHILD OR TEENAGER CAN CONSENT TO THE MEDICALIZATION, STERILIZATION, AND NONREVERSIBLE EFFECTS OF TESTOSTERONE AND/OR SURGERY,” Sharpe wrote. “This is an almost unbearable loss. I’m here with you and it hurts so bad.”

Social media is filled with a neverending stream of detransitioners who are trying to undo the effects of hormone therapy and invasive surgeries such as hysterectomies and mastectomies. March 12 was designated as Detrans Awareness Day, and social media was flooded with postings from people describing their efforts to leave the transgender lifestyle.

when i was 15, lonely, and hated my body, i got sucked into gender ideology online.

my school encouraged me and i was easily prescribed a high dose of testosterone at 18, and it was very damaging.

The average age to detransition is 23, approximately five years after undergoing transition, a clinical survey of 237 participants showed. Seventy percent realized that their gender dysphoria was related to other issues, such as existing depression.

Sharpe, who lives in Canada, was a withdrawn child who was bullied at school and spent an inordinate amount of time online. Her home life wasn’t great, so when she told her mother she was a boy, the answer was to see a psychiatrist and obtain antidepressants. No one inquired why she thought she was a different sex. This evolved into puberty blockers and testosterone injections at 15. 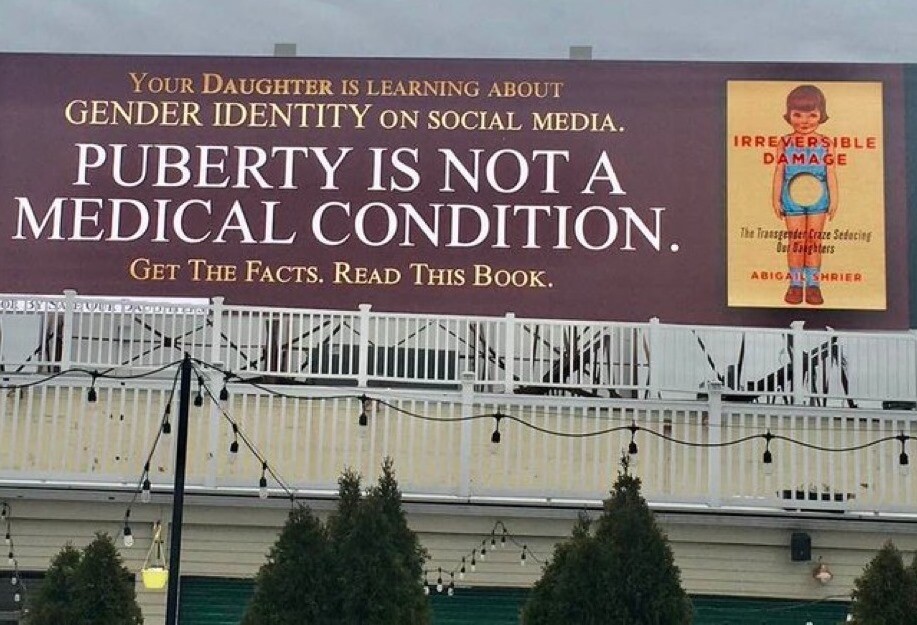 She started having infections and pain with the testosterone that lasted years. At 17, a doctor pressured her into getting a full mastectomy followed by a hysterectomy at 19. In Canada, teenagers can undergo surgery at 16 without parental consent.

Regardless, Sharpe said her mother approved of the surgeries.

“It was sold as this thing that’s no big deal. If you don’t like a body part, just get rid of it,” Sharpe said. “Now, I have chronic pain all over my chest. I’m stuck on painkillers. The doctor sold it like it was worth the risk because, ‘You need it.’ Does anyone really need that kind of surgery, especially a young girl at 17?”

The story of Athena, 22, is similar. As someone who didn’t have a lot of friends growing up and was being treated for depression, Athena found a sense of belonging when she befriended a group of transgender adults. She lives in Seattle where society and especially medical professionals see this lifestyle as a cure-all, she said. 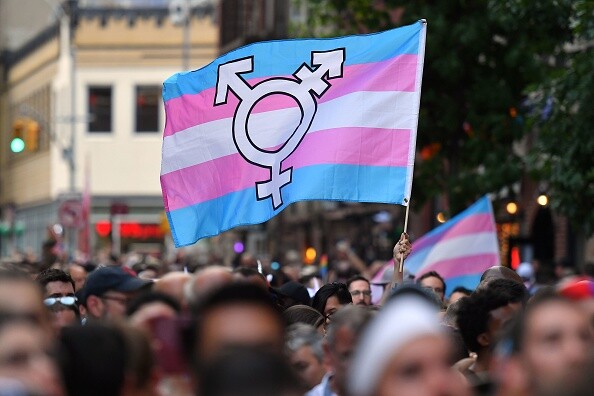 Athena was diagnosed with gender dysphoria at 16 and, five months later, underwent a double mastectomy. Initially, her parents balked at the surgery but were talked into it by a psychologist and primary care physician who “told them that I was going to kill myself if I didn’t get it,” she said. “I was told by the psychologist that kids with gender dysphoria will become suicidal if they don’t get the treatment. I was also told if I said I would kill myself, I would get what I wanted. It worked.”

Athena said she believes she was pressured by the doctors who told her she was in “dire need of medical intervention.”

After the surgery, Athena said she looked at her chest and knew she had made the biggest mistake of her life. However, she forged ahead with hormone therapy because “I had come this far.” Her physical transition included a deeper voice and hair growth all over her body.

Then, when she turned 19, Athena decided to revert back to her old self. But it wouldn’t be easy. Four years after stopping the testosterone, her body hair continues to grow. She will need 30 electrolysis treatments on her face to get rid of the beard and mustache permanently. 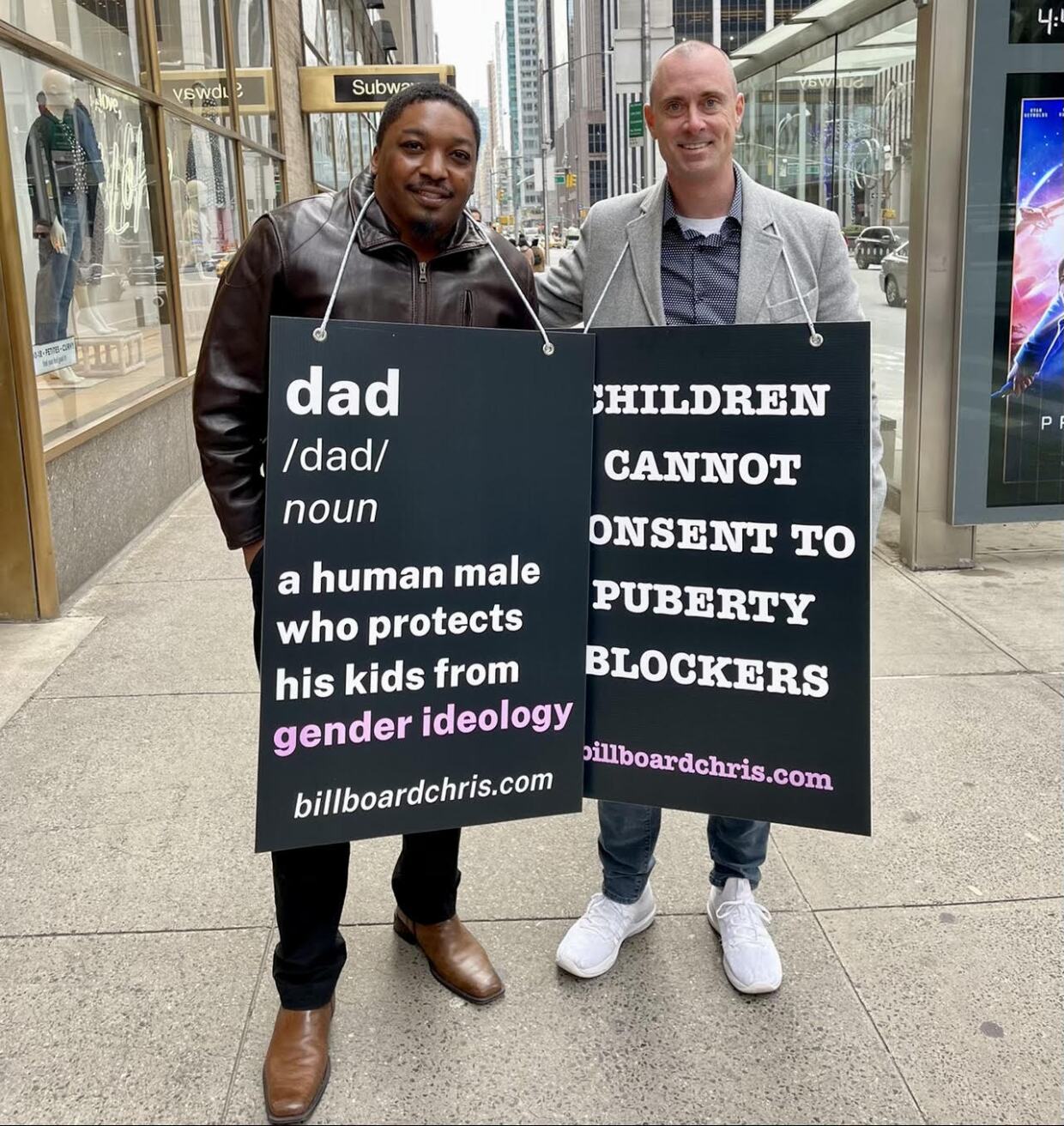 She is now in a long-term relationship with a man, but, after having three miscarriages, Athena believes having children is out of the question. Her ovaries are at risk of growing cysts.

“I don’t understand how people don’t realize how abusive this is,” she said.

For Sharpe, talking to detransitioners on Reddit is therapeutic. She wants to help others avoid the trauma she endured.

“Young girls need to know that what they think they hate about themselves is so superficial,” she said. “Society gives the message that you just need to be a boy so you don’t need to deal with the pressures of being a girl.”

It’s only been a year since she “snapped out of this” and is now spending time learning to live with herself. She is debating whether to file a lawsuit against the doctors who did not fully explain the dangers of her medical procedures.

She recently wrote on Reddit: “I’m gonna tell u from experience the coddling of transgender ppl and their delusions … You are going against fundamentals of nature, immutable stuff, and damaging yourself!!! no such thing as sex change, only sterilization. people won’t want to date you. your health declines. your body suffers. your social life suffers.”

‘We are just guinea pigs’: Women describe trauma of transitioning as teenagers
Ukraine’s top military medical commander brags about ordering mass CASTRATION of all wounded Russian soldiers in latest Nazi-like eugenics celebration
Atty. Tom Renz to sue Big Pharma, hospitals for harmful COVID-19 treatments
Nurse activist: Healthcare workers who supported COVID-19 hospital policies should stand trial for deaths they enabled
Texas “gender identity clinic” exposed for performing double mastectomies on 12-year-olds
“Cancel culture” hits the medical system as European hospital REFUSES to treat Russian patients who have nothing to do with the war
Justice is coming for the COVID conspiracists
Doctor admits “we were all wrong” about COVID mandates
Top 7 diseases and disorders for which Allopathic medicine PRETENDS there is no prevention or cure
Simply evil: Forced sterilization still legal in over 30 states