As Germany’s green dream becomes a nightmare, Asia and Russia power ahead with nuclear power

(Natural News) During the past few decades, a quiet but all the more important divergence has begun to evolve between Asia und Europe: their respective attitudes towards climate change and nuclear energy. In their crusade against what they perceive as a looming climate catastrophe, most European nations are focusing on reducing carbon emissions. Among them, Germany has taken the lead. Its first step was to scrap its fleet of nuclear power stations. Moreover, coal-fired plants are being decommissioned  one after another even before the nuclear decommissioning is completed. The ultimate goal is a net zero society exclusively powered by renewables, mainly solar and wind.

It’s a green’s dream that is slowly morphing into a nightmare for ordinary people.

In stark contrast, the far more pragmatic Asian countries have preferred instead to pay lip service and care about their people. Instead of fatally crippling their energy infrastructure, they are increasingly opting for nuclear power.

More and more nations have already installed or are on the brink of installing nuclear power stations. In this field, Russia has clearly taken the lead, followed by China, South Korea and Japan. These four nations have mastered and developed native nuclear technologies of their own and are now exporting them. Among them, two behemoths stand out: Russia as the clear world leader in the field of exporting nuclear power generating plants, and China, a rather new kid on the block but with a high potential to quickly evolve as another key player in this field. 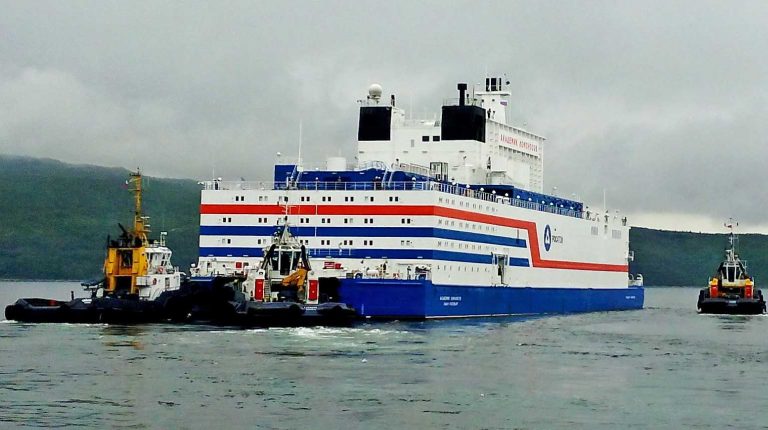 With respect to nuclear high-tech, Russia has three decisive advantages: it does not fall for the CO2 climate hoax of the big cats in the US financial industry 2), and as one of the earliest and biggest player in the field of nuclear power and arms technology, it has a large nuclear industry. This industry masters all stages of the nuclear cycle such as mining, enrichment and fuel processing, engineering, machine building and power generation equipment through to nuclear services, maintenance, fuel reprocessing and a closed fuel cycle.

Another aspect is that the vast nation has an incredible wealth of mineral and natural resources of all types, including some of the world’s largest reserves of fossil fuels. Russia is thus a first-tier energy and resources giant, and it has systematically used these advantages to carve out a leading role when it comes to energy exports including the export of nuclear power installations. 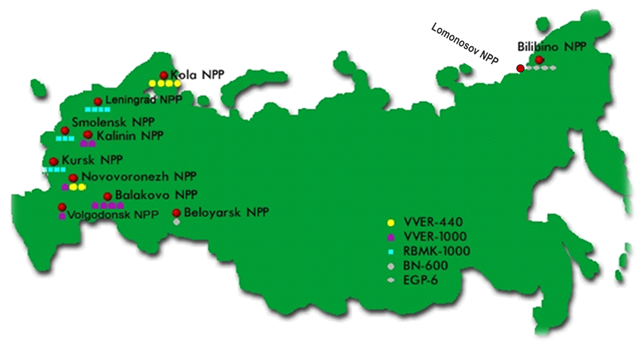 Currently Russia is operating 38 reactors at 11 nuclear power plants contributing 20.7% to the production of electric power. The biggest contributor is natural gas, but the country would rather prefer to sell it abroad, where it fetches much higher prices. The latest Federal Target Programme thus envisages a 25–30% nuclear share in electricity supply by 2030, 45–50% by 2050 and 70–80% by the end of the century.

The reactors in service range from older soviet-era models through state of the art Gen. III models and to advanced designs such as fast reactors e.g. the BN 600-800-1200 series. A next generation of fast models cooled by sodium and lead-bismuth is already on the drawing boards.

The list is complemented by small modular reactors such as those in the floating power plant “Akademik Lomonosov”. Design lifetime for new reactor models is generally 60 years. Ample supply of well-trained human resources is secured by training centres and technical colleges with a yearly throughput of some 18,000 technicians and academics 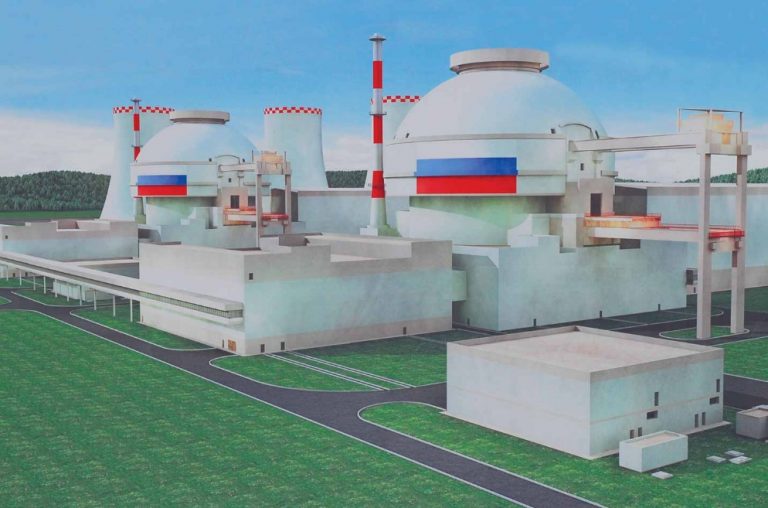 The country’s nuclear industry offers a level of skills, technologies and services hard to match by other countries. Prices are in the lower range.

In a survey assembled by the World Nuclear Association 4), domestic prices ranging from 2050-2450 US$/kW and a construction time of 54 months are mentioned. For the BN 1200 fast reactor, an energy price of 2.23 ct/kWh is given, while for export reactors of the VVER type, 50-60 US$ per MWh in most countries is indicated.

The Russian one-stop-shop, full service packages from cradle to grave are very attractive, especially for emerging and third world countries. Even take-back and disposal of spent nuclear fuel are taken care of. Risks are minimized since all design projects meet modern international requirements and IAEA recommendations.

Compare this to the deplorable state of the industry in the Western world, where the likes of Siemens, Areva or Westinghouse grapple with frightening delays and cost overruns. No wonder thus the State Atomic Energy Corporation (Rosatom) holds first place in terms of the number of simultaneously implemented nuclear reactor construction projects (35 units abroad at various implementation stages). In 2020, Rosatom’s package of foreign orders exceeded US$138 billion. 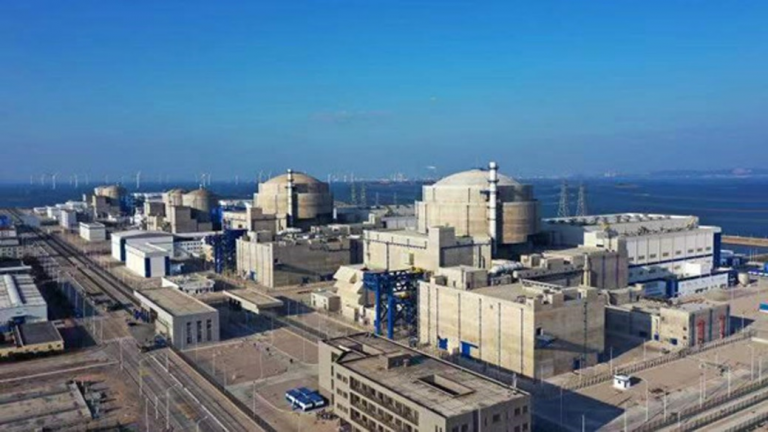 Figure 4. On January 1, 2022, the third Hualong One (HPR 1000) with a capacity of 1161 MW was connected to the grid as unit 6 of the Fuqing Nuclear Power Plant of China National Nuclear Corporation(CNNC) (Photo: CNNC)

The prospective next best competitor will probably be China, though the country started much later and still has not the same wealth of experience and technology bandwidth. Notwithstanding these shortcomings, China has demonstrated astonishing prowess in its learning curve and has in the meantime developed and brought on stream a variety of modern reactor designs such as the Gen. III pressurized water reactor Hualong one. After receiving a first order from Pakistan, China has just succeeded at convincing Argentina to opt for this model too. And further interesting developments including the first commercially active high-temperature gas-cooled “pebble bed reactor” (PBR) nuclear power plant 5) as well as a small modular reactor are in the pipeline. Given the impressive track record of Chinese machinery and construction work deliveries in many countries around the globe, they will probably soon gain a solid foothold in this field. 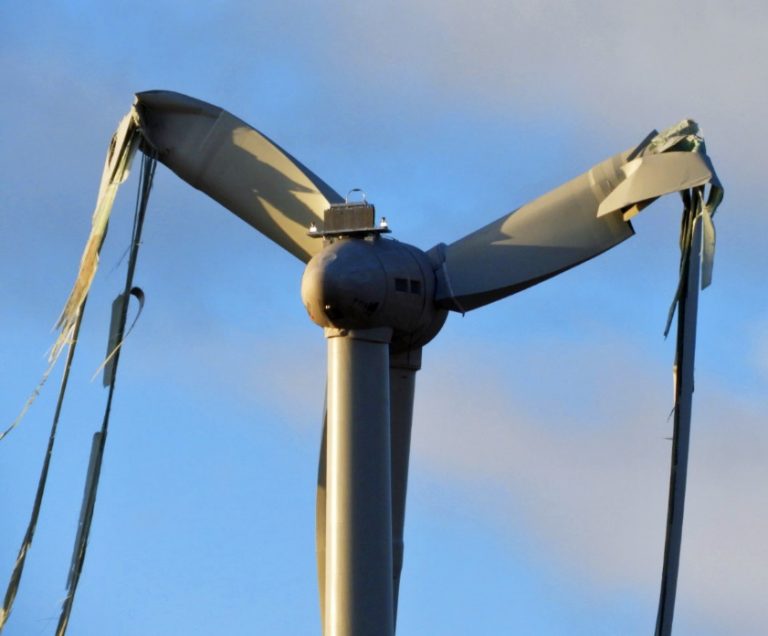 Figure 5. Contrast program: In its quest to save the world from CO2, Germany is shutting down its last nuclear reactors and intends to erect many thousand wind energy plants instead (Photo: Gudrun Ponta)

Massive market on a world-wide scale

Western countries, including the US, will find out that their policy of obstructing the natural resources sector, including the fossil fuel industry, with their “leave it in the ground” policy is backfiring seriously.

In order to boost their economy, create jobs and feed their growing population, third world and developing countries desperately need cheap, reliable energy supplies. The “net zero” campaign strangling fossil fuel producers by cutting their financing off has led to dramatic increases of energy and raw material prices. The current level will probably not ease away in the near future, forcing politicians worldwide to rework their energy supply strategies.

“Renewable” sources such as solar and wind are no alternative for countries in need of reliable und steady supplies. The consequence will be a boom in demand for nuclear energy. And thanks to the Greens and Gretas of our times, Russia and China are in an ideal position to reap these fruits. Demand will be so massive that only countries with a big, well-oiled industry base, sufficient financing power and a well-organized supply of human resources will be able to fully participate when demand will overwhelm smaller suppliers.

For people not believing in this scenario, a look at France might be enlightening. Despite already having 56 nuclear power plants, president Macron has just decided to order the construction of up to 14 additional ones. With some 65 million inhabitants, the country counts for slightly less than one percent of the world’s population. Scaling this figure up on a world-wide scale delivers a market potential of possibly 1,500 nuclear power plants over the next 28 years. 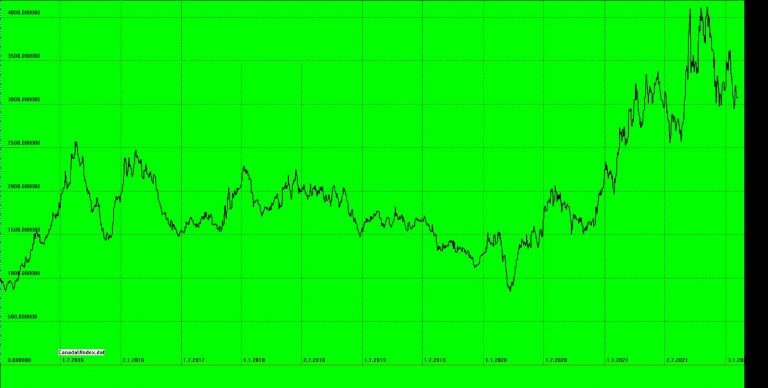 Figure 6. After a long decline, the relative share prices of a bundled selection of Canadian uranium mining companies have suddenly taken off since March 2020 (Graphic: Private)

In view of these developments and factoring in the current political tensions around Russia and Ukraine, one might wonder why Russia should be impressed by sanctions directed at its gas pipelines to Europe such as North Stream 2. While there are lots of competitors in the oil and gas market, no European country will be able to match the clout of Russia and China in this emerging world-wide market. Russia could probably survive losing the German or even the whole European gas market and focus on selling nuclear technology, while on the other hand, Europe would suffer enormously.

The prospects of this emerging renaissance of nuclear power seem to have already attracted the attention of smart money investors growing tired of technology stocks such as Tesla or Facebook.

In this context, it is interesting to note that the combined relative valuation of a bundle of Canadian uranium mining stocks has, shown a marked upward trend since March/ April 2020, after an initial long-term decline, see Figure 6.