(Natural News) The Anti-Defamation League has changed the definition of racism so that it only applies to white people.

The pro-Israel, pro-censorship lobbying group currently defines racism as, “The marginalization and/or oppression of people of color based on a socially constructed racial hierarchy that privileges white people.” Their previous definition for racism said: “Racism is the belief that a particular race is superior or inferior to another, that a person’s social and moral traits are predetermined by his or her inborn biological characteristics. Racial separatism is the belief, most of the time based on racism, that different races should remain segregated and apart from one another. They appear to have changed the definition in July 2020.

Their older definition presents problems considering their own supremacist and separatist policy positions. 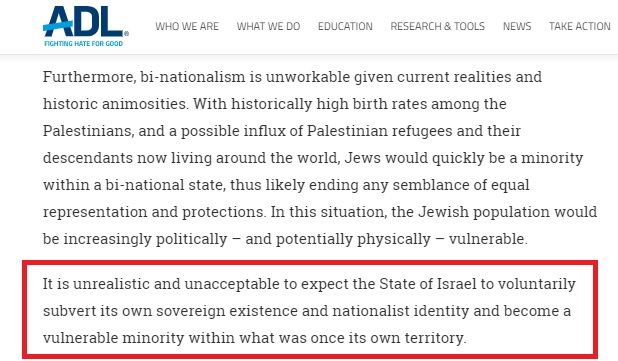 Though the average American doesn’t even know who the ADL is and their website doesn’t get much traffic relative to their outsized influence, Google is now manually giving the ADL the number one result when you search “racism.”

The above search was done today in a private window while logged out. Results can be localized and are not always the same for everyone but there’s no question that they’re being massively algorithmically boosted by Google.

The term racism is said to have originated with communist Leon Trotsky in 1933 but it was only popularized by the media in recent decades. Here’s a Webster’s dictionary purportedly from 1955 showing the term “racism” didn’t even exist:

Even the Washington Post called out the left-wing ADL over its fraudulent claims that “right-wing extremist violence” is responsible for most killings
ADL HOAX: Data showing America has a “right-wing violence” problem is completely fabricated
ADL changes definition of racism so only Whites can be labeled as racist
Anti-Defamation League claims Waukesha attack suspect Darrell Brooks isn’t an extremist
Associated Press wants “extremist” podcasts that challenge fraudulent elections to be eliminated
ADL hails Big Tech censors: CEOs are ‘the 4th branch of govt,’ ‘they’re trying to hold the country together’
Gab’s response to the ADL and CNN
ADL and the fake news media are pressuring Parler to censor ‘hate speech’ accounts
ADL, NAACP call for Facebook boycott because platform supposedly doesn’t censor ENOUGH