Disturbing official data reveals a ‘pandemic of the vaxxed’ is leading to deaths across America, censored by the MSM and corrupted medical establishment, as they rush in tyranny

(Natural News) We seem to have a pandemic of the vaccinated since official data reveals “91% of covid-19 deaths have been among the fully vaccinated since August.” Still, health officials act as if the jab is the answer (along with masks and lockdowns) when it is now the cause of our health problems.

A Denmark study confirms rare heart risk from Moderna jab and the CDC warns Americans NOT to get J&J shot because of blood clot risk following nine deaths since the shot can cause serious blood clots. Moreover, a Columbia University study revealed the true U.S. COVID vaccine death count is 400,000, not 20,000!

But it gets even worse!

Some independent physicians have declared that vaccines will produce long-term unknown effects far worse than the virus!

However, you can pray! Pray! Pray! And eat a Mediterranean diet, exercise, get 20 minutes of sunshine each day, and take a handful of vitamins daily. More about that is below.

And pray some more.

On November 8, 2021, the American Heart Association published a shattering abstract dealing with COVID vaccines in Circulation. That abstract led Dr. Vernon Coleman to write, “Finally! Medical Proof the Covid jab is ‘Murder.’” Coleman says the study is proof that the experimental shots must “stop today.” He adds: “I believe that any doctor or nurse who gives one of the mRNA covid jabs after today will in due course be struck off the appropriate register and arrested.”

Ok, that’s bad news, but what of those who took the shot and now realize their mistake? What can they expect to suffer from long-term effects, and how can they mitigate the vaccines’ delayed but dangerous even deadly effects? 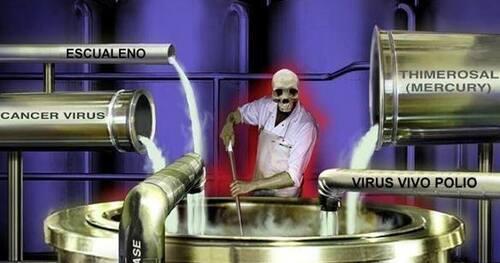 Since no studies have been done, no one knows all the physical ramifications of the vaccines’ consequences or the long-term results of COVID infection. Undoubtedly, each person’s health and age will influence various solutions and determine multiple results. Some shootees may not have any adverse longtime physical impacts, although my untutored opinion is everyone will regret getting the shots.

However, you must realize that both groups—frontline doctors and federal health officials—could be wrong and right about this issue. After all, education in America has been dumbed down for at least fifty years therefore many doctors can’t think critically. There might be a conspiracy to thin the human race (so-called), or it may be simply incompetent and greedy vaccine makers. It’s also possible that the critical, independent physicians could be too cautious, careless, and critical of establishment health officials.

And maybe some people were helped by the vaccine while others were killed or paralyzed depending on the individual bodies involved.

I suppose the two above paragraphs could be correct, but I doubt it, and my equivocation is enough to gag a maggot. I detest being in the middle of the road, but there might be one chance it a million that my hedging is justified. However, it seems only wise to try to reverse the shots’ results.

Drs. Mike Yeadon, Luc Montagnier (Nobel Prize winner), and Vladimir Zelenko believe the COVID-19 shots could reduce life expectancy several decades. As to the shot’s effect on reproduction, they say, “There is an absolute effect on fertility.” Zelenko says, “We just don’t know to what degree yet.” Drs. Stephanie Seneff and Judy Mikovits agree with that claim.

A video clip of Dr. Dolores Cahill, a professor at the medical school at the University College Dublin in Ireland, claims that “COVID-19 mRNA vaccines will cause widespread deaths in the coming years.” Cahill, the most censored Irish citizen, alleges “anyone who’s over 70 who gets one of these mRNA vaccines will probably be — sadly die within about two to three years.” The professor says that any vaccinated person of any age can expect to die “within five to 10 years.”

The medical establishment vigorously declares there is no medical evidence for such shocking claims. And she may be a shock doc.

The CDC website assures us, “Serious side effects that could cause a long-term health problem are extremely unlikely following any vaccination, including COVID-19 vaccination. Vaccine monitoring has historically shown that side effects generally happen within six weeks of receiving a vaccine dose. For this reason, the FDA required each of the authorized COVID-19 vaccines to be studied for at least two months (eight weeks) after the final dose. Millions of people have received COVID-19 vaccines, and no long-term side effects have been detected.”

“Eight weeks” does not qualify as long-term. 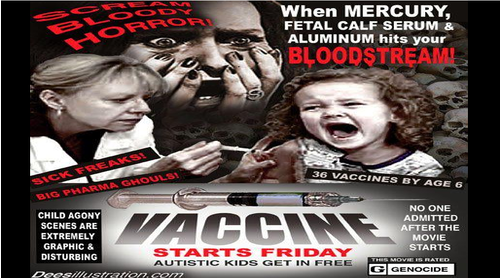 While some claim the vaccine helped them, no one can be sure about future consequences. One vaccine critic wrote, “Let’s say you have a really bad head cold so you take a new medication that you think will relieve the pain. And–sure enough– an hour after taking the pills– Presto — your congestion and headache are completely gone. That’s fantastic, right? Wrong, because what you fail to realize is that the medication is laced with slow-acting strychnine that kills you three days later. Do you still think it was a good idea to take the medication?”

What makes federal health officials think there won’t be severe effects from COVID vaccines in the near and distant future? They tell us the vaccine is eliminated quickly from the body, which is untrue since it has been found to stay in the body for up to 29 days. Officials say the vaccine remains in the shoulder area, but that is not true. We are told vaccine side effects show up within weeks, if at all—which is a misleading statement. How many weeks: five or 15 or 50 weeks?

Officials tell us some rare side effects from COVID vaccines must be weighed against the known, higher risks from contracting COVID. However, studies have proved that it is the elderly that are at risk, and if they are treated with HCQ or ivermectin (check the miracle of Uttar Pradesh) shortly after an infection, a large majority survive.

Only parents who religiously obey whatever the AMA and their family physicians say, or morons have their children vaccinated when there is practically no danger of children contracting COVID. Or, if infected, they seldom experience serious consequences. So, why expose children to the vaccine risks everyone knows are there?

Vaccinating those not at risk is unprecedented; however, the vaccines must be sold. Moreover, I have visions of a foolish, false, flip-flopping Fauci who has visions of a Nobel Prize for medicine dancing in his head, but the world would be safer if he were thinking of sugar plums.

Covid newspeak brought definitional changes to words like “pandemic,” “vaccine,” and “herd immunity”
ABORTION WELFARE: Getting an abortion in California is now “free,” thanks to Gavin Newsom
Scientists look to create chimeric mRNA vaccines that can be deployed through food
Dr. Scott Atlas laments the damage caused by COVID lockdowns, medical tyrants
FINDING: Masks will silently deprive humans of oxygen for years to come through microplastic pollution
COVID vaccine coordinator who aggressively pushed mRNA shots dies “unexpectedly” – was it the jab?
America, it’s time to REPORT Fauci, Biden, CNN and the CDC as COVID-19 disinformation spreaders
Nearly every major airline is calling on Biden to drop mask mandate, pre-departure testing requirements
Frontline doctor: Millions will develop AIDS from COVID jabs
DEPOPULATION: Thanks in part to COVID jabs, most US counties lost population in 2021