(Natural News) What if social media existed in the Dark Ages? Users posting a quote by an Enlightenment era figure, and getting censored for it, might have just gotten some idea of what that would be like.

Facebook’s “dumb algorithms” are most likely (or at least, hopefully) behind the decision to “fact check” and censor none other than a quote by Thomas Paine, an 18th century Anglo-American figure whose work was instrumental in inspiring the declaration of independence of the United States.

Even in the current climate of out of control online censorship, it would be a bitter pill to swallow if it turned out there was a human behind this particular decision.

Whatever the case, multiple Facebook and Instagram users were saying on Twitter on Monday and Tuesday that their posts were either removed or that they had their accounts temporarily blocked for uploading a picture of Paine and his quote, reading, “He who dares not offend cannot be honest,” that comes from Paine’s writings in the Pennsylvania Journal, 24 April, 1776.

According to Facebook’s censorship machine, that is false information, worthy of bans and deletions.

The irony of yet another instance of suppression of speech is particularly painful here (no pun intended) given Paine’s own pro-freedom, individual liberty and human rights, as well as anti-slavery stances, that made him a prominent Enlightenment figure.

Well, those quoting him today on social media, like evolutionary biologist Colin Wright are discovering that they live in a different era – where Instagram informs them that their stories containing the image and the quote had been removed for “false information” that goes against the giant’s community guidelines. 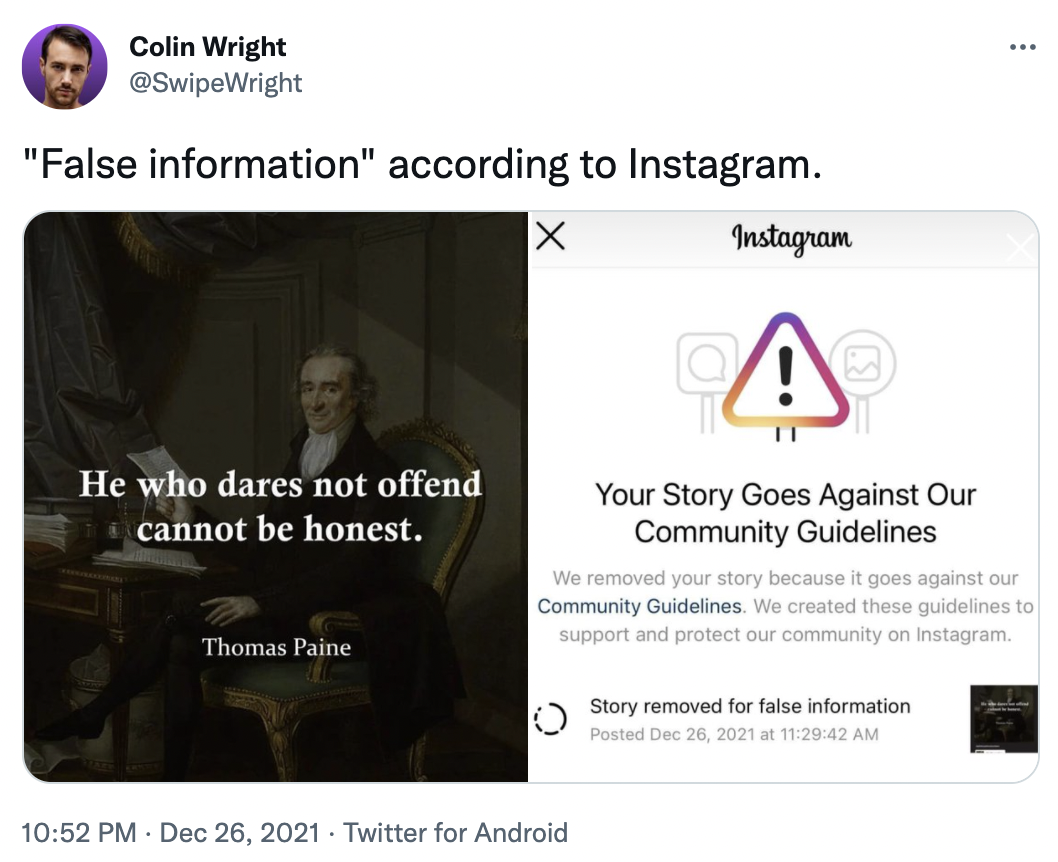 Even by Instagram’s standards – this is the social platform that’s been known to “fact-check” memes for “accuracy of information” – it boggles the mind that posts featuring Paine and his quote are getting removed for being “against (Instagram) guidelines on vaccines misinformation.”

Others have received notifications of 24-hour suspensions on posting or commenting because they “previously posted something” that was not in line with Facebook’s community standards – and also against their “standards” on vaccine misinformation. 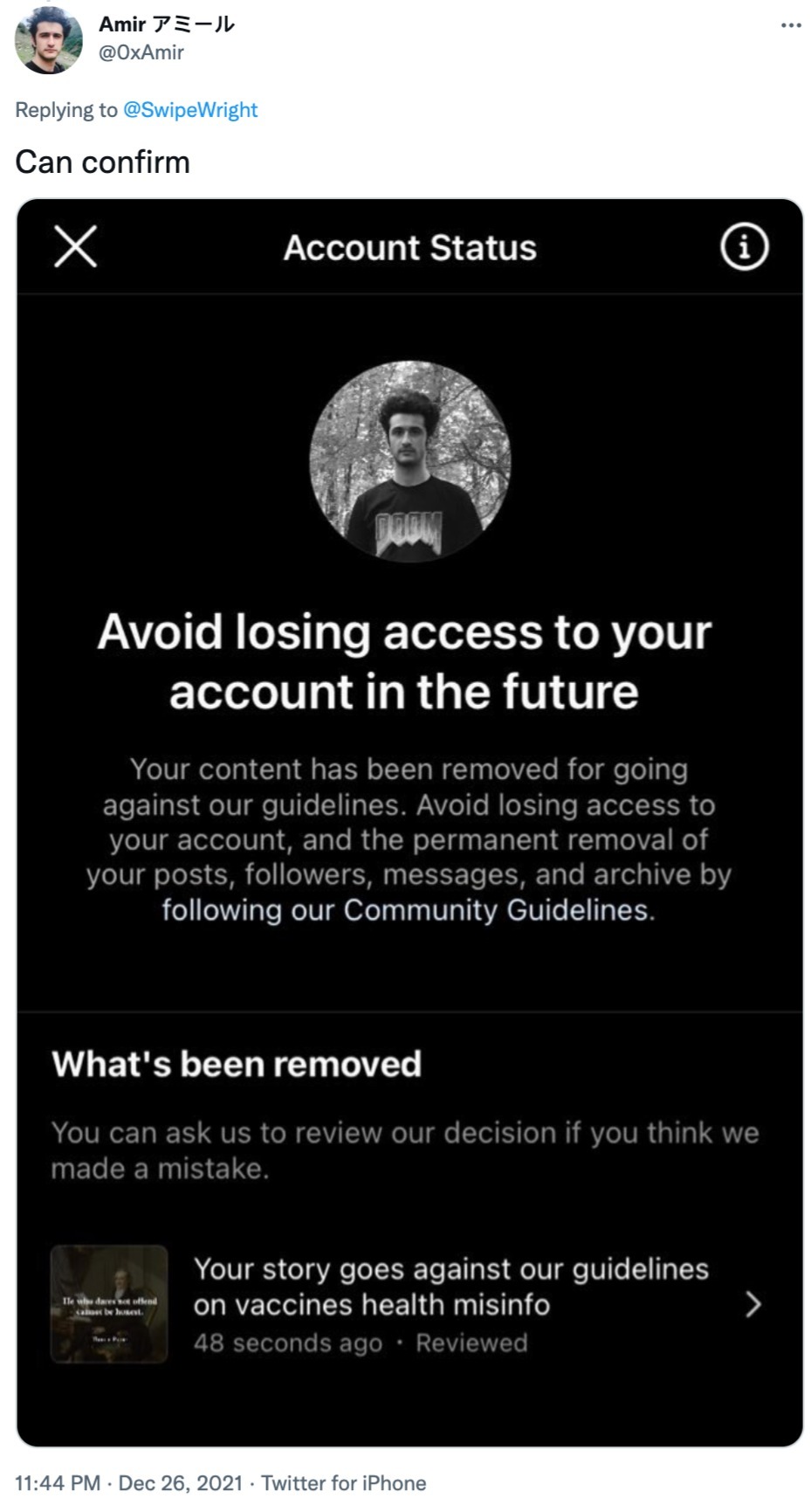 Quite how vaccines fit into any of this is currently unclear.

But Facebook explains that Paine nevertheless uncannily makes vaccine advocates feel unsafe: “We have these standards because misinformation about vaccines can make some people feel unsafe on Facebook.”