Keep up the Delta Airlines boycott – Delta cancels over 100 flights on Sunday, but cites “staff shortages”

(Natural News) Last week President Donald Trump asked for a full and unrelenting boycott of several corporations who are operating as political activists to advance an agenda on behalf of the far-left.   The corporations spoke against election integrity and are opposed to secure election reforms.

(Article by Sundance republished from TheConservativeTribune.com)

Delta is claiming “staff shortages” suddenly appeared in multiple states, simultaneously; that had never happened before, immediately after the boycott began.  This story reeks of Delta cancelling the flights because of the boycott, but they don’t want to admit the reason for the cancellation so they make up an artificial justification.

You decide what is likely.  A coincidental cancellation across multiple states, affecting multiple flights, in multiple locations… or the boycott is working?

Regardless, keep up the pressure !  This can work if the American people commit to the boycott: Major League Baseball, Coca-Cola, Delta Airlines, JPMorgan Chase, ViaCom CBS, Citigroup, Cisco, UPS and Merck.

President Trump has created a movement and collected the largest factual constituency of voters in the nation. This is the hill we stand upon, there is no other fallback position.

The MAGA coalition is the most diverse, widest and deepest part of the entire American electorate. President Trump’s army consists of every creed, color, race, gender, ethnicity and orientation. It is a truly color-blind coalition of middle America patriots and middle-class voters that cuts through the political special interest groups.

Beyond the politics… this 75 to 100 million MAGA-vote assembly are consumers of products, goods and services generated by the same elites that hold us in contempt.  If President Trump transfers and directs that energy, entities and even entire industries can be wiped out.

There is no precedent here.  Seventy-five to one-hundred million angry Americans resolved to a common objective is not something to be trifled with.

We do not yet know where this current political crisis and ongoing battle is going to end; but we do know that 75,000,000 Americans will not accept the outcome of a political process transparently filled with fraud and manipulation. That makes President Trump a very dangerous entity to the DC system, regardless of whether they admit what surrounds them.

There is no reference point for 75 to 100 million Americans being disenfranchised by Wall Street, bribery, corporations, media and big tech. That 75 million person army is fuel for a stunning and cataclysmic shift in the American landscape.

MAGA, Bitches… Trump because F**K YOU, is a very powerful force!

This is a long way from over…. 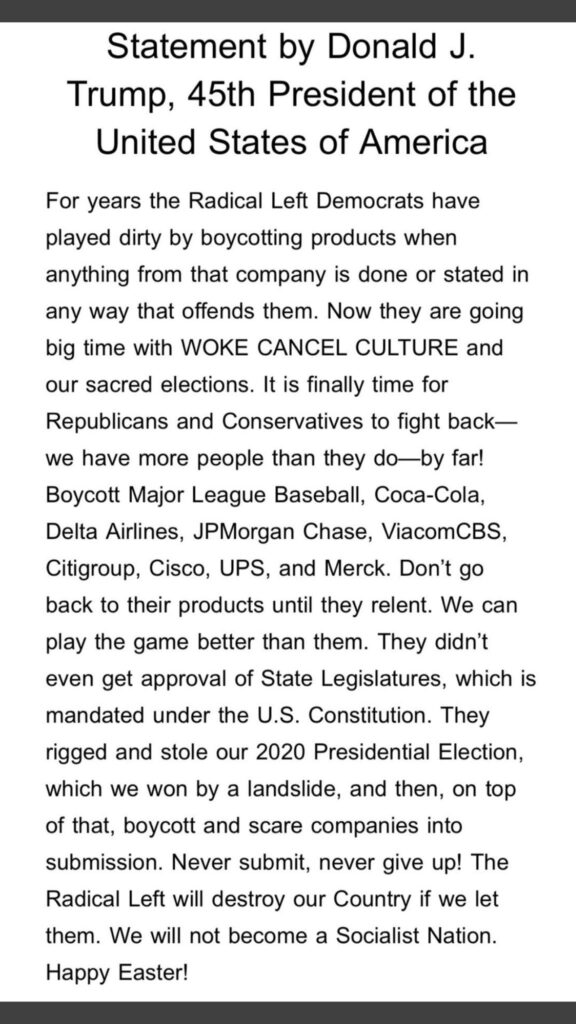 Just had a terrific meeting with President Trump! pic.twitter.com/jGyAnURAky

Previous :FBI Director Christopher Wray has been hiding his connections to a Russian energy company likely connected to Uranium One
Receive Our Free Email Newsletter